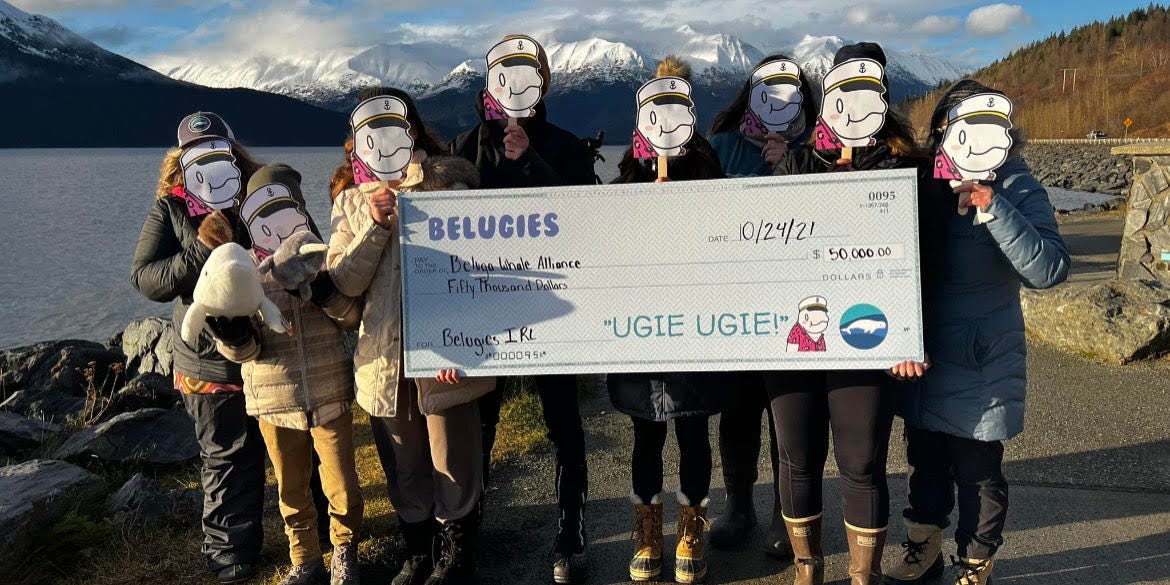 Fourteen-year-old Abigail had the same reaction as most of us when she first learnt about non-fungible tokens (NFTS).

The art-loving high school freshman responded with disbelief when her brother first explained the concept on the phone.

“There’s no way that’s real, [it] has to be a fake thing, but he was telling me about it and surprisingly it was real,” Abigail said. “I can’t believe it, it just seems like JPEGs, you know?”

Her 25-year-old brother Adam has been teaching her about crypto since she was nine when they would go for bike rides. It was only when the concept of NFTs came up that she really started to engage with crypto as she could see the real world use cases.

NFTs exist on the blockchain and uniquely represent either digital or real-life assets such as art, real estate or game artifacts. They can be programmed to ensure the owner of the asset continues to get royalties for each secondary transaction.

Adam, who works full-time as a day trader alongside his 25-year-old fiance Briana, first entered the crypto space in 2016. Abigail started working with her brother in September on a digital art NFT project called Belugies.

“It was just this combination of what I learned with her artistic abilities and limited knowledge, and that’s how we brought Belugies to life,” Adam said.

Buyers in the project receive a unique and cute cartoon Beluga whale designed by Abigail and become part of the Belugies community. They also contribute toward supporting a young artist and making a charitable donation to multiple nonprofits.

The whole process took around a month and a half to bring to life, Adam said. This culminated in a collection of 8,000 Belugies for sale on October 16.

“Abigail was in her home state this entire time until pretty much like a week before launch, so we were just remotely collaborating on all of this,” Adam said.

But from the start, it was more about the donations than profit.

“I love how we were able to donate $200,000 to different organisations,” Abigail said. “When we went to Sunshine kids, they were so thankful and it was like, ‘oh my gosh, we were able to help them and it’s amazing.’ It’s incredible that we had the opportunity to and I’m so grateful that we did.”

A number of influencers in the crypto community were buyers, including SOL Buckets and Solana co-founder Raj Gokal.

Since NFTs can also be programmed to ensure royalties, the project can continue to do good with each additional resale of Belugie resulting in a 5% cut for the team. They will be able to use some proceeds to continue to donate to nonprofits. On October 26, they made around $72,000 in royalties, Adam said.

Abigail decided on Beluga whales because it’s an animal they’ve loved ever since seeing one in the Georgia aquarium. She has strong love for animals with eight pets at home including a bearded dragon named Rafiki, who frequently gets his nails painted.

Once Abigail’s finished her schoolwork, she spent most of the day drawing and designing the characters. Up until recently, most of the drawings had been done on an iPhone 8. She now uses an iPad.

The first step in the NFT creation process is idea generation, which all comes down to Abigail making the Beluga character.

Once the character was formed, they needed to make sure they had enough character traits, such as glasses and baseball caps, to make the NFTs both rare and personable. They ended up with a total of 167 traits.

The next step was for Adam to secure the domain and website, and set the Belugies vision live. From this point on they worked with an outside developer.

The Belugie is made up of various layers from a background layer, the base layer of the white Belugie, the swag layer, the face layer and then the headgear. These layers come together into a PNG file.

The developer uses Node.js to create a script that randomizes the traits and swag across Belugies, ensuring each of the 7,980 PNG files were unique. Abigail and her brother also defined how rare certain traits were amongst Belugies.

“We picked out that the fur coats were going to be like 0.1% rarity,” Adam said.

There were also 20 “legendaries”, which were completely custom and contained no traits.

The 8,000 Belugies are then placed in a zip folder with their metadata. This is uploaded to a decentralized storage solution called Arweave for a cost of around $5,300. This is then leveraged by the developer when building a personal NFT shop on solana through Candy Machine.

The final step is to hit mint when the sale is ready to go live. The artwork was made accessible to buy on Alpha Art, which is part of the solana ecosystem. Costs to set up the project included developer fees and legal fees to ensure they complied with any US securities laws and technology costs, such as the domain and website.

“We chose solana because it’s more eco-friendly and a bunch of people can use it at a time,” Abigail said. ” … 40,000 transactions per second, which is crazy.”

Her brother adds that the gas fees are relatively much cheaper than ethereum’s right now, which makes the project more accessible to the broad range of individuals they are targeting.

But using the solana ecosystem also brought challenges, which future NFT creators need to be aware of.

The Belugies team cycled through five developers during this process. The fourth developer dropped out two and a half days before the sale.

“It’s hard to find solid people in this space, people that keep their word and are honorable people,” Adam said. ” … But it came out, like a blessing, two days before we were supposed to go live. It came together five developers later.”

The Belugies team still have more to come with hopes to launch a kids book based on the characters as well as more events surrounding the Belugies community, which are active on Discord and social media.

“I’m excited that kids are also getting into it, that’s my favorite part  … [I hope that it] inspires young artists  because that’s what I want to come out of this is that more kids and teens, my age and younger, are getting into this stuff,” Abigail said.