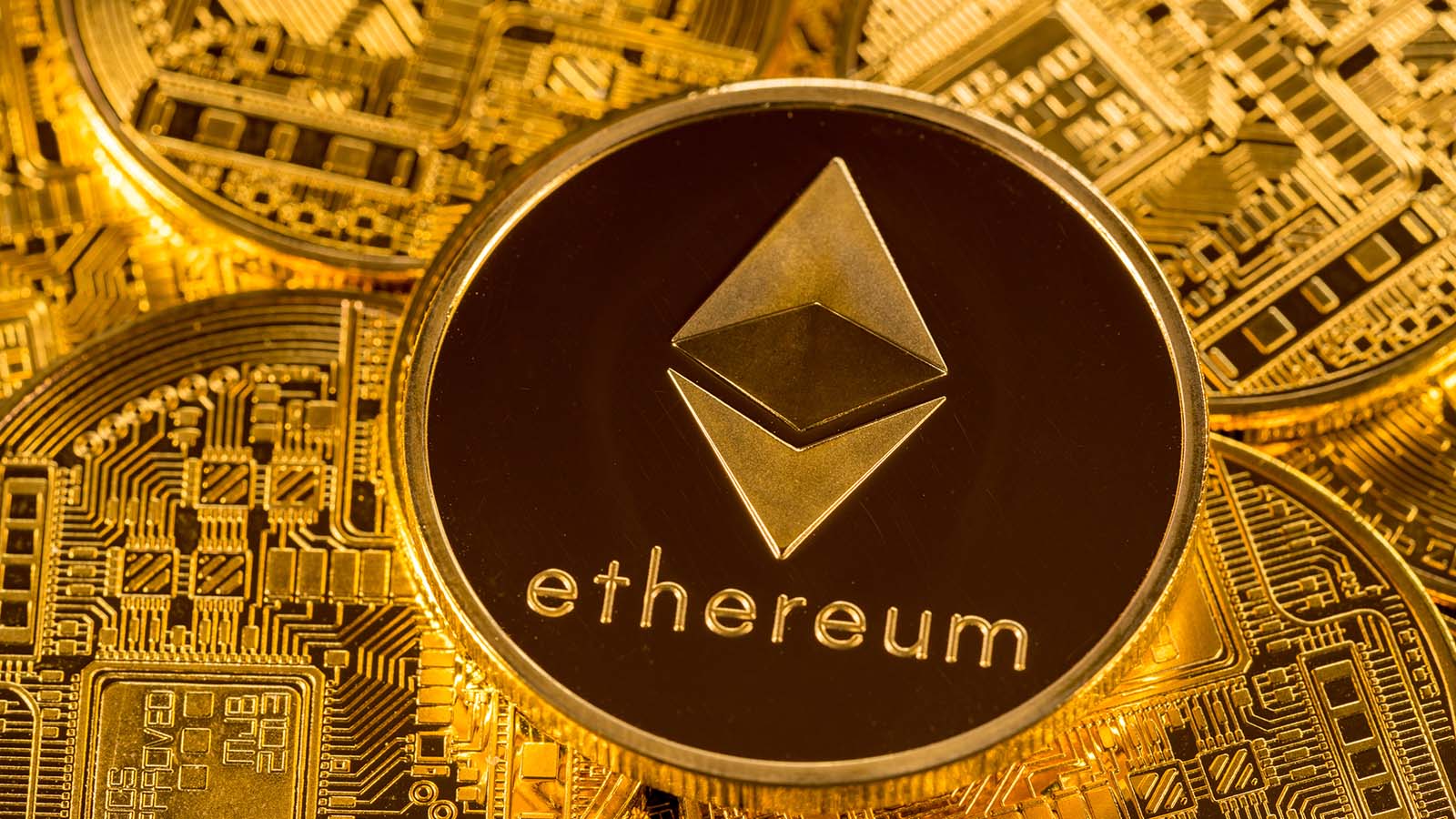 ETH-USD: Ethereum Is Heading Back to All-Time Highs

Ethereum (CCC:ETH-USD) looks set to run to new all-time highs. The cryptocurrency has rallied for three straight weeks, gaining 36% in the last month to top the $4,000 mark.

For what it’s worth, the momentum isn’t contained to just Ethereum. Bitcoin (CCC:BTC-USD) hit new highs, too. And it should help power Tesla (NASDAQ:TSLA), Marathon Digital (NASDAQ:MARA) and others higher too — potentially to new highs as well.

For an asset like Ethereum, setting a new high is more than possible.

Ethereum exploded off the July low, thanks to comments during “The B Word” conference. That’s where Tesla’s Elon Musk, Ark’s Cathie Wood, and Jack Dorsey of Square (NYSE:SQ) and Twitter (NYSE:TWTR) all discussed Bitcoin.

That was enough to trigger a bottom and the rest of the space exploded higher.

For Ethereum, it climbed in 16 of the next 18 sessions, with one of the down days coming in with a loss of just 0.22%. In that run, Ether rallied roughly 85%. Even more impressive though, the cryptocurrency didn’t pull back. Instead, it consolidated the gains (blue circle) before pushing higher again.

Ultimately though, Ethereum got caught up in an “ABC” correction, where support came into play near $2,750. The ensuing rally sent it over the 78.6% retracement, which allowed it to hit $4,000 and top September high near $4,028.

Of course, nothing rallies in a straight line. If the crypto pulls back from here, let’s see if support comes into play near $3,500 to $3,675. Below that puts the 50-day moving average on the table.

There’s a lot of controversy surrounding cryptocurrencies, but there’s nothing new to that statement. Cryptocurrencies are driving traditional investors crazy, given the intense volatility, massive rallies and lack of intrinsic value.

Dimon was quick to say that Bitcoin doesn’t really matter to him though — in other words, he’s not emotionally invested in its outcome — and even said that JPMorgan’s clients feel differently, which is what makes a market.

I don’t think Bitcoin is worthless, as there are buyers of the cryptocurrency. Even when it was much cheaper, there were buyers. Ethereum has taken the role as No. 2 in the crypto world.

It not only acts as a store value (investors buying in hopes of appreciating value), but Ethereum also works in a more practical sense. It can be used in transactions and thanks to Ethereum 2.0, these transaction speeds will be much faster.

Ethereum 2.0 will convert the current coin from a proof-of-work system to a proof-of-stake system, which will ultimately cut back on energy spent on mining operations and improve Ethereum’s network speed.

Ether can also be used in smart contracts and it’s the key cryptocurrency powering the NFT movement.

In other words, I think Bitcoin and Ethereum will continue to play an evolving role in commerce and digital payments. The movement has started and it’s gaining momentum. It’s hard to imagine that momentum reversing.

As a result, Ethereum has practical value, as well as a store-of-value catalyst. Combined with the momentum on the charts, I think Ether is heading to new all-time highs.