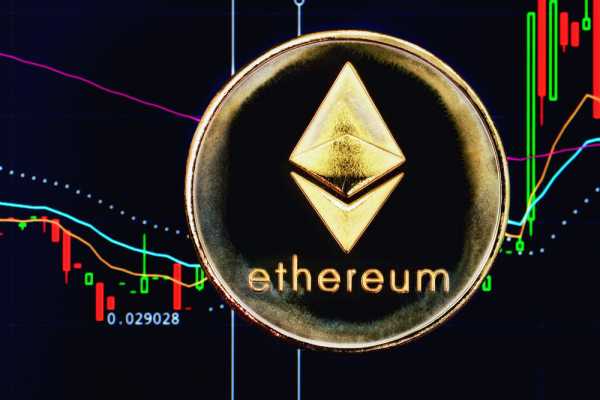 Investors are increasingly finding reasons to be bullish — including the launch of decentralized exchange (DEX) ShibaSwap and a bullish report out of Wall Street — and they are running with both catalysts.

ShibaSwap was built on the Ethereum blockchain, which supports ERC-20 tokens and for which ETH is used as a payment method for gas fees on transactions. According to the whitepaper, they are looking forward to the day when ETH v. 2 is complete so that transactions will be faster and less pricey.

In the interim, the launch of ShibaSwap has strengthened the use case for ETH. ShibaSwap went live on July 6, and the DEX already has USD 1 billion in total value locked (TVL) on the meme-coin trading platform.

Come to https://t.co/P8p0pb5uoZ, and Stake (BURY), Farm (DIG), get rewards, and trade your tokens with us. #ShibaSwap #ShibArmy #Crypto $SHIB $LEASH $BONE pic.twitter.com/Ldi5FmvHpH

Given the pent-up demand to trade and swap meme coins such as SHIB, LEASH and BONE, ShibaSwap has jockeyed its way onto the ETH leaderboard for its use of gas for transactions. Social media accounts say that the DEX even muscled its way into the top three for the amount of gas used. Most recently, ShibaSwap is ranked No. 8 on Ethersacan’s Ethereum Gas Tracker.

The debate about bitcoin vs. Ethereum has been raging ever since the first major cryptocurrency bear market. Now Wall Street is joining the chorus, finding more reasons to pit the bitcoin and Ethereum communities against one another during the current market downturn. With the bitcoin price trading below USD 35K, investors are on edge already, and Goldman Sachs has just added fuel to the fire.

According to reports, Goldman Sachs experts have published a paper in which they suggest that Ether could surpass bitcoin as the coveted store-of-value asset. Normally bitcoin goes toe-to-toe with precious metal gold for this title, but now Ether has entered the fray.

The Wall Street firm seems to think that Ether will muscle its way into the equation, saying that it  “looks like the cryptocurrency with the highest real use potential” thanks to its popularity for smart contracts. Goldman Sachs thinks it’s enough to catapult Ethereum past the leading cryptocurrency, bitcoin.

The analysts also cite crypto price volatility as the reason why neither one of them will catch up with gold in the foreseeable future. Regardless, Ether seems to have enough catalysts to keep the bulls around for a while.