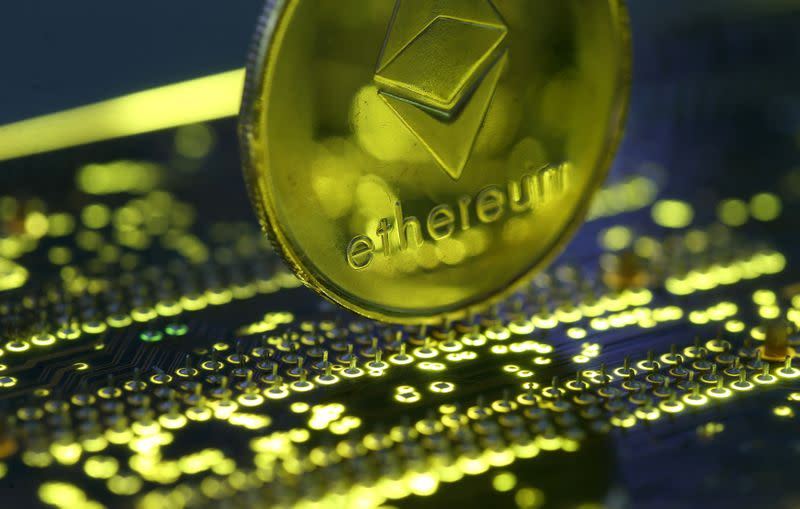 NEW YORK (Reuters) – Ethereum, the second-largest blockchain, went through a major software upgrade on Thursday, which is expected to stabilize transaction fees on the network and potentially reduce supply of the ether token.

The adjustment called Ethereum Improvement Proposal (EIP) 1559 changes the way transactions are processed on Ethereum by providing clear pricing on transaction fees in ether paid to miners to validate transactions and “burning” a small amount of those tokens. The burned tokens will be permanently taken out of circulation.

EIP 1559 is part of a batch of software upgrades called London. Thursday’s Ethereum event is called a London hard fork, which means miners or developers have to download London to remain connected to the network.

Market participants have said EIP 1559’s activation should raise the price of ether as the move will cut its supply. But so far the second largest cryptocurrency in terms of market capitalization was weaker on the day.

“The current price action on ether is going to be largely correlated with bitcoin. If bitcoin reclaims $40,000 and manages to hold that then we can see Ether rally further and test the $3,000 mark.”

Balani remained bullish on ether in the medium to long term as the Ethereum network grows with all the applications on it. He expects ether to outperform bitcoin over a longer time horizon.

Ether was already lower on the day going into the technical adjustment and was last down 4% at $2,617..