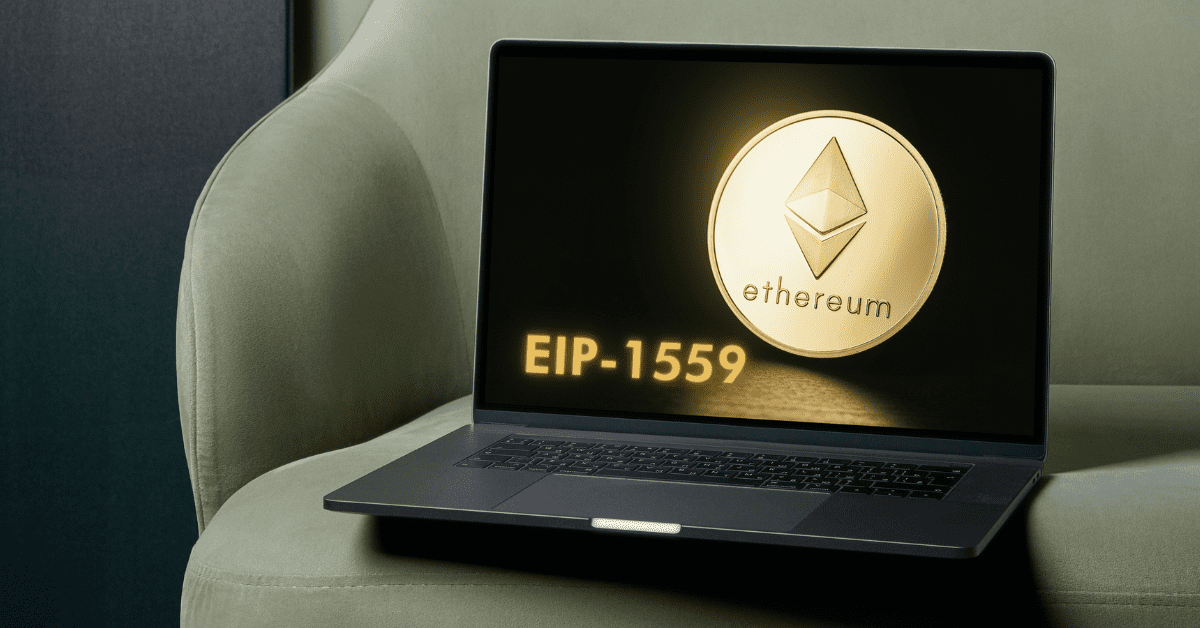 From the Editor’s Desk

As our friends and colleagues in the U.S. were celebrating Independence Day this week, we got to thinking about what an independence day might look like in the world of crypto.

With certain common-sense caveats, we think it could look something like Ethereum. Specifically, the moment at which Ethereum might overturn the dominance of its biggest rival.

Since its launch, Ethereum has lived in the shadow of Bitcoin, its price tracking that of its older counterpart. But as ETH surges in value ahead of Ethereum’s next network upgrade, talk of a breakaway moment is in the air. It’s known in the industry as “the flippening” — the point at which Ethereum tops Bitcoin’s market cap.

On a number of metrics, if not yet price, Ethereum is already outshining its more established competitor. The London hard fork, as the hotly-anticipated upgrade is named, may well propel it to critical mass by other measures, too.

Some industry insiders are even making the startling-to-some suggestion that Ethereum could beat Bitcoin to the draw in the massive U.S. market for exchange-traded funds as regulators come under increasing pressure to bring crypto ETFs into the mainstream.

Ethereum’s prospects vis-à-vis Bitcoin may also be looking rosier in view of the difficulties faced by Bitcoin miners in China, whose operations have been severely disrupted by crackdowns on the crypto sector. Bitcoin mining has suddenly become a lot easier, which may make a return to the sky-high prices BTC reached earlier this year just that much more difficult.

An independence day of sorts may well be in the works.

Until the next time,

By the numbers: Ethereum — over 5,000 increase in Google search volume

Ether — the native cryptocurrency of smart-contracts pioneer Ethereum Network — is surging ahead of its much-anticipated update, the London hard fork. Three testnets leading to the upgrade have already begun operating, and the mainnet is set to follow. The upcoming upgrade includes Ethereum Improvement Proposal 1559, which will introduce a new transaction pricing — or gas fee — structure to replace the current auction format with a base fee. Users will have the option to tip miners if they want their transactions mined faster. Ether was trading at US$2,388 at press time.

The possibility of Ethereum overtaking Bitcoin as the largest cryptocurrency by market cap is nothing new. In the crypto industry, this prospect even has a name: “the flippening.” In June 2017, Ethereum came within range of “flippening” Bitcoin, commanding 82% of the market capitalization of Bitcoin, but events involving CryptoKitties and flaws in Ethereum’s blockchain were exposed, undermining its presumption to market leadership.

On Jan. 1 this year, Bitcoin’s market dominance was 71%, far above Ethereum’s 10%. Today, however, the smart-contract blockchain has 18.1% of the entire crypto market, against Bitcoin’s 42.5%.

Ethereum currently has just 42% of the market cap of Bitcoin, which on the face of it is less impressive than its relative market cap 2017. But while Bitcoin development has generally stagnated and BTC is seen largely as a store of wealth, Ethereum has evolved as a potential backbone of the future internet. The impending London hard fork could see the gap narrow even further.

The London fork is an Ethereum blockchain upgrade set for Aug. 4. It promises significant changes to Ethereum’s transaction fees, which have fluctuated wildly over the past year as the platform has hosted the vast majority of decentralized finance and non-fungible token projects, which have seen exponential growth.

Although the price of Ethereum’s native token, Ether, is just above half the value of an all-time high set in May, as the London upgrade draws nearer, sentiment on the original smart-contract blockchain appears to be increasingly positive.

Data from analytics firm CryptoQuant also shows that Ethereum reserves in cryptocurrency exchange wallets are at a 26-month low, under 21 million ETH. So where did all that Ether go? And what does it mean? The three-part answer may excite the crypto faithful in general and Ethereum enthusiasts in particular.

First, Ethereum’s London upgrade is a critical step in the network’s transition from a proof-of-work consensus model to proof of stake model, and the drying up of exchange reserves and other on-chain data indicates that many ETH holders are throwing their lot in with staking. There are 6,209,058 ETH in the ETH 2.0 deposit contract, representing around half of all Ether in circulation and worth around US$14.8 billion at the coin’s current price.

Second, in the run-up to the London upgrade, gas prices — fees paid to transact on the Ethereum blockchain — have already plummeted from recent highs of around US$73 per transaction in May to around US$7.50, making its DeFi protocols once again affordable to the average punter.

Finally, as Ether flows out of exchanges, a huge easing of selling pressure is under way, which could ultimately help Ethereum’s value surge.

So will 2021 be the year that Ethereum knocks Bitcoin off its perch? That remains to be seen, but the London hard fork could give Ethereum an edge, particularly as proof of stake is widely regarded as less environmentally-destructive than Bitcoin’s super-energy-intensive proof of work.

By the numbers: Hester Peirce — over 5,000% increase in Google search volume

In a recent television interview, U.S. Securities and Exchange Commissioner Hester Peirce — nicknamed “crypto mom” by the industry — said discrepancies between standards had held up approvals of Bitcoin exchange-traded funds Stateside, with the SEC having either declined or delayed the go-ahead to all applications filed so far.

“I thought that if we had applied our standards as we have applied them to other products, we would already have approved one or more of them,” she told CNBC.

The crypto industry in the U.S. continues knocking on the SEC’s door, but despite hopes and more than a few expectations that Gary Gensler’s appointment to the agency’s top job would move the Bitcoin ETF conversation forward, recent comments by Peirce suggests that it might not happen anytime soon.

Setting up a Bitcoin ETF has been on the wish list for many in the cryptocurrency and investment industries for years. As Bitcoin’s market cap and mainstream appeal have grown, the SEC’s refusal to approve Bitcoin ETFs is creating confusion about what requirements the regulator may have in mind for such a product. Many, including Peirce, appear to be tiring of rationalizing behind the rejections.

The SEC may be continuing to cold-shoulder potential Bitcoin ETF offerors in the U.S., but Bitcoin ETFs are already a reality in Canada, Dubai and Brazil. Some may argue that Bitcoin ETFs are an unnecessary addition to the vast array of financial products because investors can simply buy Bitcoin to obtain exposure to it, but many traditional and less tech-savvy investors who are keen to get a piece of crypto market action have a hard time taking the plunge alone.

Peirce highlighted the SEC’s standards SNAFU when it came to Bitcoin several years ago, publishing a public statement of dissent against its decision to reject an application for a crypto-based exchange-traded product filed by the Chicago Board of Exchange’s Bats BTZ Exchange, which sought to list and trade shares of the Winklevoss Bitcoin Trust. Peirce accused the SEC of engaging in “merit regulation,” trying to divine the future of Bitcoin and its long-term viability, and said it was overstepping its authority by applying an unprecedented standard.

The irony is that in ostensibly seeking to protect investors, the SEC’s refusal to approve Bitcoin ETFs may in fact leave them exposed. A Bitcoin ETF would provide retail and institutional and retail investors with opportunities to invest in crypto while benefiting from the relative greater security of owning a fully regulated financial product. ETFs could also save banks and other investors from having to deal with irritating practical matters such as obtaining Bitcoin wallets, dealing with public and private keys, and navigating know-your-customer and anti-money laundering compliance. Nixing Bitcoin ETFs not only runs the risk of being seen to apply a double standard, but it could also channel investors into unregulated and riskier alternatives.

All of which begs the question of whether bids to offer ETFs backed by other cryptos might fare any better with the SEC. An attempt by former Trump administration communications director Anthony Scaramucci and his firm SkyBridge Capital to launch a Bitcoin ETF is among those gathering dust at the SEC, and SkyBridge is now turning its attention to a possible Ethereum ETF.

Ethereum ETFs are also already available in Canada, and given the promise of the Ethereum Network’s technology and the potential real-world utility of its tokens, some in the industry are asking whether an Ethereum ETF might beat Bitcoin to win the first nod from the SEC.

Bitcoin’s mining difficulty dropped by the most ever last weekend as multitudes of crypto miners in China, once the world’s biggest crypto mining hub, are being forced to shut down amid a broad crackdown on the sector.

Although China’s recent crackdown on the crypto industry has been difficult for its once-thriving Bitcoin mining sector, the aftermath may be a net positive for blockchain in terms of decentralization and profits for miners in other countries.

China’s forced shutdown of Bitcoin mining operations has cut the total hash power of the network by more than half from record levels earlier this year as BTC hit an all-time high.

This week, the Bitcoin network also experienced its biggest-ever mining difficulty adjustment, diving 27.94%. That, coupled with the exodus of miners from China, has seen a surge in revenue at those mining outfits still operating in the past few days, according to a weekly report by Glassnode.

As outlined in that report, when Bitcoin was trading in the US$50,000-US$60,000 range in April, the network’s hash rate was also at its peak, with the mining industry as a whole generating daily incomes of US$50 million to US$60 million. Although BTC prices have slumped, miners that have remained in business have seen 38% to 49% of their competition switch off — at least for the short term.

Daily aggregate revenue for Bitcoin miners is now US$25 million to US$30 million, shared among fewer operators. Amid the latest difficulty adjustment, and few miners with which to share the spoils, those still running are seeing their profitability soar.

Bitcoin miners are also scooping up cheap rigs from Chinese miners selling at steep discounts. It’s likely that miners outside of China will continue to enjoy bumper profits until their displaced counterparts find new homes and provide them with renewed competition.