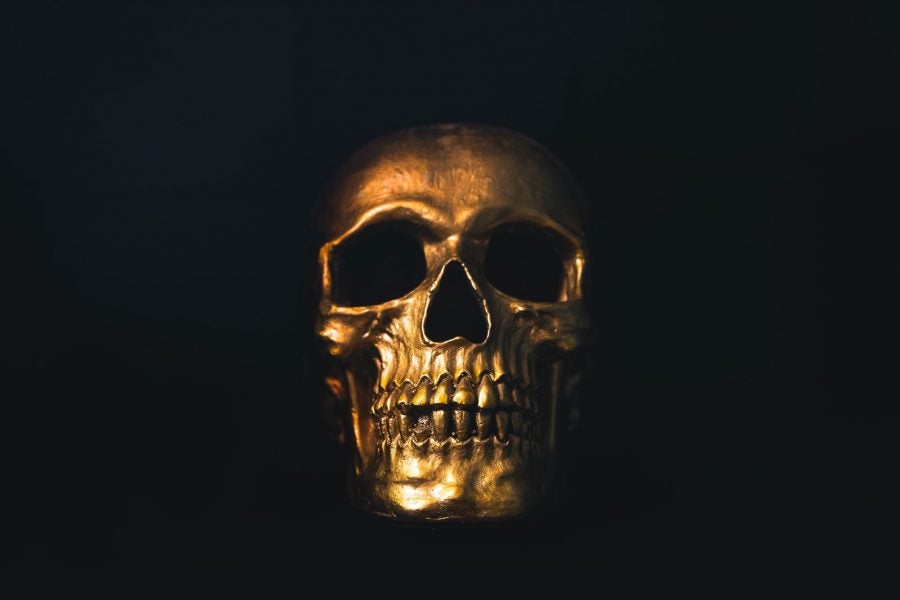 Is Ethereum Dead? The May cryptocurrency crash was terrifying to many new (and old) crypto investors. Ethereum fell more than 50% in a little over a week from near its all-time high. It was trading at about $4,100 on May 14 and dropped to $1,860 at its recent low on May 23. This could reasonably make you think that it’s dead and never coming back. Anyone who has followed the market for more than a few years should recognize this sentiment.

It’s not uncommon in the cryptocurrency market to see 40% or 50% crashes, and there always seems to be a portion of the community claiming that crypto is dead. Every single time before the recent crash, however, they have been proven wrong. In 2018, Ethereum rose to its then all-time high of $4,160 and subsequently crumbled to $130 at the end of the year — more than a 90% drop. Yet, Ethereum recovered and eventually skyrocketed to more than $4,150 only a few years later. Ethereum, Bitcoin or any other cryptocurrency are not guaranteed to make such an astonishing return to greatness again, but history suggests that at least some cryptos could.

Ethereum is an open-source decentralized blockchain with nearly infinite use cases, including digital payments and decentralized applications (DApps). The functionality of Ethereum can be so diverse because it acts as a functional and secure base layer for anyone to build applications and even other cryptocurrencies on. Developers build these applications with smart contracts, which are programmed contracts that self-execute when predetermined conditions are met. Ethereum was the first to introduce smart contracts to a wide audience, although they were originally proposed in 1994 by the American computer scientist Nick Szabo.

Smart contracts have seemingly endless potential in many different fields. Finance has been the main focus of a majority of DApps on Ethereum, and many have performed incredibly well in that space. The resulting ecosystem of decentralized finance (DeFi) apps offers services such as lending, borrowing, staking for interest. DeFi Pulse, a popular ranking and analytics website for DeFi, says that there is about $59 billion worth of cryptocurrency in DeFi applications. Finance is probably the easiest avenue to work out first because it provides monetary incentives for users. However, there are many other promising use cases of smart contracts on Ethereum that should be explored.

The visionary and founder of Ethereum, Vitalik Buterin, believes utility to be the network’s main use, not finance. Recently, Buterin spoke at the Ethereum Community Conference about this topic. In his talk, he acknowledged that there are already some popular utility use cases for Ethereum like non-fungible tokens (NFTs), but he also presents a few promising examples to explore. He delved into the possibility of decentralized social media platforms with censorship resistance and a community focus. Another idea he discussed was widespread Ethereum single sign on protocols similar to the “Sign in with Google” prompt we see every day in apps and websites. Ethereum can bring decentralization to more than just finance. The prospect of diverse and innovative use cases within the network is profoundly exciting.

Buterin published the Ethereum white paper in 2013 when he was only 19, outlining the technology and intentions of the project. In late 2013 and early 2014, Buterin was joined by 7 other talented experts in computer science and other fields, including Charles Hoskinson, the founder of Cardano (ADA) and Gavin Wood, the founder of Polkadot (DOT). The Ethereum Foundation was registered in Switzerland as a nonprofit organization in June 2014 to support and fund the development of Ethereum-related technology. In July of the same year, the first Ethereum crowdfunding presale began. The sale set Ethereum apart from every other new cryptocurrency because it sold more than 60 million Ether (ETH), raising Bitcoin valued at a whopping $18.3 million at the time.

With the substantial funding it earned from the presale, Ethereum was able to launch its 1st of 4 stages. Olympic, the test phase, opened in July 2015. It was focused on fixing issues with the network and set up bounties as an incentive for users to find bugs. In early 2016, The DAO, one of the earliest decentralized autonomous organizations, was founded on Ethereum. Its goal was to be a crowdfunded venture capital firm and managed to raise $150 million of Ether. A hacker exploited The DAO’s faulty code 3 months later and stole $60 million of Ether from its users. Ethereum’s code was not at fault for this attack, but the community and core developer team set out to solve the issue anyway.

Buterin proposed a soft fork where a small amount of code would be added to freeze the stolen funds, and the blockchain wouldn’t need to split in 2. After a few threats from the attacker and a bug was discovered in the proposed solution, the community turned to the harsher option, a hard fork. It would turn back time and reset the blockchain so the stolen funds could be returned. The community debated over the drastic solution for a while, but it was eventually implemented. Most Ethereum users and miners moved to the new and separate blockchain but some remained on the original, now called Ethereum Classic.

The DAO hard fork was a difficult solution to a debatably more difficult problem, and it went against many of the things Ethereum set out to be. It remains proof that the network is not completely immutable and censorship-resistant as long as the majority agrees on the change. However, the blockchain has many more miners and users now and would be tremendously arduous to change in its current state. Ethereum mostly recovered from the controversy and is moving toward its full potential with smart contracts in decentralized finance and beyond.

Why is Ethereum Down?

Ethereum is down for a myriad of reasons, and the impacts of each are difficult to compare precisely. The 1st and possibly foremost cause of the crash wasn’t directed at Ethereum at all. Tesla (NASDAQ:TSLA), the American electric vehicle giant, showed interest in Bitcoin when it announced in early February that it had purchased $1.5 billion of the cryptocurrency. In late March, the company started accepting Bitcoin as payment. This policy didn’t last long, and Tesla’s CEO Elon Musk tweeted a few weeks later that the company had reversed its decision and would no longer accept the cryptocurrency. The effects of major events with Bitcoin almost always trickle down to the rest of the asset class, and Tesla’s reversal was no different.

Bitcoin fell 30%, and Ethereum nosedived, losing 50% of its value only 10 days after Musk’s tweet. In the tweet, he explained that Tesla’s decision arose from the company’s concern over the use of fossil fuels to power Bitcoin mining. It’s a reasonable concern because it uses a tremendous amount of electricity every year, roughly 0.55% of global electricity consumption according to the Cambridge Centre for Alternative Finance (CCAF).

While a significant portion of Bitcoin miners use fossil fuels to generate the necessary electricity, the CCAF estimates that renewable energy sources make up about 39% of it. The figure is nearly impossible to pin down because of a lack of transparency from miners using fossil fuels. Musk recently stated that Tesla most likely will resume Bitcoin payments when it can confirm that more than 50% of the energy comes from renewable sources.

The 2nd event that likely contributed to the crash was the Chinese government’s decision to further its crackdown on cryptocurrencies. On May 18, the government announced that banks and other financial institutions could no longer provide any cryptocurrency-related services. Previous measures against cryptos included the ban of cryptocurrency exchanges and initial coin offerings (ICOs). Ethereum was still hovering around $3,500 before the announcement, but the correction quickly accelerated and by May 23, Ethereum seemed to bottom out at about $1,730.

The cryptocurrency market has recovered moderately in the last few days, at least partially because of the same man who contributed to the crash in May. Musk spoke at a Bitcoin conference with Jack Dorsey, the CEO of Twitter (NASDAQ:TWTR), and Cathie Wood, the CEO and CIO of Ark Invest.

Musk said he would like to see Bitcoin succeed and that he, Tesla and SpaceX all hold the cryptocurrency. He also mentioned that he owns some Ethereum and Dogecoin (DOGE). Ethereum fell to about $1,700, and Bitcoin was trading below $30,000 before this small rally. At the time of writing, the cryptocurrencies are valued near $2,030 and $32,400, respectively. Bitcoin and Ethereum haven’t fully recovered by any means, and there is no reason to believe that they will in the short term.

Where to buy Ethereum

Ethereum is one of the most popular cryptocurrencies in the world, and nearly all crypto trading platforms support it. Some of the greatest cryptocurrency exchange options are Coinbase, Gemini, Binance, Voyager and Crypto.com. A few stock brokerage apps, including Webull and Robinhood, offer Ethereum trading, too. After setting up an account with one of these trading platforms you will need to verify your identity. This generally entails providing your address, Social Security number and a picture of your driver’s license or other valid ID. After the verification process is complete, you can fund your account with a supported fiat currency or another cryptocurrency and buy some Ether.

Bonus: There are too many events to follow that could help Ethereum continue its rally, but some of the most important may include Tesla resuming Bitcoin payments and large investments from institutions.

So, Is Ethereum Dead?

Ethereum is certainly not dead and the recent rally is solid evidence of that. Whether the positive price movement will continue is a completely different question, however. The cryptocurrency community is still split over Ethereum’s short and medium term. Many believe that the incredible 2020-2021 bull market ended with the crash and others believe it’s merely a correction. It’s difficult to determine when we will get a firm answer either way. Ethereum could even trade sideways for months before making any more drastic moves. We’ll just have to be patient and wait to see what happens.

Benzinga crafted a specific methodology to rank cryptocurrency exchanges and tools. We prioritized platforms based on offerings, pricing and promotions, customer service, mobile app, user experience and benefits, and security. To see a comprehensive breakdown of our methodology, please visit see our Cryptocurrency Methodology page.

Gemini builds crypto products to help you buy, sell, and store your bitcoin and cryptocurrency. You can buy bitcoin and crypto instantly and access all the tools you need to understand the crypto market and start investing, all through one clear, attractive interface. Gemini Crypto Platform offers excellent account management options. You can manage your account at a glance, view your account balance 24-hour changes and percent changes. Get started with Gemini now.