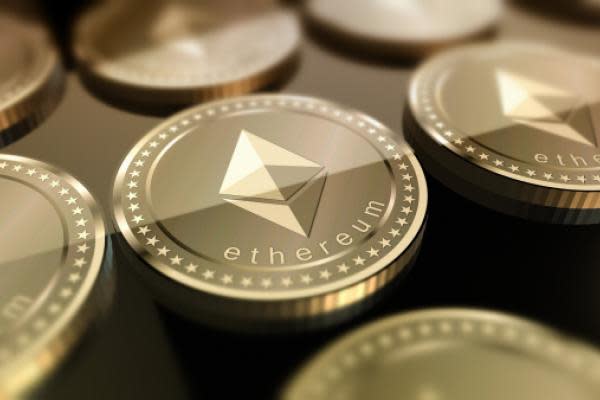 Ethereum is now six years old. But in that short time frame since its launch on July 30, 2015, a lot has happened. Ethereum has established itself as the most actively used blockchain network, while its native token, ether, is now the second-largest cryptocurrency by both market capitalization and daily volume.

To mark its sixth birthday, we examine six reasons why ethereum has intrinsic value.

Ethereum was built as a platform to run programmatic smart contracts and applications via its own currency – ether.

Real-world use cases are already beginning to emerge and sustain value, as the Ethereum blockchain can execute smart contracts that power decentralized applications (DApps) like decentralized finance (DeFi) or nonfungible tokens (NFTs).

DApps are smart contracts programmed for a specific and recurring use. There are over 3,000 DApps deployed on Ethereum as of June 2021. This is more than the total numbers of DApps deployed on any other general-purpose blockchain platform in the world combined. According to the industry tracker DappRadar, the top 10 DApps in 2020 were responsible for close to 90% of transaction volumes on the blockchain.

DeFi is an extremely bullish catalyst for Ethereum. In fact, Ethereum is practically synonymous with DeFi because it powers many cryptocurrencies in the decentralized finance sector. Ethereum hosts more than 200,000 ERC tokens, some of which are part of the top 100 largest cryptocurrencies. DeFi allows users to trade assets and borrow and lend directly to one another without involving banks, and also acts as a means to creatively unlock value – for payments, loans, insurance, and more.

Together, with the accessibility of DeFi and the draw of better interest rates, more and more retail consumers will likely turn to the DeFi space. Even now, there are more than $65 billion worth of assets locked up in DeFi.

2) A New Type of Connectivity

We can think of Ethereum as an infrastructure, one with the potential to revolutionize both finance and technology.

DeFi is potentially recreating the entire financial system. Ethereum-based applications are likely to impact markets, governance, public services, and perhaps even how identity is managed. In the future, we may use the Ethereum platform to change the way mortgage transfers, securities trading and many other fields work.

What’s more, this will happen on a network that can reach anyone, anywhere, who can connect to a public network.

As these ideas come to fruition, Ethereum is a bet on a whole new type of connectivity and innovation layer, another driver in the value of the network.

Ethereum already has an active developer community and user base. It is one of the most popular digital currency networks across all metrics for Github activity, including number of commits, total contributors, total project watchers, and total stars. All of this points to an expanding and diversifying Ethereum ecosystem. For a blockchain, that’s the best story you can tell: a growing network, and key for the value of ether.

Both bitcoin and Ethereum currently operate using the proof-of-work consensus. The verification and confirmation of transactions requires a network-wide consensus by miners, who are rewarded for processing transactions and executing smart contracts.

Ethereum is currently working towards changing to a proof-of-stake model, also tagged as Ethereum 2.0, which dramatically changes the rewards system. The current proof-of-work model does not encourage collaboration, nor does it provide any consequence for malicious behavior. In contrast, under the proof-of-stake model, transaction validators will replace miners. There will no longer be cryptographic challenges to solve. Validators will be required to own ether, and in order to validate a block, they will be required to put their ether stake on the line to certify that a block is valid. This way, if there is malicious behavior, their stake is at risk.

If Ethereum 2.0 succeeds, the blockchain will have significantly more transaction-processing capability. That scalability is needed if Ethereum is to play a meaningful role in the global financial system and to be more environmentally friendly than proof-of-work alternatives such as bitcoin.

Ethereum is different from bitcoin, as measured by two key metrics. Ethereum block times currently stand at between 10 to 15 seconds, compared to bitcoin’s 10 minutes; as well, an ether transaction will show in about five minutes, while it takes bitcoin about 40 minutes to complete a transaction.

This is because bitcoin’s first priority is security. Its coding language and restricted commands make it more difficult to hack the blockchain but adds more time to complete a transaction.

Among other things, the upcoming Ethereum 2.0 upgrade will provide for faster transactions. Part of that upgrade, called the Beacon chain, employs shardchains, which are smaller groups of nodes that process their own portions of transactions in parallel, without needing to achieve a consensus across the entire network. This is meant to improve Ethereum’s scalability and vastly increase its throughput rate. It is expected that the Ethereum 2.0 throughput rate will be able to reach 15,000 transactions per second, allowing Ethereum to match any centralized payment system in transaction processing speed.

Bitcoin has a finite supply of 21 million coins, which is why it is often regarded as a store of value and an investment against inflation. Contrary to bitcoin, Ethereum offers an unlimited number of ether but does cap the amount released each year via the mining process. This removes the perceived scarcity that may be a factor in bitcoin’s higher valuation. Ether’s supply increases according to a disinflationary mechanism that will continue to be adjusted as the network matures.

With Ethereum’s new model, there is a fundamental change in how blocks are created. Instead of rewarding miners for creating blocks, validators will earn a transaction fee for each transaction and smart contract they validate. The more ether that is staked the higher the value because there is fewer ether in circulation. In addition, proof of stake removes the costs associated with mining such as electricity and hardware costs, meaning that fewer ether will be sold by miners and potentially be staked, so the deflationary aspect might come into play in ways it hasn’t previously.

The bitcoin price is a major point in defining the entire cryptocurrency market picture, as well as for ether. The two are positively correlated – when bitcoin rises or falls, the same happens to ether. During the explosive DeFi boom that hit the market during summer 2020, ether’s price rallied to its highest level in more than two years because most DeFi projects are built on the Ethereum blockchain. At the time, bitcoin was struggling to break a similar two-year record. Over the tail end of 2020, with the bitcoin price rally, there was a BTC-to-ETH price rotation, with investors seeing Ethereum, and more specifically the DeFi applications built on it, as a constructive complement to bitcoin, whereas bitcoin became too “expensive.”

Ether is no longer following bitcoin’s price fluctuations as closely as it once did, as it is starting to be driven by its own catalysts. Ether’s correlation with bitcoin was 0.95 in July 2020. A year later, it is at 0.71, according to data from Cryptowatch.

Nearly 320,000 Ether futures contracts (~600k equivalent ether) have traded since launch. Strong institutional adoption and increased trading relative to Bitcoin futures has occurred as market participants use the contract to gain exposure to the token and hedge ether’s price risk.

It’s the kind of market activity worth watching as participants better understand all the use cases and applications of this breakthrough digital currency.

Image by Peter Patel from Pixabay