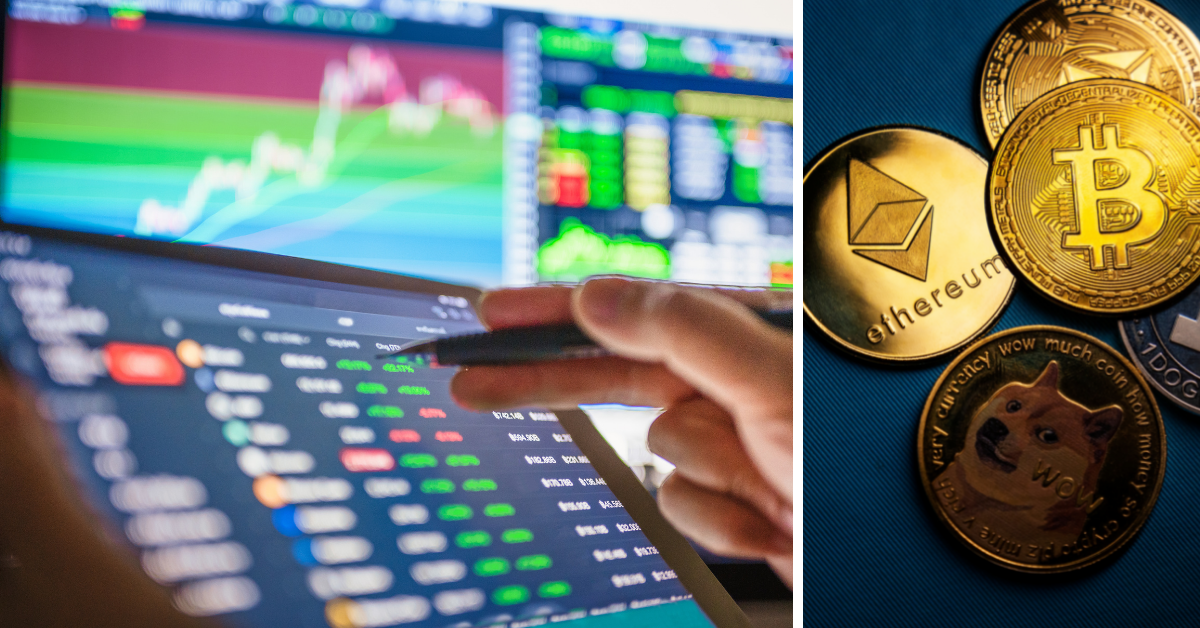 5 Bitcoin alternatives to know about

Did you know there are over 9,000 digital currencies? The biggest and most popular of course is Bitcoin, but some of the alternatives, known as altcoins, have been building in popularity.

Thanks to tweets from Elon Musk, DogeCoin is a well known altcoin, as well as Ethereum, whose founder recently became the world’s youngest crypto billionaire at 27 years old.

So what’s the deal with these altcoins? Let’s take a look at some of the more popular ones and break down what they’re all about.

DogeCoin (DOGE-USD), as you probably already know, is represented by the adorable Shiba Inu meme. It was created by software engineers Billy Markus and Jackson Palmer.

Initially started as a joke, making fun of the speculation surrounding crypto at the time, it now has an avid following with many taking it seriously as a legitimate investment.

Doge is an open source digital currency which means it’s not ‘owned’ by anyone. Or rather, it is owned by everyone equally.

Much like Bitcoin, Doge can be mined and there is a limited number, so as more coins are mined a natural sort of inflation occurs where each coin will be worth more.

Buterin was a huge fan of Bitcoin, but felt that its technology was lacking and had concerns about its longevity in being able to perform at a higher level.

He and his team of programmers designed a new coding language to create more complex ‘smart contracts’.

They were able to secure $24 million (US$18 million) in a crowdfunding campaign. Ethereum was then launched in 2015.

According to eToro, Ethereum aims to be more than just a currency and is finding a wider range of applications for blockchain technology.

One of the most prominent features of Ethereum is the creation of decentralised applications, or dApps for short.

dApps operate on decentralised networks instead of centralised servers where common apps live, which reduces their downtime and chances of being hacked.

Litecoin (LTC-USD) is basically a copy of Bitcoin that was created in 2011 by computer programmer Charlie Lee.

Lee wanted to improve Bitcoin so he copied its code, and added in a few changes to create a new blockchain.

Litecoin looks very similar to Bitcoin on the surface, which is to be expected given how it was made. But Lee’s changes mean that it has a larger supply and uses a different algorithm to secure its blockchain, which is faster and more energy efficient that its predecessor.

Taking a whole new route from the other digital currencies, Ripple (XRP-USD) does not aim to replace the current financial system.

Instead, XRP is working to innovate the current system from the inside. Unlike the other coins XRP isn’t exactly a currency but is a token used to connect currencies together in transactions on a global payment network called RippleNet.

Essentially, users can exchange one currency for another without going through a currency conversion process.

In this sense, XRP can facilitate transactions between cryptocurrencies and regular fiat money.

Unlike the current systems that financial institutions use to transfer between currencies, which can take days and carry high costs, XRP can do the same thing in seconds and costs less than one US cent.

Unlike other cryptos, IOTA (MIOTA-USD) does not use blockchain technology. Instead it uses something called ‘directed acyclic graph’ (DAG).

For every new transaction that goes through the network, two previous transactions will be approved which ties all transactions together in what IOTA calls a “Tangle”.

It’s thought this is a better system than blockchain because it can work on a much larger scale and negates the need for blockchain miners.

This means there can be shorter transaction times and unlike other blockchain networks, can have unlimited growth.

Azim Premji, worth $9 billion, is a college dropout