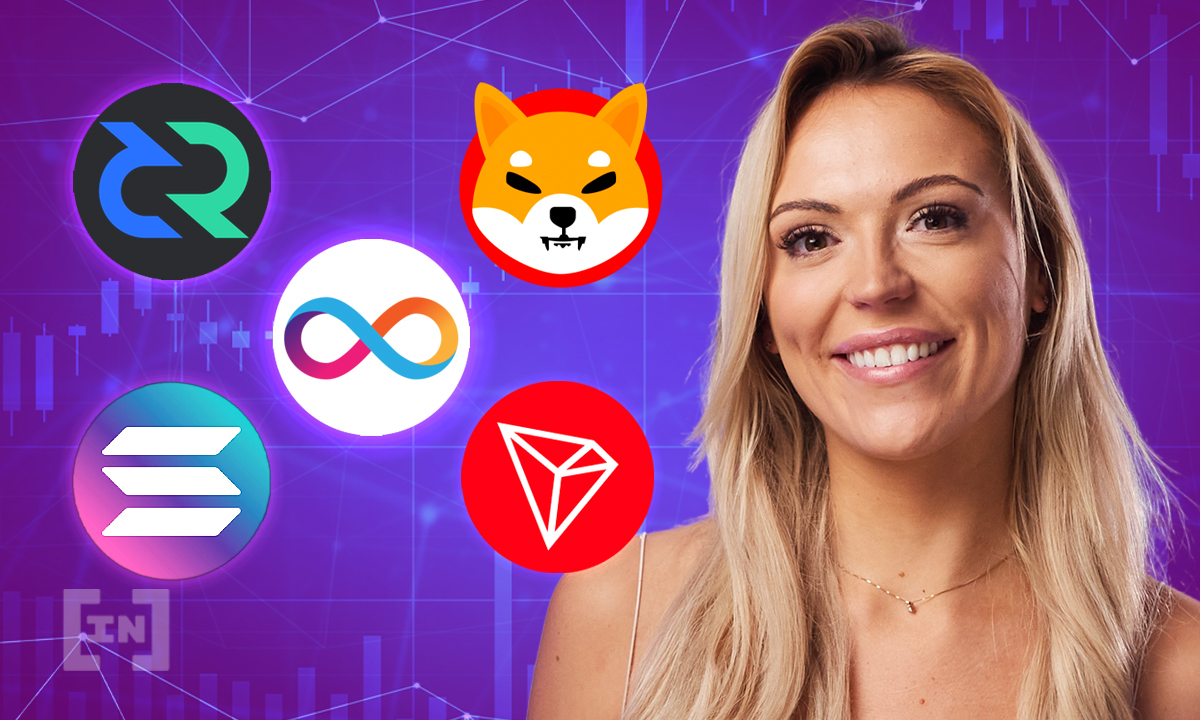 In this episode of the BeInCrypto video news show, host Jessica Walker looks at our list of five top altcoins for the month of July. All five have one thing in common, they’ve all grown with double digits in the last week, but the story behind each of them is different.

You could say Solana became a “buy the dip” coin for a large percentage of traders last week. This is because it reached a resistance of $20 and bounced right back to $26 on the same day.

There were technical chart reasons for that, but we also think two announcements helped out.

The more recent one was the announcement that Pyth, a decentralized financial market data distribution network, has added LMAX Digital, an institutional exchange operator, as its data provider. Markets interpreted this as a sort of institutional approval of the Solana-backed project, and it pushed the price up on a down day for crypto.

Second, the successful $314 million funding round led by Andreessen Horowitz, one of Silicon Valley’s most prominent venture-capital firms. This was complemented by Polychain Capital, a crypto hedge fund that also does VC-style investments.

Next up is Internet Computer, for which we made a detailed video several weeks back. Internet Computer launched its coin about a week before the crash, which was a bit unlucky. But the momentum it has in social media, as well as its mission and backers, have put it at the top of the recovering altcoins. It is also prominently backed by a16z and Polychain Capital.

The price seems to be breaking out on a four-hour chart, but it is still largely susceptible to what larger crypto are doing.

We’d still keep an eye on this one, as its wings don’t seem to have been broken after the 90% crash in its first weeks.

Tron has been completely battered during the crypto crash, but this most recent jump caught our eye. This is because of a signal for a real rebound for the TRX token.

We found out that the active Tron users are now over five million daily active users, and this accumulation could be the reason for the 12% move in the last week. The project’s CEO, Justin Sun, also announced a couple of days ago that Tron is the fastest-growing public chain in the world. So there’s a lot going on here and there could be more sharp moves on the chart.

We had to include the Shiba coin on the list, as it’s grown 12% in the last seven days. The second most popular meme coin was in the news again last week when Elon Musk tweeted about his new Shiba dog called Floki.  This quickly prompted both the #Floki hashtag and that of #ShibaInu to trend on Twitter and across other social media, seen once again as an endorsement from him.

At the time of the recording, the price seems to be at an inflection point, according to some analysts, but you have to expect wild swings with this one, just like with its bigger brother Dogecoin. On the more technical side, the community is waiting for the launch of Shibaswap, the community’s own decentralized exchange. There still isn’t a set date for that with the only indication being that it’ll be ready in the summer.

Our last altcoin on this July list, Decred, had a 20% jump on a rolling seven days basis. It’s actually our best performer on the list. It’s not among the most popular, but it does have a very solid and involved community. This is actually built into how the project works.

Decred (which is short for decentralized credit) was heavily influenced by Bitcoin. This is because it utilized many of the underlying principles of the original cryptocurrency. But in its case, the community approves all transactions and changes made regarding the protocol. So there is no way for big Decred holders to manipulate the operation of the protocol.

It has broken into the top 50 during this rally and with its hybrid proof-of-work and proof-of-stake approach it could be getting some more attention in the weeks and months to come.