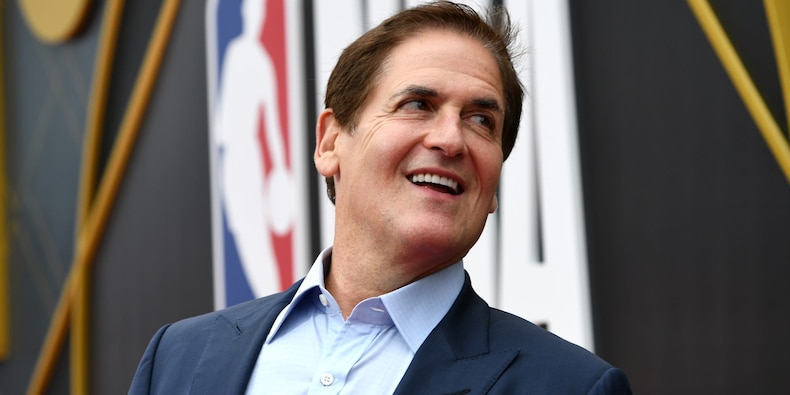 Billionaire Mark Cuban reveals he owns only $500 worth of dogecoin, despite his praise for the meme token | Currency News | Financial and Business News

Mark Cuban disclosed that he owns less than $500 worth of dogecoin, despite praising the cryptocurrency as the strongest medium of exchange.

The billionaire investor and “Shark Tank” star has previously said his NBA team, the Dallas Mavericks, is the meme-inspired token’s largest merchant after it began accepting dogecoin as payment for tickets and merchandise.

“The Mavs have what we sold in merch,” he said in a tweet on Sunday. “I personally own $494 worth of DOGE.”

Cuban was responding to a Twitter user who asked whether the billionaire’s portfolio includes more of dogecoin, or bitcoin. He has a net worth of $5.8 billion, according to the Bloomberg Billionaires Index.

The entrepreneur told CNBC Make It only last week that dogecoin is the strongest cryptocurrency because of its community, a claim backed by Elon Musk. “The community for doge is the strongest when it comes to using it as a medium of exchange,” Cuban said.

He thinks bitcoin is better as a store of value, rather than a currency. Yet, he said in a March podcast that his crypto portfolio consists of 60% in bitcoin, 30% in ether, and 10% in other unnamed coins.

The tech billionaire has built his fortune through a lifetime of business deals, including the $5.7 billion sale of his streaming site Broadcast.com, and his ownership of the Mavericks.

“Between the Mavs and my personal account, its let than $15k in DOGE,” he tweeted on Sunday, suggesting his team hasn’t sold too much merchandise in exchange for dogecoin.

Earlier this year, Cuban said he and his 11-year-old son owned 3,250 dogecoins that were worth about $1,700 at the time. Dogecoin was then trading around 50 cents per coin, but has plunged 34% since then to around 33 cents as of Monday. Still, the cryptocurrency is up about 7,000% so far this year, according to data from Tradingview.

If Cuban and his son still owned 3,250 dogecoins, their holdings would be worth about $1,100. The investor’s latest disclosure suggests either they sold some coins, or Cuban isn’t counting his son’s coins in his calculation.

Cuban has also said Amazon and Netflix are his biggest holdings, with “close to a billion dollars” in Amazon stock alone. He was asked on Twitter why he chooses to only cheer dogecoin, and not his other investments.

“I don’t pump anything other than Mavs merch,” he tweeted. “BUT, the DOGEsphere is fun. Their memes are great. They have fun. They make fun of themselves. It’s fun to be part of.”