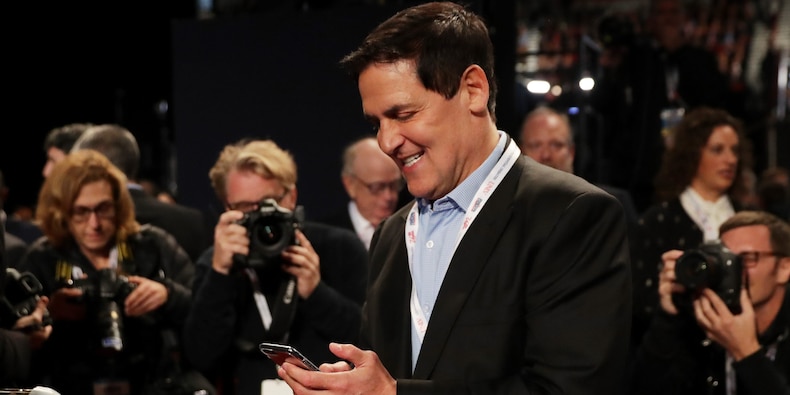 Mark Cuban owns 3,250 dogecoin that he bought with his 11-year-old son, the tech billionaire said in a tweet on Saturday.

On top of that, he said he receives an added inflow of dogecoin from Dallas Mavericks sales of tickets and merchandise. In March, Cuban said his NBA team is the “largest dogecoin merchant in the world.”

The “Shark Tank” host said since dogecoin is mined on a fixed schedule, it could grow to become a feasible payment mechanism.

Cuban, known for investing in unique businesses without relying too much on the stock market, has previously predicted stocks would someday be traded via blockchain.

He admitted dogecoin may not find support over the long-term, but there is potential for users to take it to a new direction from its original intention.

“Like all generational technologies, it takes a generation to grow up,” he said. “Crypto is in the phase where users need to be educated and products and services need to be sold and deliver on their initial promises. Then, crypto can mature to the point we wondered how we ever lived without.”

Dogecoin was last trading 5% lower on the day at 50 cents, but it is up more than 10,000% so far this year. Cuban’s dogecoin holdings, aside from the NBA team revenue, would be worth about $1,690 as of Monday.

The meme-inspired digital asset has been under pressure over a series of events linked to billionaire Elon Musk. But the Tesla boss has suggested it could be a replacement for bitcoin payments made to his electric vehicle-maker.

Dogecoin is one of the least stable cryptos on the market, according to Anthony Denier, CEO of trading platform Webull. “Since many people tie Doge to (Musk), any comments he makes about cryptos in general is going to affect Doge,” he said.” Also, bitcoin leads the crypto market, so for most cryptos, whichever way bitcoin moves, they follow.”