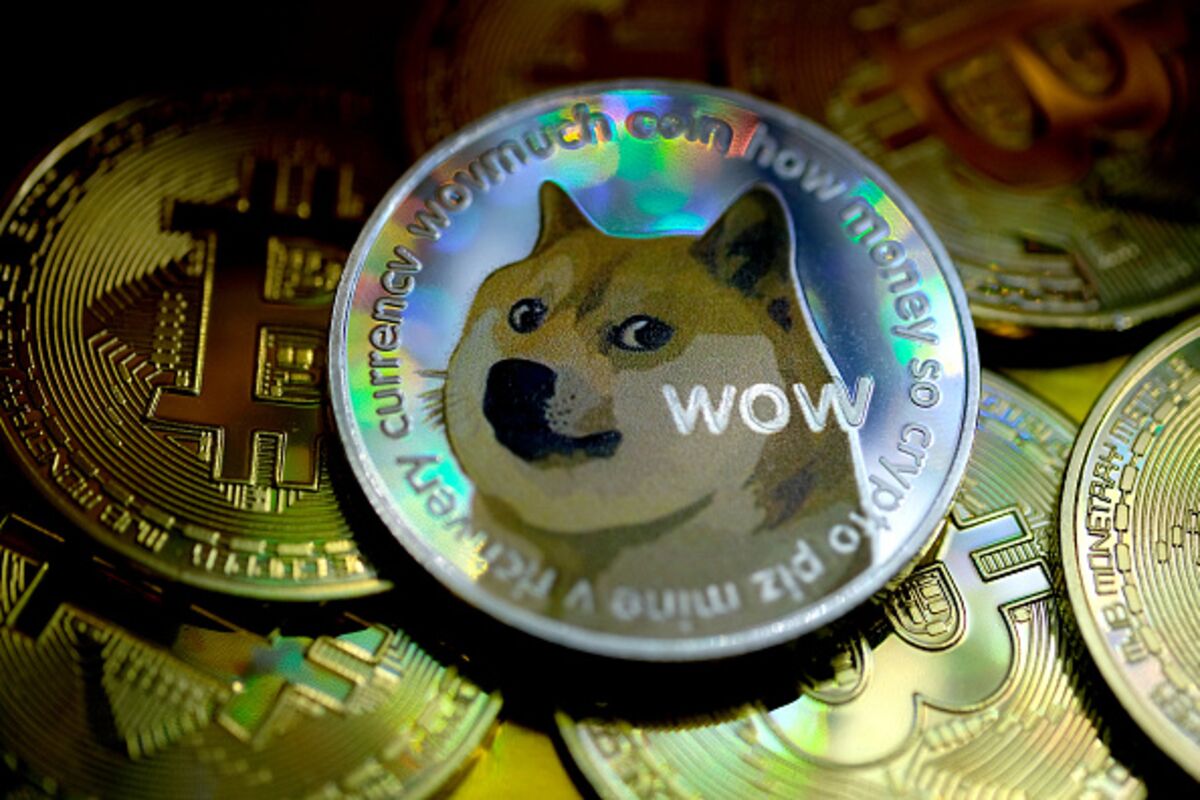 Nic Carter’s first foray into digital currencies was mining Dogecoin in his university dorm room back in 2013.

Created as a joke with the Shiba Inu dog breed as its logo, the meme-inspired token seemed more fun than Bitcoin and its community of diehards.

The 28-year-old now runs a crypto data provider that counts Goldman Sachs Group Inc. among its investors. He’s lost access to a trove of Dogecoin that has surged roughly 200,000% since the token’s inception. But like many industry pros, these days he has little affection for the coin — and has lost no sleep over his trapped profits.

“There’s this parallel industry of people that are just interested in running glorified bucket shops,” said Carter, co-founder of Coin Metrics based in Boston. “For most of us, we’re in this for ideological reasons. It doesn’t really affect us.”

While its meteoric rise mirrors that of Bitcoin, crypto purists like Carter fear it’s a distraction from their grand project of deploying blockchain technology to revolutionize modern finance with everything from decentralized currencies to tokenized art. For those trying to lure big money into the industry with old-school risk controls, the memecoin doesn’t help institutions take crypto seriously while being far too risky for portfolios.

“This could well be a ‘sell-the-news’ event where large holders sell before his appearance on SNL, leaving retail investors with the losses,” he wrote in an email, referring to Musk. “There’s nothing beyond this speculative asset — there are no developers on it, and we’ve not seen ‘smart money’ or institutional investors allocating.”

Bitwise Asset Management didn’t include the token in a a $1.1 billion index fund tracking the 10 largest cryptocurrencies even though it’s now the world’s fourth largest worth $79 billion.

Before Gemini — a crypto firm founded by the Winklevoss twins — announced Tuesday that it would support the coin, none of Bitwise’s custodians would touch the token. That meant the firm couldn’t be confident its holdings were safe for its more conservative clients.

“There are concerns that its spectacular rise suggests that the market is somehow overheated,” said Matt Hougan, an expert in exchange-traded funds who’s now chief investment officer at Bitwise. “To the extent that some quarter of the internet community wants Dogecoin to exist and will use it among themselves, I think that’s beautiful. But I don’t think it threatens the institutional global scale of Bitcoin.”

Dogecoin surged 96% in the past week, Coinmarketcap data show, a move largely seen as the epitome of a speculative frenzy spurred by massive stimulus spending and social-media chatter. Over the same period, Bitcoin has risen 4%.

While outsiders might paint both with the broad stroke of newfangled excesses, critics in the know see fundamental distinctions.

Whereas Bitcoin was the pioneer for distributed ledger technology, Dogecoin grew out of that. There’s also little coding activity on the latter, a sign of stagnation to critics. Unlike Bitcoin, supply isn’t finite, and there are still relatively few Dogecoin transactions, a symptom of its essentially speculative nature.

“There are question marks around the general status of the software around Dogecoin,” said Konstantin Richter, chief executive officer and founder at Blockdaemon, a blockchain infrastructure provider. “It’ll catch up. If Doge is super valuable and people can make money building applications on it, they will.”

There are some cases where perhaps the buzz can inspire practical use. Mark Cuban, the billionaire owner of the Dallas Mavericks and Dogecoin booster, said at the Ethereal Summit on Thursday the basketball team has sold more merchandise denominated in the token than it did for years in Bitcoin.

For crypto faithfuls, it can be hard to champion one but dismiss the other. After all, it’s difficult to tell if digital assets such as Ethereum or Uniswap that do have use cases are growing for technological reasons, ideological ones or simply because a deluge of cash has flooded the nascent industry.

In any case, the very pointlessness of Dogecoin is no matter for some funds — as long as there’s volatility. At YRD Capital, a fund that allocates to algorithmic strategies, co-founder Yuval Reisman says its traders recently jumped on board to profit from the gap between Dogecoin’s spot rate and futures.

For Carter at Coin Metrics, now four years into his crypto career with some 137,200 Twitter followers, the rebel has become the establishment. He observed that Dogecoin has appealed largely to younger people who trade on Robinhood, follow TikTok rather than Twitter and find Bitcoin old-fashioned. He also reckons it’s won new fans because its low unit price — 61 cents — makes it seem less intimidating than Bitcoin at $56,298, even though day traders can buy just a fraction of the latter.

Recalling the Dogecoin he still owns somewhere, Carter stresses that Bitcoin loyalists like him feel no regret about ignoring the puppy.

“You have to make peace with the fact that nonsense is going to go up all the time,” he said. “That’s not my concern. My concern is making Bitcoin as robust and functional as possible.”

— With assistance by Joanna Ossinger, and Sam Potter