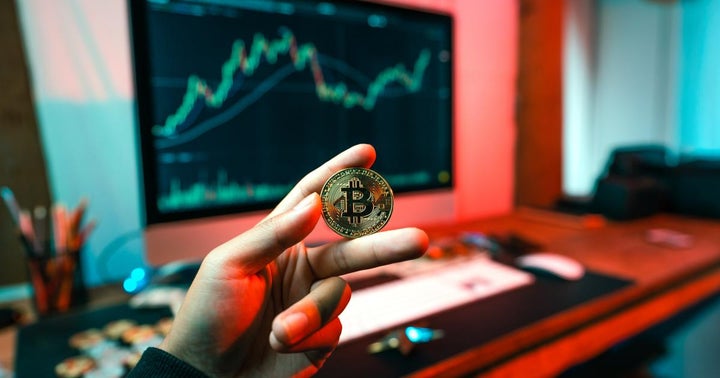 Stablecoins saw significant appreciation at press time. In terms of top gainers over 24 hours, Revain and OKB were the two tokens that saw the most gains, as per CoinMarketCap data.

Why It Matters: Data released last week indicated that inflation rose a shocking 6.8% in November, which is the fastest such rise since 1982. The number came in above the 6.7% estimate by economists.

This week, the decision on interest rates in the United States along with projections by the Federal Open Market Committee will be closely watched by the market. Investors will be on the lookout for the pace of tapering and whether the dollar can gain some consequential strength.

Craig Erlam, a senior analyst at OANDA, noted that the apex coin is again trading below the $50,000 mark and is “struggling to find any bullish momentum when the price does rebound.”

“Perhaps central banks collectively paring back tightening expectations will get the crypto community excited again this week,” Erlam wrote in an emailed note.

“90% of the maximum 21 million Bitcoin has been mined into supply. This means that only 10% (2.1 million Bitcoin) is left to enter the supply, with the last Bitcoin being mined in 2140.”

The analyst is bullish on Bitcoin in the long term. He wrote, “I think Bitcoin’s scarcity will lead to a supply shock for Bitcoin to help it overtake gold’s market cap over the next 10 years, which is around $10 trillion. This means Bitcoin has the potential to rise to a price of $500,000 in the future.”

Meanwhile, Ethereum’s dominance is on the rise, while Bitcoin’s is significantly lower than what it was at the beginning of the year, as per Delphi Digital.

“ETH’s dominance went from ~11% at the start of the year to ~21% today. BTC dominance on the other hand started at ~73% and is at ~42% today,” the cryptocurrency research firm noted.

Delphi Digital attributed the rise of Ethereum to 2021 being the “year of smart contracts,” with another reason being market optimism.

Read Next: These 5 Coins Struck Big Gains Last Week Even As Bitcoin, Ethereum, Dogecoin Struggled In A Bearish Market