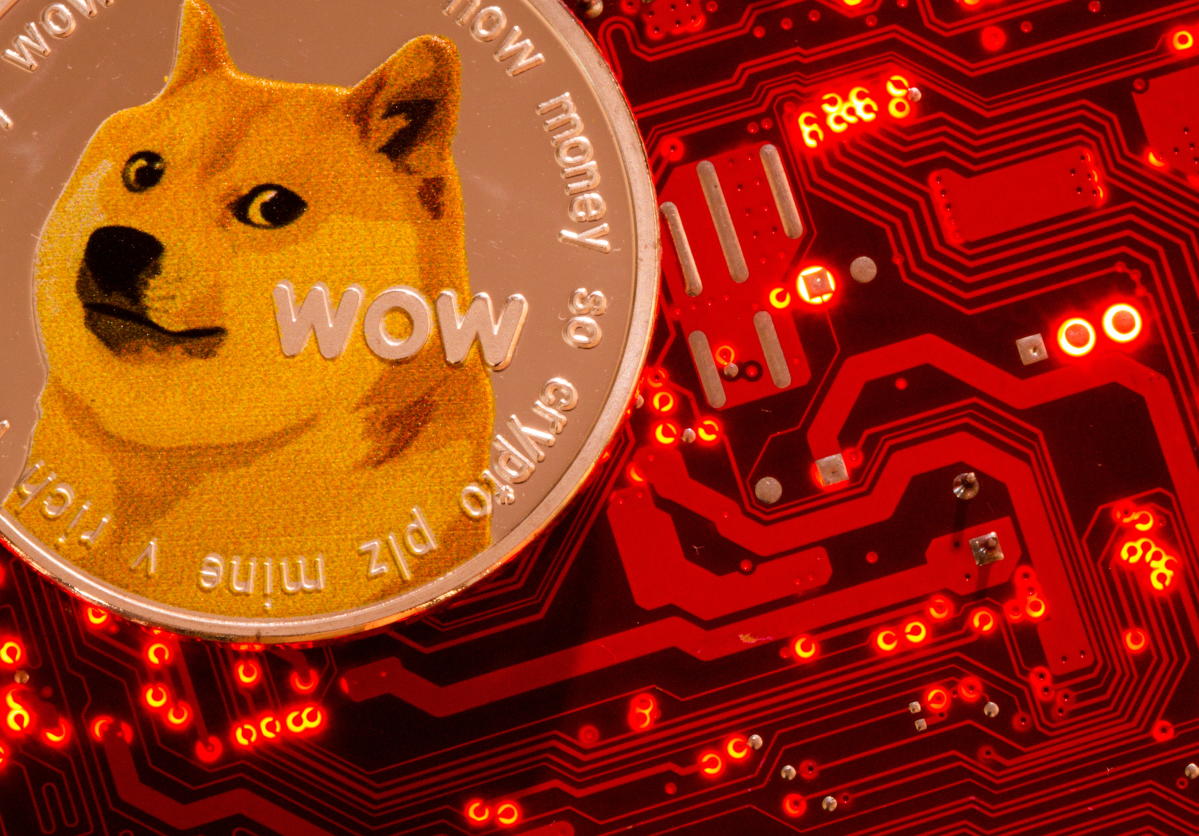 Bitcoin’s price is as all eyes are on dogecoin

Major cryptocurrencies were up on Wednesday morning a day after Tesla (TSLA) CEO Elon Musk’s tweet about accepting dogecoin as payment for some products lead some to believe it could start accepting bitcoin once again too.

“Unless we see the bitcoin price moving above $50K and staying above this, threats for a further downside move aren’t likely to abate any time soon,” said Naeem Aslam, chief market analyst at AvaTrade.

Meanwhile all eyes are on dogecoin (DOGE-USD), which surged yesterday after Musk tweeted that the electric car maker would accept the meme token as payment for its merchandise.

Some analysts have taken this to mean Tesla may soon, once again, start accepting bitcoin as payment for its products. This was something it had stopped doing, with Musk citing concerns over bitcoin’s environmental impact.

“Dogecoin prices saw a sharp spurt in the last 24 hours with the Tesla CEO announcing it to accept as payment for buying selective merchandise. This is apparently the new instance of internal recognition of a cryptoasset as Tesla initially announced to accept bitcoin, earlier this year and then discontinued it within a couple of months,” said Kunal Sawhney, CEO, Kalkine Group

He said the price of dogecoin rising has renewed optimism among crypto investors “as a number of well-populated currencies and emerging coins are increasingly getting recognised either by the conventional exchanges, countries and several corporations.”

Riding high on the upbeat sentiments, he said bitcoin has advanced a little as market participants feel it to be the right opportunity to add cryptoassets.

“Yes, the dust has settled, and dogecoin has given up most of its gains on the back of Elon’s tweet,” but he believes “we are likely to see dogecoin reaching the one-dollar mark without any hesitation.”

As for rumours that Tesla may begin to accept bitcoins once again in the coming days, he said: “That would certainly be highly positive for cryptocurrencies.”

Watch: What is bitcoin?