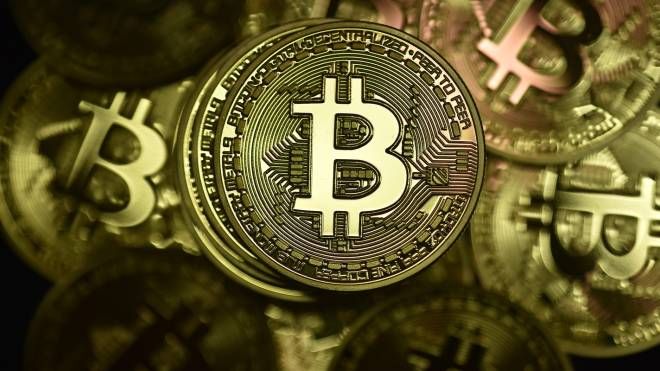 Cryptocurrencies what they are, advantages and risks – Economy

Rome, 13 December 2021 – The financial sector is changing due to the application of digital technologies. The cryptocurrencies, or virtual currencies, the best known of which is the Bitcoin. Also among the most widespread Ethereum and Litcoin. Here is what they are and what are the benefits and risks.

Crypto means ‘hidden’. And in fact the cryptocurrency is visible and usable only by knowing a certain computer code. Of course, it exists only in a ‘virtual’ form and is generated and exchanged only electronically. You won’t find metallic or paper Bitcoins.

When there is the consent of the participants in the transaction, the cryptocurrency can be traded in mode peer to peer, that is, directly, without intermediaries, to purchase goods and services, as if it were a legal tender in all respects. Cryptocurrency can be closed, unidirectional or bidirectional according to whether it cannot or cannot be exchanged for an ‘official’ currency. For example, Bitcoin is a bidirectional virtual currency because it can be converted with the main official currencies and vice versa. Many cryptocurrencies use the blockchain technology, which uses a decentralized network to register and approve the transactions carried out. Basically, with this technology it is very difficult to modify the transaction data once entered in the system and this is a guarantee of security.

Virtual currencies are not legal tender anywhere in the world and therefore their acceptance as a means of payment is on a voluntary basis. Virtual currencies are not regulated by central government agencies, but they are generally issued and controlled by the issuing body according to their own rules, to which the members of the reference community agree to adhere. There are states that have decided to experiment, under their own control, the use of virtual currency in their own countries, such as theUruguay with the e-peso, or have announced their use without, however, having more information about it, for example the Venezuela with Petro, or, again, who have initiatives in the works in this regard, such as theEstonia, the Sweden and also the Japan, which announced by 2022 that it intends to introduce a virtual currency on the market.

Legal tender coins are usually recognized with the functions of unit of account, from payment method commonly accepted and of store of value. The high volatility of cryptocurrencies certainly does not allow the correct performance of the ‘unit of account’ function: the prices of the main cryptocurrencies are subject to very large fluctuationsand, even within the same days. So it is highly inefficient, not to mention impossible, price goods and services in cryptocurrency units. As regards the store of value function, it must be considered that, due to the way they have been designed, the more they will be used for the payment of goods and services, the more will increase in value. This is because the number of cryptocurrency units that can be produced is limited, with the creation of new cryptocurrency it is limited and decreases over time. So the more transactions are settled in cryptocurrencies, the higher their value will be. In the end, they are not a commodity currency, that is, they also do not have a use function, such as gold for example. Instead, they could pay more and more, in the near future, to a fanointing of exchange.

Anyone can do it, so there may even be thousands of virtual coins in circulation at the same time. According to the statista.com site, there are about 6 thousand. To create or distribute cryptocurrencies you can use the Ico, “initial coin offering”. The first ICOs were launched to raise funds for new cryptocurrencies, while later the main purpose became to directly finance business ideas.

How to shop with cryptocurrencies
Many websites and online stores have started to accept cryptocurrencies, especially Bitcoin, as a payment method. It is possible to buy everything from a Nft – Non fungible Token – that is a digital work, to, for example, a virtual terrain for a video game. To make a digital purchase you need a crypto wallet, a virtual wallet that has public and private keys that are used to spend and receive cryptocurrencies. A public key it is a code known to all who use the system. There private keyinstead, it is known only to the user and is used to sign transactions.

The relatively anonymous nature of digital currencies makes them attractive to criminals, which could use them for money laundering and other illegal activities.Cryptocurrencies can pose significant risks even with regard to scams. The risks for the management of monetary policy, on the other hand, seem completely unlikely, given their current limited diffusion. As for the risks to financial stability, only a much wider use of cryptocurrencies could determine their onset.

There are risks for consumers as there is no precise legal framework that can protect them in the event, for example, of economic losses due to fraudulent conduct, bankruptcy or cessation of activity of the online exchange platforms where personal digital wallets are kept. The future possibility of aimmediate conversion Bitcoin and other cryptocurrencies in official currency at market prices.