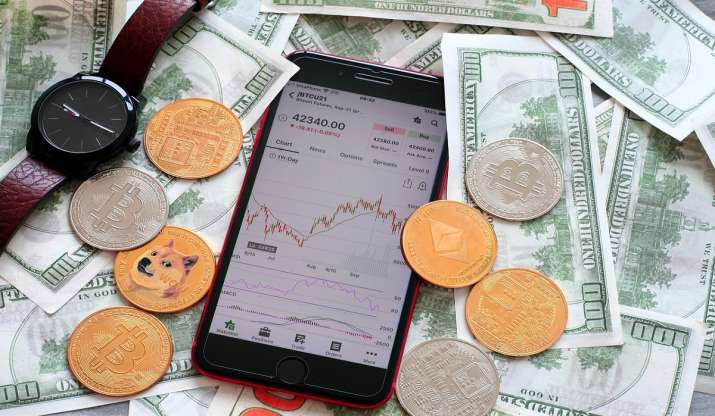 Cryptocurrency prices today: After tumbling in red, cryptocurrencies like Bitcoin, Ethereum, or ether surged on Friday morning while Meme-inspired crypto coin Shiba Inu tumbled nearly 24 percent over the last 24 hours after reaching an all-time high, as per CoinGecko. The world’s largest cryptocurrency by market capitalization was trading over 5% higher.

Bitcoin prices surged above $61,000 on Friday after slipping to its lowest level in over a week. BTC is also known as ‘digital gold’ and is the world’s largest cryptocurrency. Ether, the coin linked to Ethereum blockchain and the second-largest crypto, climbed around 11% to a record high of $4,391.

Barring Shiba Inu and dollar-pegged Tether, eight out of the top 10 cryptocurrencies were trading higher at 9.30 hours IST. Dogecoin was up more than 25% to $0.30 whereas Shiba Inu lost its one-fourth valuation.

The global cryptocurrency market cap is $2.63 trillion, a 6.38 percent increase over the last day, while the total crypto market volume over the last 24 hours is $176.89 billion, which makes a 4.44 percent decrease, according to Money Control.

Shiba Inu’s price skyrocketed over 140 percent in the last week. Since its listing on Coinbase on January 30, 2021, Shiba Inu has soared 7,99,900 per cent in merely nine months.

Shiba Inu (SHIB) is a coin that aims to be an Ethereum-based replacement to Dogecoin. Shiba Inu’s current valuation of $41 billion is more than the market cap of ITC, Larsen and Toubro, Maruti Suzuki, Nestle India and Adani Green Energy.

Other cryptocurrencies like Cardano surged over 5% to $2.03. Solana, XRP, Litecoin, Uniswap also tanked in the range of 7-10% over the last 24 hours.