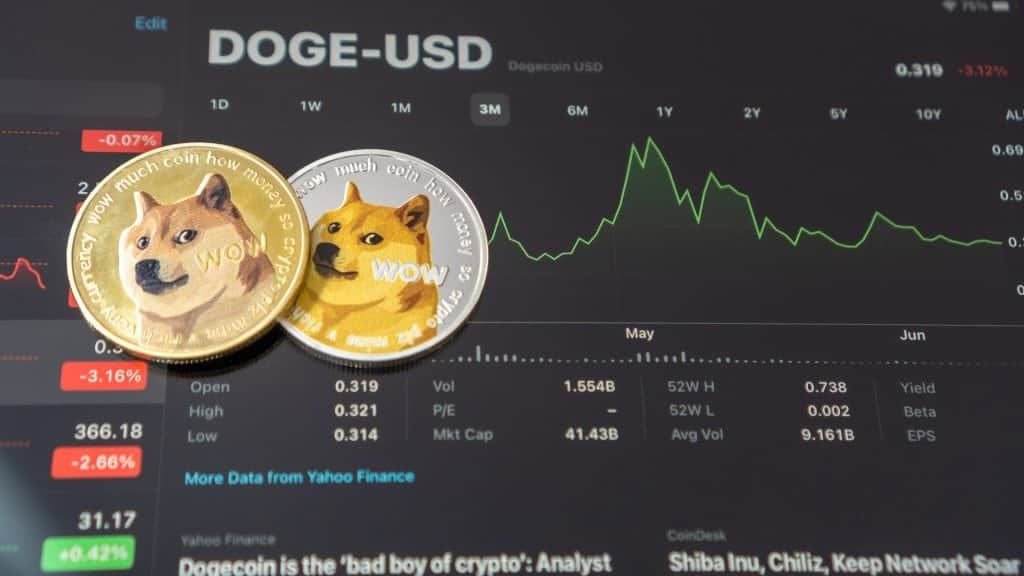 DOGE Breakout is Foiled By The 200-DMA

The Dogecoin price jumped 10% on Sunday after Elon Musk confirmed DOGE is the only dog-themed meme coin he has ever owned. Dogecoin (DOGE) surged from an intraday low of $0.241 to $0.2865 after the Tesla supremo flatly denied owning Dogecoin rival Shiba Inu Coin (SHIB/USD). When asked how much Shiba Inu he holds, Musk responded ‘none’, which sent SHIB tumbling 25%. However, the Dogecoin price got a welcome boost when the billionaire confirmed he acquired Dogecoin along with Bitcoin and Ethereum. However, he did not indicate whether he still holds DOGE.

Dogecoin currently holds a market cap of $35 billion and is the 9th most valuable cryptocurrency behind Polkadot. Although DOGE has gained 32% so far this month, its smaller rival is narrowing the gap. Shiba Inu has skyrocketed 470% in October and sits just two places behind DOGE in the crypto league table. Despite many writing off SHIB as a virtually worthless meme-coin, its value has jumped to $16.2 billion. Furthermore, it has momentum on its side and, considering the recent performance, could soon have Dogecoin in its sights. For DOGE to maintain its place as the number one meme-coin, it must continue the good work it put in yesterday, or it’s in danger of losing ground to the young whippersnapper.

The daily chart shows that DOGE is fighting to clear trend line resistance at $0.2735. The Dogecoin price did trade above the trend yesterday and this morning. However, so far, DOGE has been unable to sustain gains above the 200-day moving average at $0.2807. If the price clears the 200-DMA on a closing basis, it should muster the strength to extend towards the September high of $0.3263. However, failure to do so could force the price below the trend line.

If Dogecoin finishes today below the trend at $0.2735, a likely destination is the 100-day moving average at $0.2449. The 50-DMA at $0.2361 provides additional cover and reinforces the scale down support. If DOGE holds the 50 and 100-DMA, the outlook is stable-to-bullish. However, below the 50-DMA, a test of trend support at $0.205 is probable. For now, I favour the upside and believe the coin will clear the 200-day moving average in the coming sessions. However, if the Dogecoin price drops below $0.2361, it invalidates this view.