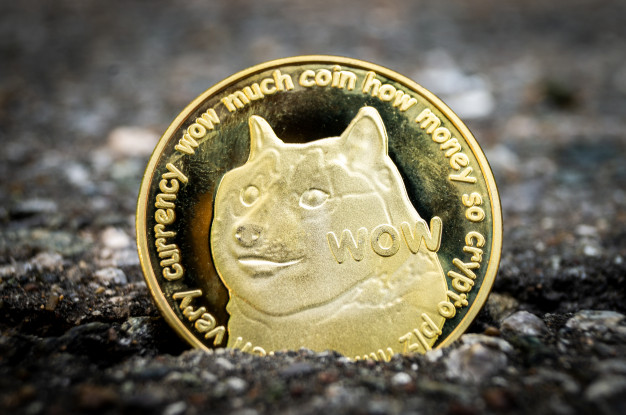 Dogecoin: A Journey from Meme to the Moon

Dogecoin has recently attained mainstream buzzword status in the crypto lexicon as the one of the most widely known cryptocurrencies, alongside more established coins like Bitcoin and Ethereum. The cryptocurrency was created in 2013 and named after a Shiba Inu dog featured as the subject of an internet meme that was popular at the time. Over the years Dogecoin gained notoriety among the internet crowd as a “joke coin”, a perceived attempt to satirize the seemingly bizarre culture of the currently ongoing crypto craze.

The past few months have proved that despite its goofy namesake and reputation, many crypto traders are taking Dogecoin seriously, driving its market capitalization to the current $30 billion (at the time this article was written). While this may seem shabby compared to the $930 billion of bitcoin in circulation, Dogecoin’s price volatility over the past few months has made it stand out from its crypto peers. The cryptocurrency started the current year trading at around half a cent per coin, growing to a high of 42 cents on April 19th (an increase of over 8000%).

While traditional cryptocurrencies have increasingly attracted the attention of institutional investors over the past year, Dogecoin is often associated with the sophomoric crowd that populates various subreddits and Discord chats. The Doge frenzy appears to be driven by the rallying and enthusiasm of its self-proclaimed evangelists, using memes and hashtags to encourage increased trading activity. Over the past week, in an attempt to rally the price, some Doge devotees took to their online communities to share variations of the coin’s namesake meme. Others posted 4/20 themed entreaties to honor the unofficial holiday celebrated by cannabis enthusiasts worldwide by driving the price of the coin past the $.420 mark.

A good deal of credit for the rally in Dogecoin’s price lies with none other than Elon Musk, the spiritual leader of the amateur-investor crowd that brought us the Gamestop short squeeze earlier this year. Musk and other fellow Silicon Valley opinion influencers have shared praiseful tweets, feeding into the enthusiasm around Dogecoin along with other cryptocurrencies, often leaving observers guessing as to the seriousness of their intentions.

The big questions that is relevant to the payments space is whether Dogecoin and similar cryptocurrencies are simply volatile securities or the next-generation payment technology. While the rapid ascent of Dogecoin’s price is obviously driven by the social (and traditional) media frenzy and speculative market forces, its viability in the payments space remains to be tested.

The founders of traditional cryptocurrencies like Bitcoin and Ethereum intended for them to be a more reliable and efficient ways to make payments: a zero-fee alternative to traditional P2P transfer methods. The founders of Dogecoin intended for it to be a joke. The current speculative frenzy around cryptyoassets has challenged both of these visions. The advent of cryptocurrency exchanges has made the cryptocurrency market available to virtually anyone with access to the internet, creating the perfect conditions for bubble-like speculation. This makes the price of cryptocurrencies (with the exception of stablecoins) too volatile to serve as a reliable store of value, effectively negating their usefulness as a medium of exchange. It also creates a space for Dogecoin to be treated as a serious investment, attracting very real fiat money from those that are hoping to make profits on its extraordinary price swings, defying the tongue-in-cheek intentions of its founders.

In order for any of the commonly traded cryptocurrencies to become widely adopted for payments, they would need to reach price stability, which seems least likely for Dogecoin of all major coins. Unlike Bitcoin, the supply of which is capped at 21 million coins, the Dogecoin protocol provides for no upper limit on the number of tokens that can be mined. This is hardly helpful when it comes to inspiring hope for price stability. This has led some to speculate that it is more reasonable to compare cryptocurrencies to traditional commodities such as gold and silver, rather than regular fiat currencies. This comparison makes sense when one considers the similarities: both asset types tend to have volatile prices, are used as store of value in lieu of currency, and are subject to increased demand in times of economic instability. This can help explain the rapid growth of the cryptocurrency market capitalization over the past year, a powerful rebound after the initial crypto bull run in 2017.

If non-stable cryptocurrencies are to be accepted as the new commodities then there is less reason to dismiss them as an ephemeral fad or a bubble with an imminent expiration date. And in that case if there is space for Bitcoin and Ethereum as the gold and silver of the future, then why not have Dogecoin as the new copper?