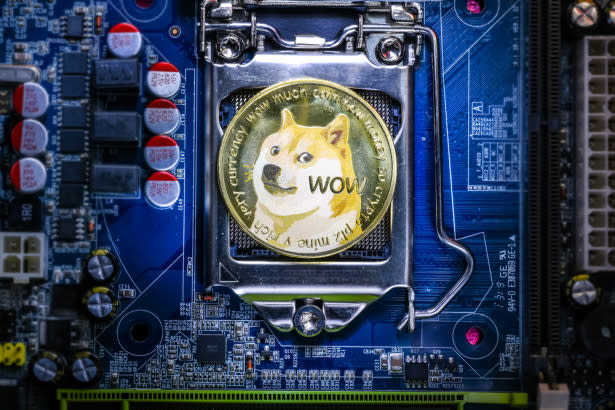 A mixed start to the day saw Dogecoin fall to an early morning intraday low $0.2156 before making a move.

Dogecoin broke through the first major resistance level at $0.2240 before a pullback to sub-0.2190 levels.

Finding late support, however, Dogecoin moved back through to $0.22 levels to deliver the upside on the day.

Dogecoin would need to move back through the $0.2214 pivot to bring the first major resistance level at $0.2273 into play.

Support from the broader market would be needed, however, for Dogecoin to break out from $0.2250 levels.

In the event of a broad-based crypto rally, Dogecoin could test resistance at $0.24 levels before any pullback. The second major resistance level sits at $0.2326.

Barring another extended sell-off, however, Dogecoin should avoid sub-$0.21 levels. The second major support level at $0.2102 should limit the downside.

Please let us know what you think in the comments below.