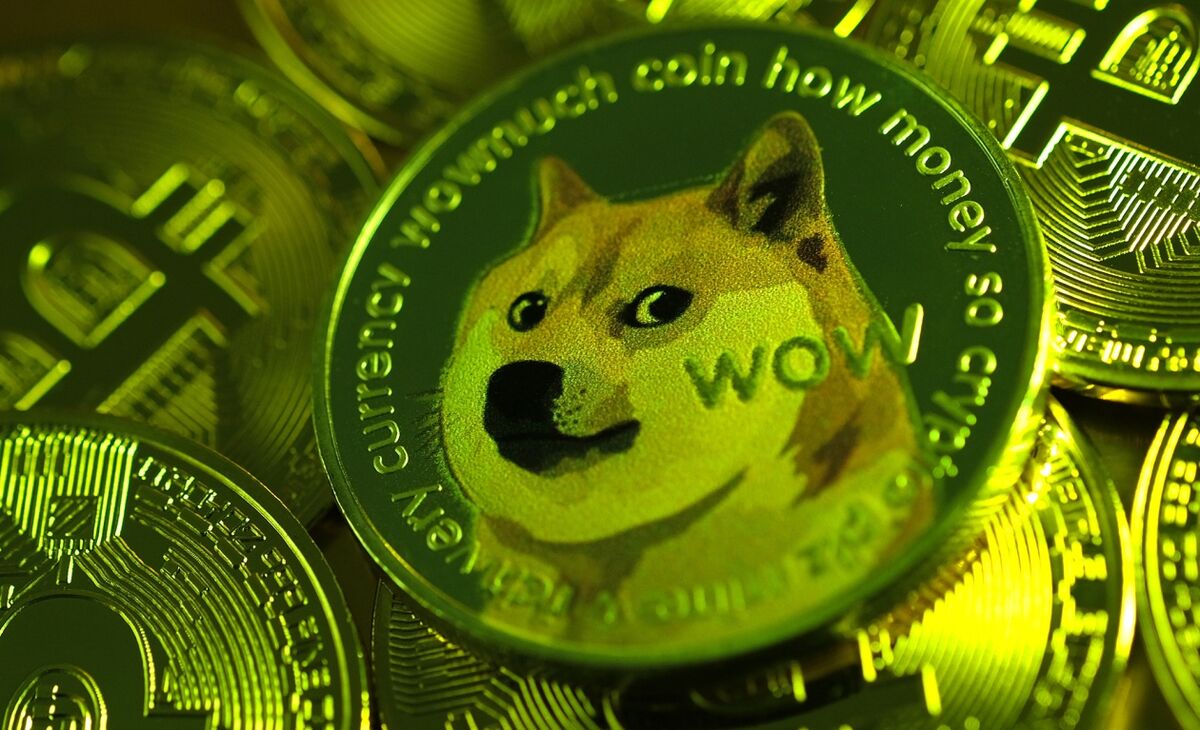 For anyone who still thinks Dogecoin is a joke, there are 90 billion reasons that say it’s not.

That’s how much the digital token is now worth in dollar terms after another 40% gain in the 24 hours through Wednesday. Useless or not, the coin has been swept up in the crypto mania that’s gripped markets awash in central bank largesse. It’s the latest milestone in a year of speculative excesses for a market Nouriel Roubini once described as “the mother of all bubbles.”

While in the past, trillions of dollars in stimulus by governments and central banks might have triggered a rush into gold for the inflation-wary and risky stocks for the intrepid, a deluge of cash this time round is flooding into the nascent crypto market. Few illustrate this better than Dogecoin, an essentially useless cryptocurrency that’s become the destination for a horde of day traders egged on by Internet buzz and a self-propelling buying frenzy.

Also read: Why Dogecoin Is the Meme Stock of the Cryptocurrency Universe

“At some point, something is just real,” said Sam Bankman-Fried, the Hong Kong-based chief executive officer of the FTX crypto exchange. “If Dogecoin is stupid and valueless, it shouldn’t be worth $90 billion. How about gold or Bitcoin or euros? Our collective imagination has given them value, and now we just think about them having value.”

The overnight gain took Dogecoin’s one-week advance to 129% and its value to $85 billion, according to CoinMarketCap.com data, eclipsing the largest exchange-traded gold fund and even stocks like Fedex Corp. and Snap Inc. A year ago, the so-called memecoin was worth just $315 million.

Cryptomania might even be hurting gold, according to some analysts. The precious metal has suffered outflows in recent months even as a deluge of stimulus cash drove the value of the world’s crypto market to a $2 trillion record.

Dogecoin, started in 2013 as a joke based on the Shiba Inu breed of dog, may become so accepted by the mainstream it might evolve into a payment option at retailers, Bankman-Fried said. At Blockfolio, a firm owned by FTX that helps users manage their crypto portfolios, trading volumes are climbing with Dogecoin’s every gain, a sign it’s become essential to the whole ecosystem.

Dogecoin buying got so fevered Tuesday, Robinhood’s trading app briefly crashed. Other so-called altcoins surged, with Dash spiking 18% over a 24-hour period through the European morning on Wednesday and Ethereum Classic rising almost 45%.

While it’s difficult to assign firm reasons to Dogecoin’s ascent, a few factors have fueled the gains. On April 20, a day normally associated with pot, some users got #DogeDay trending to push up the price. Later, celebrities from Tesla Inc. co-founder Elon Musk to the Dallas Mavericks’ billionnaire owner Mark Cuban also jumped on the bandwagon. The Gemini crypto exchange backed by the Winklevoss twins announced Tuesday it will soon enable trading of the coin.

“It’s been neglected for so long by any worthy institutions and now it’s coming out of the woods and hitting the crypto market by surprise,” said Laurent Kssis, the global head of exchange-traded products at 21shares AG in Zug, Switzerland. “Everyone is looking for that quick return.”

— With assistance by Yakob Peterseil