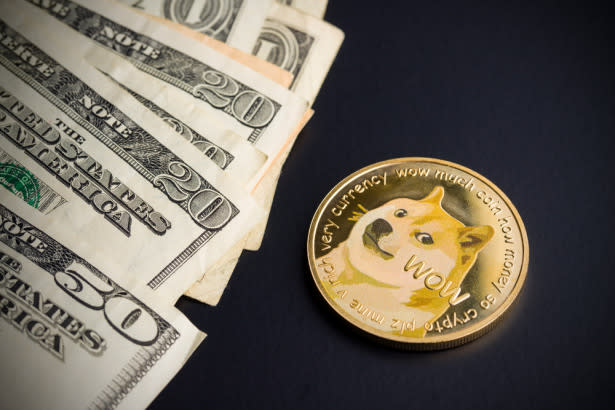 Dogecoin Tries To Settle Above $0.50

Dogecoin is moving higher after yesterday’s major sell-off which pushed it towards $0.4150.

Elon Musk’s performance in Saturday Night Live disappointed Dogecoin bulls after he called the cryptocurrency ‘a hustle’. Dogecoin made an attempt to rebound after the initial sell-off as speculative traders used the pullback as an opportunity to establish new positions. However, Dogecoin quickly found itself under significant pressure which pushed it to the support level at $0.45. Dogecoin found enough buyers at this level and managed to get above $0.50.

It look that traders’ focus has shifted to Ethereum in recent trading sessions as it has managed to move above the psychologically important $4000 level. At the same time, Dogecoin may quickly get back to headlines in case it manages to stay above the $0.50 level and moves closer to recent highs.

Dogecoin managed to find support near $0.45 and gained strong upside momentum. RSI moved into the moderate territory after the recent sell-off, and there is plenty of room to gain additional upside momentum in case the right catalysts emerge.

On the support side, Dogecoin needs to settle below the support at $0.45 to continue its downside move. The next support level for Dogecoin is located at the 20 EMA at $0.44 so Dogecoin will likely get strong support in the $0.44 – $0.45 area.