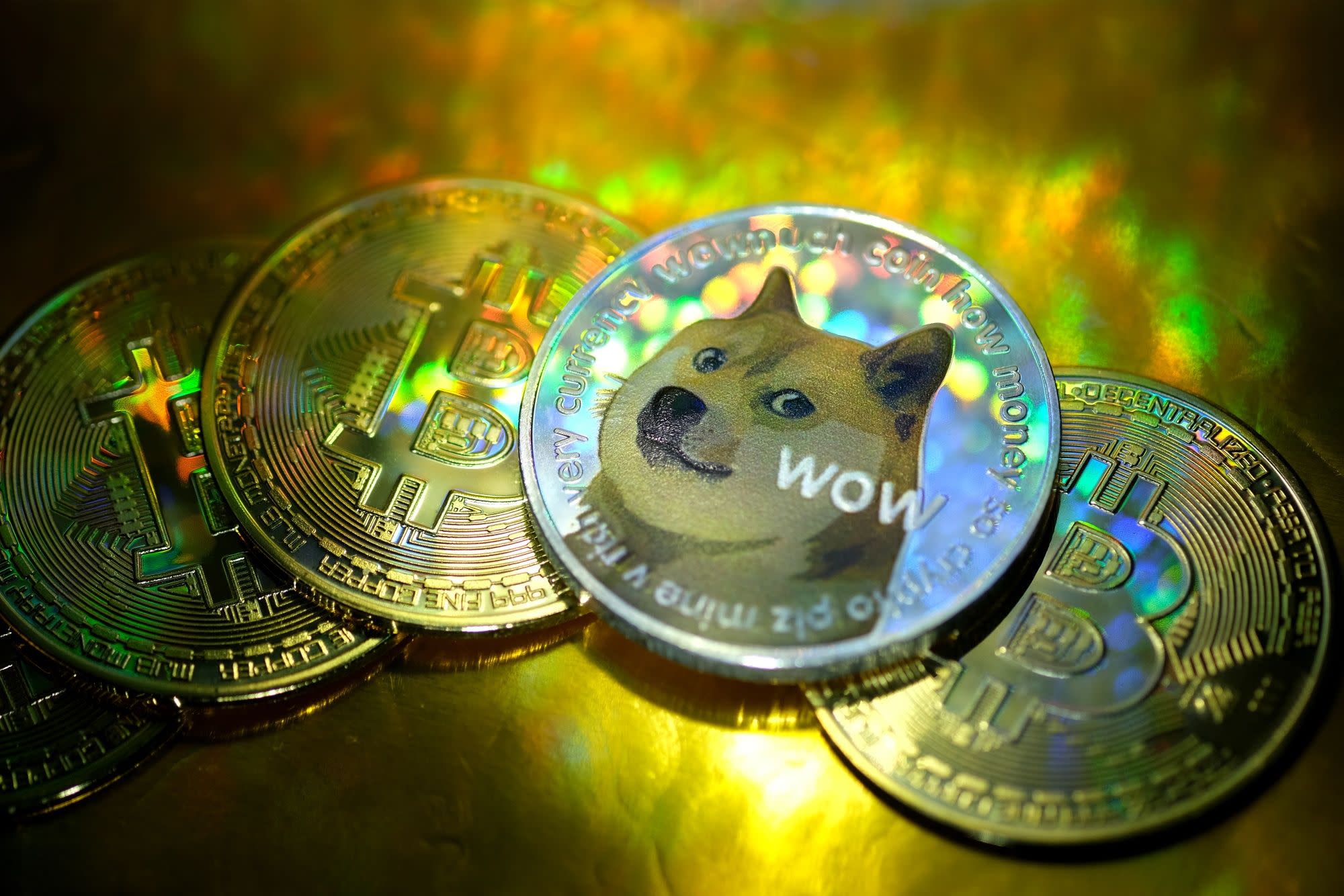 Dogecoin Goes on Wild Ride as Musk Calls It a ‘Hustle’

(Bloomberg) — Dogecoin investors had a wild ride this weekend.

After hitting a record on Saturday ahead of Elon Musk’s appearance on “Saturday Night Live,” the digital currency began to fall hours before the show began and continued to drop as he delivered his opening monologue.

In the agreement, Musk’s commercial rocket company will launch a mission to the Moon in 2022 with a so-called cubesat — a mini satellite used for space research — from Geometric Energy Corp. that’s been paid for entirely in Dogecoin.

The trading swings began on Saturday as Dogecoin traders around the world were organizing watch parties for the broadcast featuring its most prominent supporter. Following an initial slump, the digital currency bounced back briefly toward the end of the show, after the billionaire called it a “hustle” in the “Weekend Update” segment.

In the skit, Musk jumped into the character of a bow-tied, bespectacled financial expert and was repeatedly quizzed about Dogecoin. After delivering textbook answers, he was asked whether the currency was just a hoax, to which he responded, “Yeah, it’s a hustle.”

He ended the skit howling, “to the moon!” — a reference he repeated in his tweet about the SpaceX announcement on Sunday.

Dogecoin, a cryptocurrency that started as an internet meme in 2013, has surged more than 21,000% in the past year, according to CoinGecko.

Musk, 49, has been among its biggest boosters, along with Mark Cuban, Snoop Dogg and Gene Simmons. Still, crypto volatility has prompted urgent warnings from central bankers — as recently as Thursday — that people buying in should be prepared to lose all of their money.

Musk’s Tesla Inc. announced in February that it had bought $1.5 billion of Bitcoin, and the head of the electric-car giant himself has spoken of the digital asset in favorable terms. He has a $183.9 billion fortune, according to the Bloomberg Billionaires Index.

For more articles like this, please visit us at bloomberg.com

Subscribe now to stay ahead with the most trusted business news source.