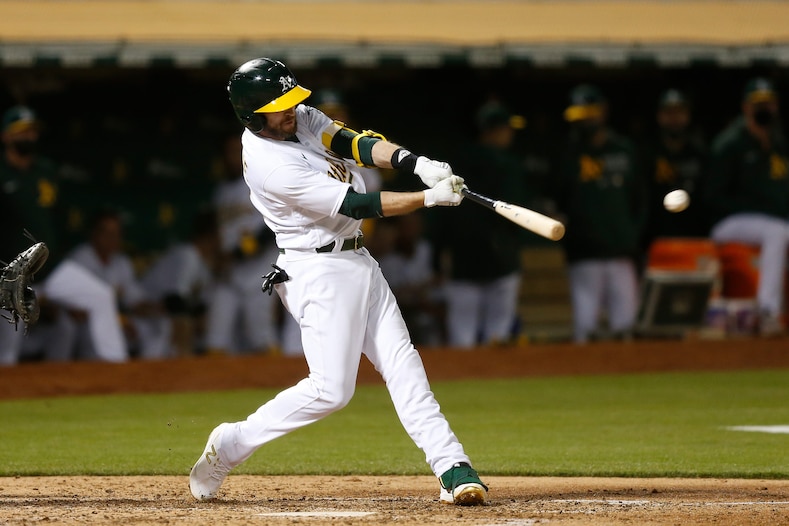 Dogecoin’s steady advance into the mainstream continued on Monday, with the Oakland Athletics baseball team announcing it would sell pairs of tickets for 100 units of the meme cryptocurrency.

Oakland A’s president Dave Kaval said on Twitter the team had already processed dogecoin transactions, which he said were the first in Major League Baseball history. He added the hashtag #DogecoinToTheMoon.

The transactions are another twist in dogecoin’s remarkable tale. The cryptocurrency was started as a joke in 2013, using the image of the meme Shiba Inu dog known online as Doge.

But celebrity endorsements by the likes of Elon Musk and Snoop Dogg have helped dogecoin soar in 2021. It was 25% higher on Tuesday morning to a new record high of $0.48302, according to CoinGecko.

Oakland A’s announced it was selling two-seat pods in the Plaza Infield for 100 dogecoin for games against the Toronto Blue Jays on May 3, 4, 5, or 6 in a tweet on Monday.

Given dogecoin’s price on Tuesday, the pod tickets would be worth around $48, a steep discount compared to the usual price of around $80.

Fans were being asked to fill out a form so they could be contacted by a ticketing representative with details of how to pay via BitPay.

It is not the Oakland A’s first foray into the world of cryptocurrencies. The team started selling tickets in bitcoin in March.

It’s not dogecoin’s first foray into the world of sports either. The Dallas Mavericks – owned by crypto enthusiast Mark Cuban – announced it would start selling merchandise and tickets in dogecoin earlier this year.

Many analysts have said dogecoin does not have the use cases of other cryptocurrencies, however, and that retail investors should be very careful when investing in so-called altcoins.