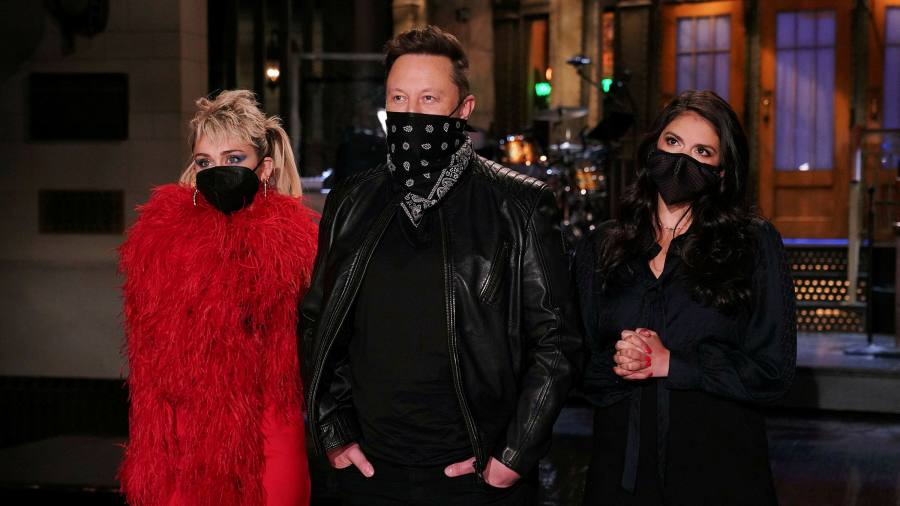 It’s hard to know where to start with this one.

On Saturday evening, Elon Musk hosted the iconic American sketch show Saturday Night Live. While for some, it was an opportunity to witness Elon’s infamous mumbling on primetime American television, for a subset of cryptocurrency investors, it was all about one thing: Dogecoin.

The infamous joke coin had rocketed 111 per cent last week on expectations meme lord Musk would pump it on television, perhaps bringing a fresh wave of dumbfounded speculators to juice the price further.

But, in perhaps the clearest expression of “buy the rumour, sell the news” we’ve ever seen in financial markets (and we use “markets” liberally here), Dogecoin crashed over a third during the show. At pixel time, it’s down 27 per cent from its Saturday highs, to $0.52 (though over the past seven days it’s still up almost 32 per cent). Here’s the chart (doge-ear formation spotted by technical analysis supremo Bryce Elder):

As to why the appearance precipitated the fall, well despite a rather painful sketch where Musk was referred to as the “Dogefather” (yes, really) he did somewhat let the cat (dog?) out the bag when he referred to the joke coin at the end of the piece as a “hustle”.

Is it much of a surprise he would refer to it in this way though? This is literally a coin started as a gag, where the justification for its price boils down to a poorly articulated version of the Keynesian beauty contest.

Regardless, Doge holders were still unhappy, with many on Sunday clamouring on Twitter for Elon to rescue their underwater positions by any pump necessary. Via Diogenes on Twitter:

He did somewhat oblige with a tweet Sunday evening about a Doge-funded SpaceX mission to the moon, but with the coin still firmly in the red since his SNL appearance, we’re not sure it will appease the great citizens of coindom.

There’s not much to add here, so we’ll leave you with this equally as dumb (but much funnier) video that was doing the rounds in FT virtual-towers this morning (partly because the dude bears a striking resemblance to one of our star M&A reporters).