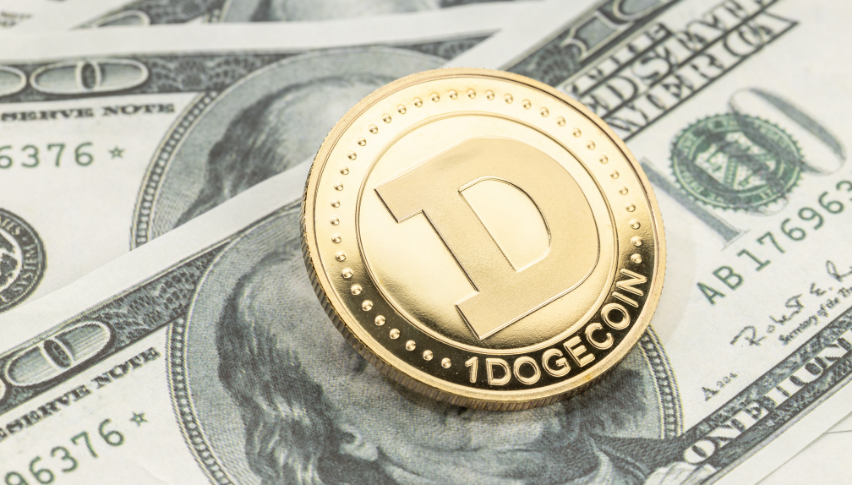 Dogecoin price prediction remains neutral on Friday, as it trades in a narrow trading range of 0.2492 to 0.2420. Thus, the breakout of this range will determine additional trends in the market. Since the Shiba Inu surged 400%, the overall trading sentiment for Dogecoin has been bullish. Alongside the AMC Theaters are also underpinning the DOGE/USD.

Shiba Inu’s 400% surge refocuses attention on dog-themed meme tokens, which could indicate that DOGE is on the cusp of an equal-sized breakout. Memecoins were among the initial breakthrough stars at the start of this year’s bull run. The big-name influencers such as Elon Musk and Mark Cuban aided in driving up the price of Dogecoin (DOGE).

This week, the pack is back on the move after Shiba Inu (SHIB) saw a triple-digit breakout, and Dogecoin appears to be poised to climb higher.

On the flip side, Bitcoin’s (BTC) unexpected breakthrough above $55,000 looks to have sparked the rally. Even as the price falls to test fundamental support, meme-tokens are still flashing optimistic signals.

Aside from Bitcoin’s current breakout and protocol-specific disclosures, it appears that the surge in meme currencies began when Elon Musk posted a photo of his Shiba Inu puppy.

SHIB’s price has surged as the token’s ecosystem has grown to include the ShibaSwap exchange, which appears to give lower exchange fees than Uniswap. Moreover, it offers several opportunities for token holders to receive an income through liquidity or staking.

The Shiba Inu community is also becoming more interested in the protocol’s Shiboshi NFT, which is set to launch soon. Besides, SHIB also has the advantage of being one of the few meme tokens listed on multiple prominent cryptocurrency exchanges, notably Coinbase and Binance. These exchanges offer enough liquidity and trading volume for SHIB investors.

For now, SHIB may have posted the highest percentage rise, but DOGE remains the top dog of the pack, with the greatest reach and a market cap of $33.26 billion.

AMC Theaters has launched the first step of its intention to accept Dogecoin (DOGE) payments from its patrons. This comes from overwhelming customer demand for the memecoin to be accepted as a form of payment. AMC Theaters had already announced the inclusion of cryptocurrency payments for snacks and tickets. Following the news, CEO Adam Aron set up a Twitter poll to see if Dogecoin should be included in the roster.

The response was mostly positive, and the CEO stated that the theater chain would continue to investigate ways to incorporate Doge payments into its system.

Aron announced on Twitter the latest advancement in the company’s cryptocurrency embrace. Users will purchase up to $200 in gift cards from the entertainment behemoth each day. AMC Theaters will accept gift card payments both digitally and at its physical locations. Users can pay for the gift cards using Dogecoin via the AMC Theater’s mobile app and website, or they can walk into any AMC Theater and buy the gift cards in-store using Doge. 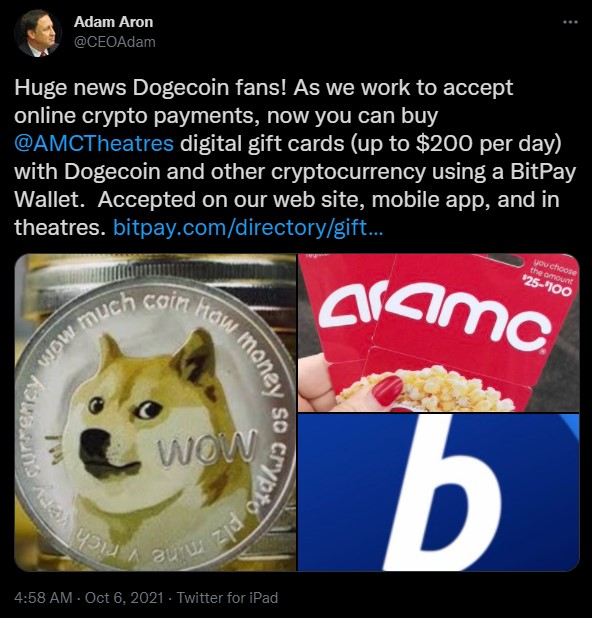 On the 4-hour timeframe, DOGE/USD has formed a symmetrical triangle pattern that’s blocking its momentum and keeping the coin within a narrow trading range of 0.2492 -0.242. The breakout of this range will determine further trends in Dogecoin.

On the lower hand, Dogecoin’s immediate support prevails at 0.2346 and a breakout of this can lead its price towards 0.2250. Conversely, the breakout of 0.2490 resistance can lead the coin towards 0.2572. Furthermore, a bullish breakout of 0.2572 could create further room for buying until the 0.2712 level. Good luck!