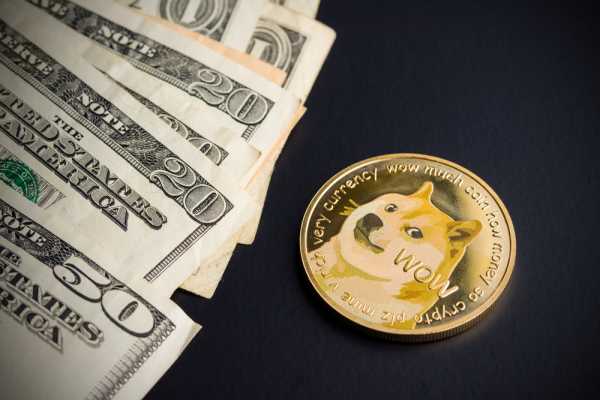 Dogecoin Quickly Rebounds Back Above $0.60

Dogecoin managed to get back above $0.60 after an unsuccessful attempt to settle below the support at $0.5350 as buying activity returned after the pullback.

Dogecoin made several attempts to settle below the support at $0.5350 but failed to develop sufficient downside momentum. Judging by the speed of the rebound, many traders were waiting for a pullback to establish new positions, and they quickly rushed into Dogecoin once it declined from $0.69 to $0.5350.

Meanwhile, trading in Bitcoin and Ethereum has been relatively calm today, while Ethereum Classic pulled back a bit after the strong upside move.

Dogecoin has made several attempts to settle below the support at $0.5350 in recent trading sessions, but this support level proved its strength as each attempt to settle below $0.5350 was followed by a quick rebound.

RSI remains in the overbought territory which is natural for a cryptocurrency in a rally mode. However, it should be noted that RSI declined from recent highs and remains well below the extreme highs that were reached back in April. In this light, there is plenty of room to gain additional upside momentum.

Currently, Dogecoin managed to get back above $0.60 and is trying to get to the test of the next material resistance level which is located at $0.6650. Dogecoin has also faced some resistance near $0.64, but it remains to be seen whether this resistance level will serve as a serious obstacle on the way up.

On the support side, the nearest support level for Dogecoin is located at $0.60.  A move below this level will push Dogecoin towards the support at $0.5750.