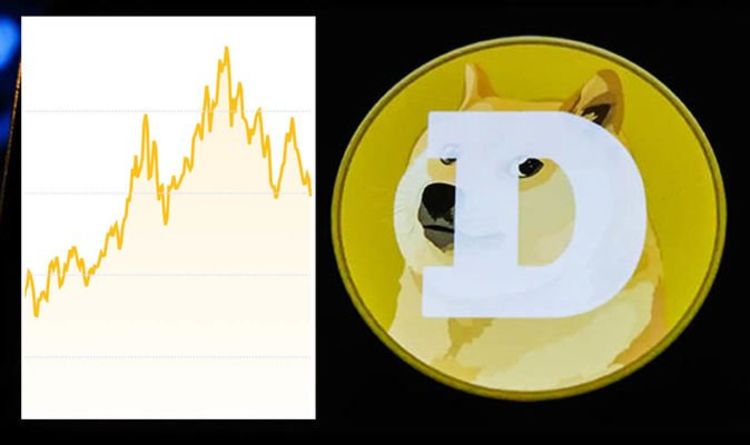 Dogecoin looked to have taken a backseat to rival Shiba Inu after the latter had rallied to new highs in recent months. Dogecoin itself had not seen much of an upward movement despite meme coins still being incredibly popular among investors. This had made it look like investors had moved on from the OG meme coin but data suggests that this is not the case.

BSC Whales Are Bullish On Dogecoin

Whales started to move into meme coins due to their high returns on investments. This has been the case for the meme coin space. Dogecoin had somewhat faded into the background with all the shiny new projects debuting in the space. However, Dogecoin has remained a favorite for BSC whale investors. For the meme coin, whale investor holdings are valued at $200 million.

Whale investors have continued to favor the asset despite its recent downtrend. Even at current prices, Dogecoin is still significantly higher than it was at the beginning of the year. Data from WhaleStats shows that BSC investors are still bullish on the asset. The service which analyzes the holdings across BNB addresses showed that BSC whale investors continue to hold a large portion of Doge. It puts the total at over 2% of all BSC whale holdings are in Dogecoin.

Dogecoin placed 8th on the list of most popular coins across these whale investors. The downtrend which has seen Doge lose over 60% of its all-time high value has greatly affected this number. Nonetheless, BSC whales look to be holding out hope for the meme coin.

Dogecoin hit a record revenue milestone in November. Data shows that on November 13, the total miner revenue for Doge had crossed the $1 billion market. Although the meme coin does not bring in as much as bitcoin or ethereum mining, miners are still making significant revenue from mining the altcoin.

Mining activities for Dogecoin had ramped up this year following the growth of the digital asset. Miner revenue had previously peaked in May during the height of the first bull market. Since then, miner revenue had been on a steady uptrend, but the volume had picked up significantly last month. This upward trend had inevitably led to a new revenue high for Dogecoin miners. 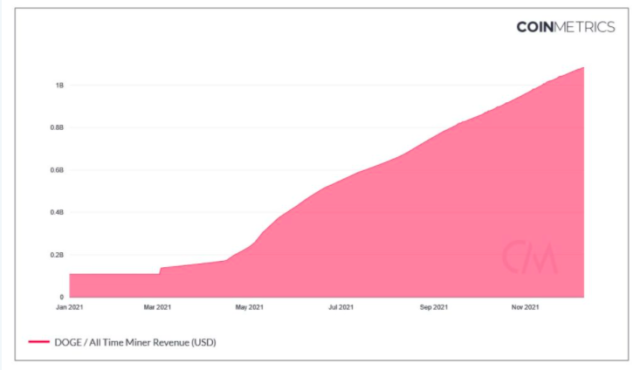 The cryptocurrency still remains one of the largest in the world by market cap. It recently got kicked out of the top 10 but has religiously held the 11th position since then with a current market cap of $22.8 billion.