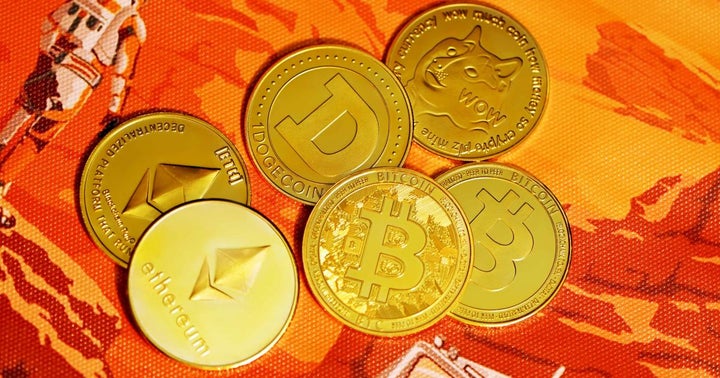 Bitcoin (CRYPTO: BTC) and Ethereum (CRYPTO: ETH) were among the best performing cryptocurrencies of the week, with both hitting fresh all-time highs during the week. These cryptos, however, pulled back from the peaks on Thursday amid profit taking, and the weakness continued into Friday.

The selling in the cryptoverse has either stalled or slowed on Saturday, and the rebound is being spearheaded by the week’s laggards – Dogecoin (CRYPTO: DOGE) and Shiba Inu (CRYPTO: SHIB).

Meanwhile, Shiba Inu, a Doge Killer, also had a lackluster week and was stuck in a trading range.

Both meme currencies are seeing some strength on Saturday.

Although they are still stuck in recent trading ranges, they are at least outperforming some of their more illustrious counterparts.

Bitcoin Turns to Green: Bitcoin was the talk of the town all week following its record run. The rally of the apex cryptocurrency picked up steam in the run-up to the debut of the first Bitcoin futures based ETF – ProShares Trust – ProShares Bitcoin Strategy ETF (NASDAQ:BITO).

The crypto has cut its losses and has regained some ground.

Ethereum also followed Bitcoin to an all-time high of $4,366.09 on Thursday. The altcoin did pullback but is holding support around the psychological resistance level of 4,000.

It remains to be seen if the two top cryptos by market cap can regain momentum, helped by expectations of increased mainstream and institutional adoption following the launch of Bitcoin ETFs.

Related Link: Bitcoin Miner Debuted On Wall Street With Over 50% Gain: What Investors Need To Know