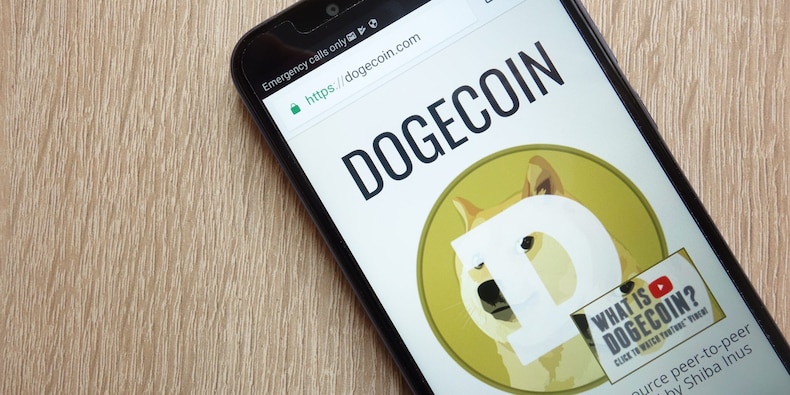 Dogecoin and other cryptocurrencies sank on Thursday after Elon Musk suspended bitcoin payments for Tesla cars.

The meme-inspired digital asset tumbled 20% to trade around 40 cents. Litecoin fell 14%, while Ripple’s XRP and Ethereum’s ether lost 11% – having each dropped more than 20% from their peaks.

Bitcoin dropped as much as 15% on Thursday, prompting a knock-on effect for other digital currencies, as the entire crypto market value wiped off as much as $365 billion at one point.

The sell-off is being driven by a number of factors, according to Simon Peters, a crypto-asset analyst at investment platform eToro.

“Valuations were at or near all-time highs earlier this month, so there will naturally be some profit-taking, while we are also seeing a general sell-off among risk assets – such as technology stocks – as economies start to unlock post the pandemic and investors fret over potential rate rises and higher inflation,” he said.

But he expects buyers to return to cryptocurrencies in the coming weeks to take advantage of lower prices.

An overall drop in the crypto market saw “#cryptocurrencies” trending on Twitter with many users reacting to the sudden surprise that Musk delivered.

Musk, who has regularly tweeted about dogecoin, said he was concerned about “rapidly increasing use of fossil fuels for bitcoin mining and transactions.” Only earlier this week, he teased that Tesla could accept payments in dogecoin.

But dogecoin was already suffering a bad week after Musk’s “Saturday Night Live” appearance, at which he called it a “hustle.” The digital asset is down 32% this week so far.

“Bitcoin will not last as a financial instrument with the underlying climate damage it causes through carbon emissions,” Jeff Schumacher, CEO and founder of New Asset Exchange, said.

“In a post COVID-19 world, as the focus of companies shifts back to climate concerns, bitcoin’s poor environmental credentials – the CO2 production it is responsible for – will make companies and governments unwilling to use it as they attempt to green their image and push towards a net-zero world.”