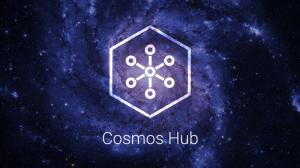 [Baar, Switzerland] The Interchain Foundation (ICF), a Swiss non-profit and steward of the Cosmos ecosystem, has announced the launch of the Gravity Bridge. Developed by Althea, the Gravity Bridge facilitates the transfer of ERC20 assets between Ethereum and Cosmos-based chains, as well as Cosmos assets to Ethereum ERC20 representations. With Gravity’s planned upgrade to use of the Cosmos Hub’s Interchain Security service, the bridge to Ethereum will soon be backed by billions of dollars staked in ATOM, Cosmos’ native token.

Gravity Bridge will launch in a separate chain in a preliminary phase, then migrate to use the Cosmos Hub’s new Interchain Security offering when available early next year.  The Cosmos Hub will facilitate the transfer of data across blockchains allowing liquidity to flow seamlessly throughout the entire inter-blockchain communication (IBC) universe. In addition to making it easier for users to transfer assets between chains, the launch of Gravity Bridge is a boon for DeFi applications seeking to gain a foothold in the burgeoning Cosmos ecosystem.

Deborah Simpier, CEO of Althea, said, “An open and interoperable bridge between Ethereum and Cosmos has long been a shared vision of a fully connected Interchain, bringing together many teams to work towards the common goal of unlocking the liquidity and potential between the two ecosystems. The future of Interchain Security together with IBC, enables us to see the Cosmos ecosystem as it’s meant to be — an ever-expanding ecosystem of interconnected apps and services, built for a decentralized future. No one has gated away — liquidity, commerce, and staked security are all tradable assets. In this interoperable ecosystem, Gravity Bridge’s place is a foundational piece of infrastructure, available to all Cosmos chains openly, purpose-built to update and iterate quickly, and facilitate the bridge needs of the chains that interact with it. Open markets and frictionless trading unlock liquidity for all. This is the future that uplifts all in the Cosmos network and supports the ATOM value and ecosystem for the Internet of Blockchains.”

A non-custodial solution, stake can be slashed for any misbehavior in accurately bridging assets or secure messages. The Gravity Bridge Chain’s Ethereum contract is highly optimized, utilizing batches to dramatically reduce the cost of transfers between Cosmos and Ethereum.

Following the successful activation of the Inter-Blockchain Communication protocol in Q2 2021, the Gravity Bridge is the latest development in a number of significant upgrades in the Cosmos roadmap. Upcoming upgrades to the Cosmos Hub include Interchain Accounts, Groups, and Interchain Security which will further improve user experience in quickly and easily deploying high-security blockchains.

Billy Rennekamp, Cosmos Hub Lead at the Interchain Foundation, said, “Five years ago the original Cosmos white paper laid out the vision of interoperable, application-specific blockchains which included an Ethereum Peg-Zone. Thanks to the tireless work of the Althea team on Gravity Bridge, its foundations are now complete. The Stargate upgrade and release of IBC was the dawn of interoperability, now the Gravity Bridge and our collaboration to ensure bridge safety with Interchain Security cement Cosmos Hub as the bedrock for the Internet of Blockchains.”

The ICF funds, stewards, and advances the Cosmos Ecosystem. Actively supporting and incentivizing development within the ecosystem, ICF plays an integral role in the community-driven initiatives to drive innovation within Cosmos. Founded in 2017, Althea is a project enabling automatically competitive internet access by empowering anyone to become an internet service provider (ISP). Backed by the Interchain Foundation, Althea is designed to bring the open market and interoperable peering from the data center to the field and empower communities to build multi-stakeholder networks faster and more affordable than legacy telecom models.

Cosmos is a decentralized network of independent, scalable, sustainable, and interoperable blockchains; there are more than 250 blockchain apps and services in the Cosmos Network with over $179 billion of digital assets under management. Focused on scalability and usability, Cosmos enables developers to rapidly and easily build blockchain applications. By enabling blockchains to transact with one another, Cosmos creates a network of application-specific chains, spanning user-owned and operated platforms for decentralized finance (DeFi), social impact, privacy, gaming, as well as secure enterprise systems.