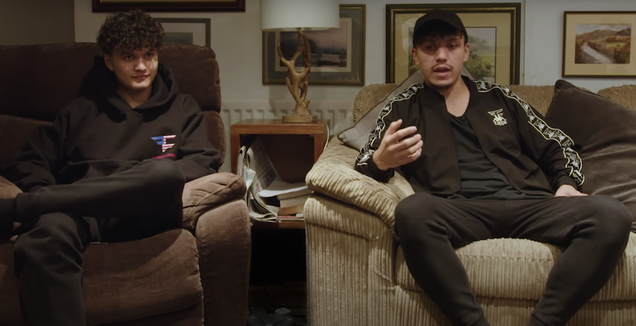 Faze Clan, a video game group known for its vlogs and streetwear releases, is under hot water over cryptocurrency endorsements that have cost fans money. While a scam has not been outright proven, many are questioning whether or not members of the group capitalized on their fame to put a bad investment in front of millions of young and impressionable followers.

The investigation has been spearheaded by YouTuber SomeOrdinaryGamers in a lengthy video that points out a number of strange coincidences. While the YouTuber starts the investigation with a disclaimer that he is not calling this an outright scam, it is clear that what transpired involved a lapse in judgment from multiple Faze Clan members.

In short, a cryptocurrency token—digital currency on the blockchain that can be traded or invested—called ‘Save The Kids’ was released in June. Crypto assets like these are becoming more and more common, especially after the tumultuous rise of cryptos like Dogecoin and the volatile but popular Bitcoin. What set this specific token apart was that it promised users that a percentage of the proceeds would go to charity. The coin also came with a slate of influencer ambassadors, including Ricegum AND Faze Nikan, who shared news of its development and release with their fanbases.

What happened next will sound familiar to anyone following crypto news lately: the value of the coin seemed solid for a day or two, only to immediately plummet. Anyone who purchased tokens lost money by several orders of magnitude, with the value going from about a penny to about a tenth of a penny. Generally, this tends to happen when investors sell their tokens while the going is good, cashing out in a method colloquially known as “pumping and dumping.” Anyone who didn’t sell in that window is left holding the proverbial bag. Selling at that point is useless, because the tokens aren’t worth much anymore—including what was donated to charity. The scheme has been taken up by a number of influencers shilling “alt” coins to their huge fanbases, Save The Kids just happens to be the latest example.

The question on everyone’s mind is, did Faze members know or plan any of this? The group declined to comment. In the video above, SomeOrdinaryGamers highlights that many of the people who bought the token during presale, before it was available to the public, were the same people who sold during the release window. If the ambassadors weren’t the sellers, they still ended up promoting an investment that imploded almost immediately.

Some of the ambassadors have also been part of dubious schemes in the past, like influencer Ricegum, who encouraged viewers to buy “mystery” boxes for a chance to win outrageous prizes such expensive cars. Other folks who shared news of the token ahead of launch, like Faze Jarvis, are already notorious for things like getting a lifetime ban from Fortnite.

While many of the ambassadors added caveats to their social media posts about the token, noting that they weren’t providing financial advice, part of the spiel for the Save The Kids token was that buyers could rest assured that their investment was worthwhile.

“We’ve partnered with several ambassadors to give investors the social proof and confidence that we are in it for the long haul,” a linked white paper on the official (and high gloss) Save The Kids website reads. According to that same document, Save The Kids was championed by influencers that have around 20 million combined followers.

So far, one Faze member acknowledged the controversy on Twitter despite multiple members technically contributing to the fiasco. Faze Kay—who has 6 million followers on his personal YouTube account—apologized to his fans directly. The gaming influencer also tried distancing his actions from the larger group, noting that he didn’t vet it with the team. It’s worth noting, however, that multiple Faze Clan members endorsed Save The Kids, along with friends of the group.

“I want you all to know that I had no ill intent promoting any crypto alt coins,” Faze Kay wrote on Twitter. “I honestly & naively thought we all had a chance to win which just isn’t the case.”

“It was so irresponsible of me to speak publicly about any coins without knowing more & knowing now that they can do more harm than good,” he continued. “I’m really struggling with the fact that I let you all down & more importantly anyone whose trust I’ve lost. My fans mean the world to me and I wouldn’t be where I am today without you.”

Faze Clan recently released a merch line with Takashi Murakami and were profiled on Sports Illustrated this summer.