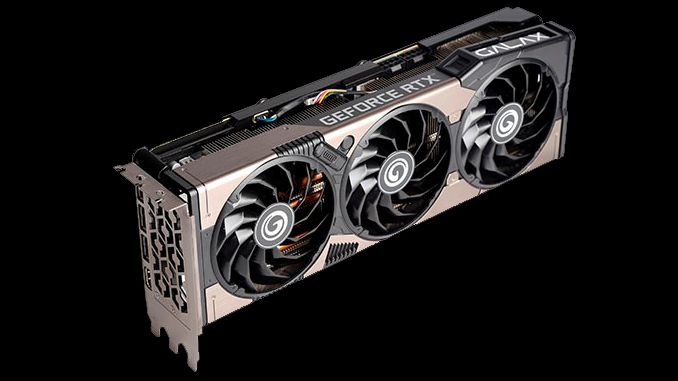 Galax (via VideoCardz) has re-released the brand’s GeForce RTX 3080 and RTX 3070 Black General graphics cards with Nvidia’s revamped Ampere silicon, which cracks down on Ethereum mining.

The new graphics cards with the anti-mining limiter are identical to the previous revisions in every way, starting from the packaging to the graphics card’s aesthetics. According to the previous rumors, Nvidia has reportedly asked its AIB partners to differentiate the fresh variants from the prior ones to avoid confusion among consumers. The Lite Hash Rate (LHR) moniker was rumored to be the internal codename for the new series.

We don’t know for sure if Nvidia has specific guidelines in place of how vendors should label the new graphics cards or if they have the freedom to market the graphics cards as they please. In Galax’s case, the manufacturer is adding the “FG” termination to the model name. The suffix could denote something, or it could just be a set of randomly chosen letters.

Obviously, manufacturers will have to update or release new product pages for the revised graphics cards. For example, Galax specifically mentions that the GeForce RTX 3080 Black General [FG] uses the GA102-202 (LHR) silicon, and the Ethereum mining performance is capped to around 43 MH/s. The GeForce RTX 3070 Black General [FG], on the other hand, now employs the GA104-302 (LHR) with a restricted Ethereum hash rate of 25 MH/s.

Word on the street is that Nvidia will ship its partners the new Ampere silicon in the middle of May, so we could see a potential release in June at the latest. Thus far, the GeForce RTX 3080, RTX 3070, and RTX 3060 are the only SKUs that will get the anti-mining treatment. Nvidia has allegedly forsaken the GeForce RTX 3090 because the flagship part is simply too expensive to be a key player in the cryptomining game. On the contrary, the GeForce RTX 3080 Ti has proven to be a mining monster in a previous leak. Fortunately, the approaching Ampere graphics card should also be equipped with the reworked Ampere silicon if the rumblings are to be believed.