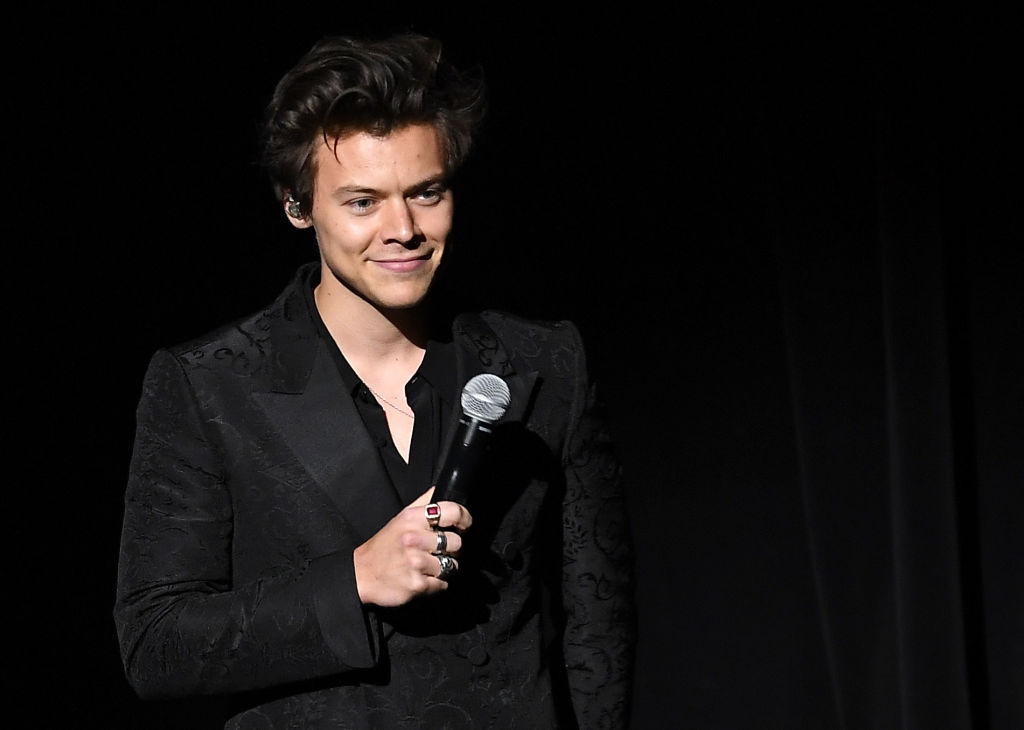 Harry Styles’ Colourblock Patchwork Cardigan was sold for over $7,500 in Ethereum. However, its new owner will not be able to wear it … because it’s an NFT.

Harry Styles sent the online world into a craze last year after he was seen wearing a patchwork cardigan during a rehearsal for a performance on “The Tonight Show.”

The knitted outfit, designed by British fashion house JW Anderson, gained large internet popularity after a TikTok user reproduced it, prompting millions of others to do the same.

To further emphasize, Liv Huffman, also known as @lilbittylivie on TikTok, crocheted her own version, generating not just a viral trend but also an incredible interest for the cardigan called Colourblock Patchwork Cardigan.

As of writing, Liv’s TikTok video has about 4 million views and more than 1 million reactions.

Moreover, the vibrant knitwear has come to prominence of its own, producing a popular crocheting fashion trend called “#harrystylescardigan” on TikTok this summer, per Page Six. Since then, the cardigan created such a stir that JW Anderson eventually produced a pattern and guide for how to make it, per  The Art Newspaper.

In addition, the Colourblock Patchwork Cardigan is now on display at the Victoria and Albert Museum in London, per Hype Bae.

After the London-based clothing label published the pattern and online instruction for fans of the “Watermelon Sugar” singer to make the multicolored knit at home, the Colourblock Patchwork Cardigan has joined the digital world.

The Harry Styles NFT cardigan is the first NFT collectible of JW Anderson.

Read Also: iPhone Security: How to Protect Your Children From Getting Inappropriate Photos on Messages App

According to Xydrobe’s statement, the Colourbook Patchwork Cardigan NFT was “carefully constructed over 300 hours…with each strand of yarn rendered in 3D before being stitched together.”

Hype Bae added that the Harry Styles NFT Colourblock Patchwork Cardigan, which went up for auction, is a digital masterpiece. VFX artists constructed each individual bit of yarn in 3D before weaving everything together to flawlessly duplicate the specific patterns.

Xydrobe, an NFT auction platform, has collaborated with JW Anderson to produce a digital version of TikTok’s iconic sweater.

The NFT’s release coincides with the debut of Xydrobe, which describes itself as “the first NFT auction platform to trade hyper-realistic digital collectibles of worldwide known designs spanning fashion and luxury items.”

One of Xydrobe’s creators Nell Lloyd-Malcolm told WWD that they submitted this NFT project to JW Anderson every single week and guaranteed that every tiny thread was as it is, per Page Six.

Colourblock Patchwork Cardigan Sold for Over $7500 in Ethereum

The auction ended on Tuesday and the winning bid was worth 2 ETH, which costs more than $7,500.

With regards to the proceeds, Xydrobe explained that all profit from the sale of this Harry Styles NFT will go to AKT.

AKT is a charity that helps LGBTQ+ young people aged 16 to 25 in the United Kingdom who are homeless or living in a dangerous environment.

Even though the new owner of the Colourblock Patchwork Cardigan NFT won’t be capable of putting the garment on, WWD reported that Xydrobe will be able to show the new owner “wearing it” digitally.