How Do Cryptocurrencies Affect Each Other?

While my discussion in The Economics of Cryptocurrencies mainly focused on Bitcoin, it is actually far more generic, given that many other cryptocurrencies share similar characteristics. Below is a non-exhaustive list of the most popular cryptocurrencies. The similarities between them and Bitcoin are obvious:

Litecoin (LTC): similar to Bitcoin (a Bitcoin fork, i.e. a spinoff/altcoin) Litecoin has a fixed limited supply of 84 mln litecoins, and was spun off aiming to make transactions complete in 2.5 minutes instead of 10 minutes as in the Bitcoin platforms.

Ethereum (ETH): based on the Nakamoto proposal, Ethereum has a transaction completion time of 14-15 seconds. In contrast to Bitcoin, it has no limit in supply at the moment, with mining in 2017 generating 9.2 mln new Ether, or a 10% increase in supply. New protocols are expected to reduce inflation to less than 2%. A maximum number of Ethers is expected to be imposed, although the amount has not yet been made known.

Ripple (XPR): transaction time of 3-4 seconds and can be scaled to handle as many transactions as VISA. 100 billion XPR were created with no more allowed to be created. XPR focused on the banking market from 2014 onwards with many banks announcing their aim to use the Ripple protocol to implement real-time international money transfer. It is the only cryptocurrency which is not decentralised.

Dashcoin (DSH): another Bitcoin fork, with a maximum theoretical limit of 21.3 mln coins, with a slow issue curve and 2.5-minute transaction time.

Despite the existence of various types of coins (CryptoCoinCharts shows about 100 existing cryptocurrencies), Bitcoin, albeit the slowest in transaction speed, has the largest market share, at 48%, with Ethereum coming next at merely 13%. Ripple is in third place with just 5.7%. What this demonstrates is that despite the abundance of coins and even though transaction processing speeds are much lower in other coins, Bitcoin continues to build on its first-mover advantage and exploit the popularity it has gained in the last years following its surge to about USD17,500, earning more trust points than any other coins. Will that change in the future? Only time will tell.

So what really happens when a coin moves? On the basis of a regression analysis using daily data from July 2017 to August 2018 all coins were found to have a positive relationship with each other.* Bitcoin was found to have been positively affected by Ethereum (0.33) and Litecoin (0.20), with Ripple affecting it to a smaller extent (0.11). What the numbers in parentheses suggest is the extent of the effect: for example, if Ethereum (ETH) is increased by 1%, via a factor which does not also directly affect Bitcoin, then Bitcoin is also expected to increase by approximately 0.33%, on the basis of the past year’s performance. Ethereum is also the coin with the largest effect on Ripple (XPR), at 0.46, with Bitcoin (0.35) and Litecoin (0.21) also registering an effect. Bitcoin has the greatest impact on Litecoin (LTC), at 0.38, with Ethereum having a 0.36 effect and Ripple just 0.16. With regards to Ethereum (ETC), Litecoin and Bitcoin affect it more or less the same, at 0.39 and 0.34 respectively. Again, Ripple affects it to the least extent, at 0.27.

How should one interpret and use the above in trading? Suppose that a Bitcoin-specific event comes up, whatever that may be, from more people trying to convert their Bitcoins to USD (which should lower demand), to investors cramming in to purchase Bitcoins because they feel that their price will increase. Depending on the event, Bitcoin could go up or down. Suppose that reduced demand for Bitcoin decreases the BTCUSD price by 2%. How would that affect other coins? Well, according to the calculations above, Ethereum, Ripple and Litecoin would be expected to drop by approximately 0.7%. Naturally, this refers to the daily market reaction, as well as to a specific time period (July 2017 – August 2018) so care needs to be taken when applying this to higher frequencies. Furthermore, a simple regression suggests a large part of the price movement is still left unexplained (25% for Bicoin and Ripple and 20% for Ethereum and Litecoin) suggesting that other factors could also play an important role.

The above analysis serves one main purpose, to suggest that Bitcoin has been the crypto leader in the past. However, things have changed recently, as the recent behaviour of Ripple has shown. After redoing the estimation using hourly data for the whole of September 2018, Ripple does not appear to have been affected by Ethereum, while only Litecoin appears to have any meaningful relationship with Bitcoin. Once again, such relationships can change if we re-do the estimation next month.

As such, traders need to bear in mind that relationships tend to change. Whether the changes can be maintained in the future is something which traders need to continuously monitor. A continuous adjustment of their strategies according to such changes in relationships needs to be made while, most importantly, traders should not base their strategies on one-off static estimates.

*For the interested reader, a regression with GARCH (1,1) errors was estimated, using daily returns from July 2017 to August 2018. Data for Dashcoin were not readily available and hence not used. Lags of the dependent variable were also included to ensure that the model abides all time-series assumptions, with no significant quantitative changes recorded. 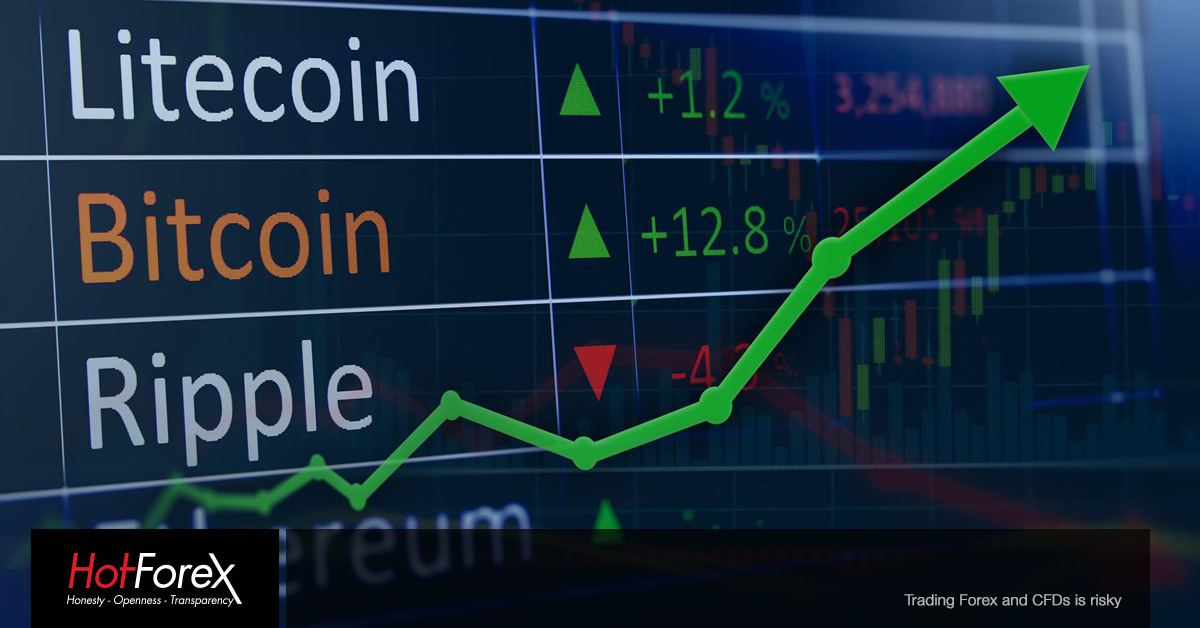