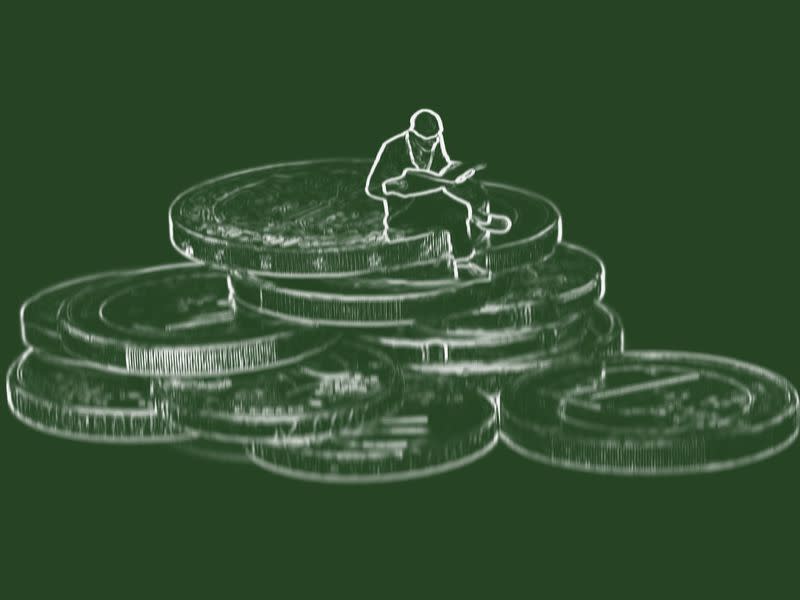 How the Economics of Bitcoin and Ethereum Shape Their Cultures

Cryptocurrencies are cryptocultures. These cultures express themselves through different means, but the primary form of cultural expression is economics. Each blockchain represents an experiment in economics and the implied society this economics will create.

The most famous and well-known experiment is bitcoin. Satoshi Nakamoto introduces bitcoin with the term “electronic cash.” Originally, bitcoin is presented as a complete money that has both cash-like properties and, as a consequence of its consensus mechanism, gold-like properties. Bitcoin will act in parallel as a medium of exchange and a store of value.

This article is part of Culture Week, which explores how crypto is changing media and entertainment.

The cash narrative has had mixed fortunes. Many users did not use Bitcoin as intended and opted to use centralized exchanges as their wallets, undermining privacy. The appreciating price of bitcoin also ensured nobody would spend them on coffee. We see flickers of bitcoin as cash in places like El Salvador, but arguably at the price of contradiction, as non-state money becomes state money.

Another cultural sticking point is that it is a monetary network with a monetary policy that cannot be altered. That there will only ever be 21 million bitcoins has fostered a subtle belief in what I call monetary minimalism.

Monetary minimalism places the governance of money in a decentralized software system and minimizes human interference beyond the upkeep of the system.

In order to introduce a monetary policy change, like raising the maximum supply of bitcoins, it would be necessary for the majority of stakeholders to adopt the new consensus rules. It is conceivable bitcoin culture evolves in such a way, but right now such a radical alteration of the monetary policy is highly unlikely. Since bitcoin users are attracted to it precisely as an alternative to the managed monies of the fiat currency system, this situation would mean bitcoin had ceased to be bitcoin, as originally intended.

Ethereum’s economics are an interesting contrast to bitcoin’s monetary minimalism. It is important to state, especially in today’s needlessly adversarial environment, that Ethereum is not primarily concerned with economics. Rather, Ethereum is first and foremost a distributed world computer with its own native currency. However, it can be imagined as a kind of home for the vast token economy built on top of it: DAOs, DeFi, NFTs (or decentralized autonomous organizations, decentralized finance and non-fungible tokens, respectively).

Ethereum’s native token, ether or ETH, is framed in the white paper in quite pragmatic terms. It has a “dual purpose.” The first is to act as a “liquidity layer to allow for efficient exchange between various types of digital assets.” The second is that small amounts called “gas” are required when making transactions or deploying and using smart contracts.

Ether is framed as functional and comes across more like money in the contemporary understanding. Its productive use enables the expansion of economic activities.

Since the Ethereum project is not primarily money-oriented, we find ether discussed more as a tool to be managed. Ether does not have a maximum supply – it is not designed as libertarian’s store-of-value – but issuance has been decreased at times and a mechanism for burning ETH (EIP-1599) has some deflationary effects.

In these cases, the native currency has been managed in order to address current technical problems or to prepare for long-term improvements, such as the transition to The Merge (an upcoming upgrade that will shift Ethereum to a new consensus mechanism called proof-of-stake). This is a form of monetary minarchism.

The competing economic visions offered here are, I claim, temporal ones.

Bitcoin, as writer Lana Swartz puts it, is a ”theory of society” involving the collapse of the fiat system and bitcoin as the beneficiary of that collapse. Bitcoin is presented as a hedge against what the community sees as inherent contradictions of fiat currencies. It is, in this narrative, an inevitability.

See also: You Can Be a Bitcoin Maximalist and Like Ethereum, Too | Opinion

However, the contemporary bitcoin community does not suggest this as an immediate concern, but an event on the horizon. The task of the bitcoin user is therefore to forego now – save, accumulate, don’t spend – in order to benefit later (inverting the time-preference theory).

Following accumulative strategy, the stereotypical “hodler” may appear to outsiders as almost evangelical and his emphasis on saving, ascetic. But with rising interests rates it is arguable that the deflationary alternative of bitcoin may become more and more attractive to the general public.

The economics of Ethereum have a more immediate attraction. Because Ethereum is the meta-economy housing smaller sub-economies (DAOs, DeFi, NFTs) it offers a different escape route from economic stagnation. Ether has the characteristics of a productive asset where interesting work (DAOs), attractive interest rates (DeFi) and scarce digital assets (NFTs) can be discovered.

This productive stance – the stereotypical “degen” – can appear to outsiders as almost reckless and the emphasis on spending irresponsible, but with a stagnating economy it is arguable that the productive alternative of Ethereum may become more and more attractive to the general public.

Monetary minimalism and minarchism are distinct, but we would do well to remember both are on the same side, standing opposite to the fiat monetary system.