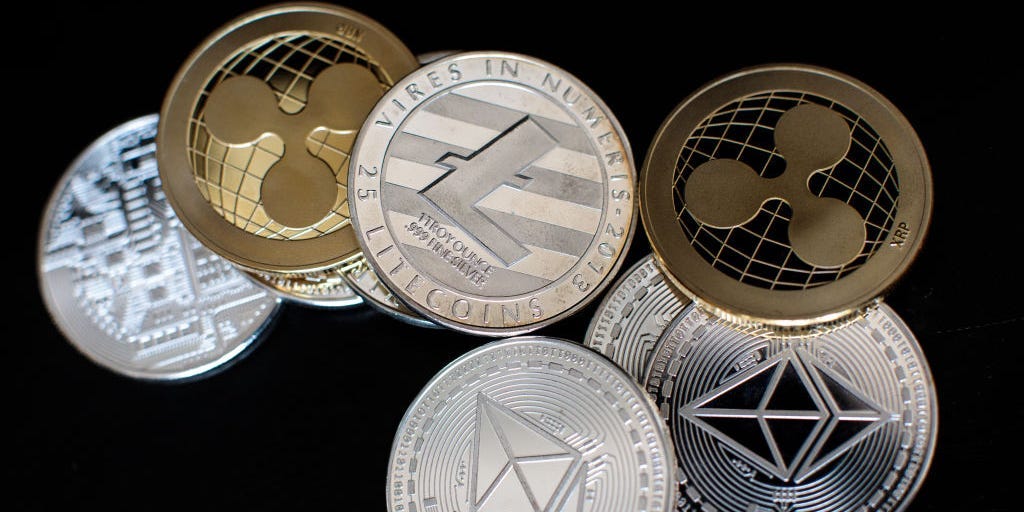 Nico Cordeiro found his passion for crypto while serving as an infantry platoon sergeant in Iraq in 2010.

“I came across an article about this decentralized digital currency. I don’t even know if they used the name ‘bitcoin’ in the article but it just flipped the light bulb in my head,” Cordeiro told Insider in an interview at the Chicago Trading Show. “The use case made perfect sense because I was sitting in a country whose financial infrastructure was just decimated.”

A decade later, Cordeiro, who now serves as the chief investment officer of the $60 million crypto hedge fund Strix Leviathan, thinks crypto user adoption and technologies are still in the early innings.

A quantitative trader at heart, he wanted to find a frame of reference with which he could build systematic strategies around crypto.

“At the end of the day, we see these as digital commodities that are going to trade a lot like commodities,” he said.

As such, his team uses various strategies that are often employed by commodity-trading advisors including systematic trading, trend following, momentum, price divergences, and supply and demand imbalances strategies Depending on

liquidity
, he usually trades the top 20 markets by market cap.

The team’s process starts with ingesting data from 20 different liquidity providers including crypto exchanges, over-the-counter desks, and electronic application programming interfaces. All that data is then stored and normalized into a consistent format, which he can use to analyze data, back-test, and design strategies.

From there, the data gets converted into different features or indicators that are in turn fed into machine learning models, which spit out some type of forecast for a particular trend.

“We are ingesting millions of trades at a time and then basically forecasting forward trend on the trend following side,” he said.

While his strategies are mostly systematic, Cordeiro said he also makes discretionary trades on smaller tokens when there isn’t enough historical data to run through a machine learning model or the altcoin in question is expected to grow exponentially.

For example, about 12 months ago, he started to notice the momentum that was building around layer-one protocol Solana (SOL) and placed a small trade in anticipation of the rise of ethereum competitors.

“It is probably a common belief now,” he said, “but we saw a multi-chain world where there is no specific coin or blockchain that rules them all, so to speak.”

Cordeiro’s belief that there is more to the crypto space than just bitcoin also led him and his team to launch Makara, a retail-friendly and SEC-registered crypto

The company was formed in January with a 35,000 to 40,000-person waitlist and officially launched in June. It offers five baskets of various thematic altcoins in addition to single-asset bitcoin and ethereum baskets. Retail investors only need $50 to start investing.

The “blue-chip” basket equal weights the 10 largest cryptocurrencies on Makara’s platform, which consist of bitcoin, dogecoin, filecoin, bitcoin cash, ethereum, litecoin, chainlink, matic, terra, and uniswap. The passive portfolio had returned 408.3% in the past year as of Thursday afternoon, according to the firm.

The decentralized finance basket invests in 18 large-cap DeFi tokens that include Aave, Compound, Maker, and more. The more aggressive portfolio, which is rebalanced quarterly, returned 239.1% in the past year.

Makara also offers the “inflation hedge” and “Web 3.0” baskets, but the best-performing one is the firm’s “Universe” basket, which currently tracks 44 digital tokens from bitcoin to moss carbon credit. The portfolio provides exposure to all the tokens on the firm’s platform and weights them by risk, which means it allocates more heavily to the coins that exhibit less risk. It returned 522.3% over the past year, according to Makara.

In the long term, Cordeiro is looking to launch active baskets that can programmatically allocate to big movers that are displaying a lot of momentum.

He is also bullish on the “GameFi” trend, which refers to the intersection of blockchain games and DeFi. For example, Axie Infinity (AXS) and Wall Street Games (WSG) had seen their tokens surge 83.9% and 178% in the past week as of Thursday afternoon, respectively, according to CoinGecko.

Outlook on markets — it’s going to be an ‘uptober’

As bitcoin hovers near $55,000 and becomes a $1 trillion asset again, Cordeiro said his system was positioned “very long” in the short term.

He explains that crypto, which has been heavily correlated to US equities and risky assets, had the first real break in short-term correlations on October 1 as stocks were falling rapidly. He expects to see that correlation break continue over the next few weeks.

“We are very long,” he said, “and we expect the month of October and maybe November to look pretty good on the price.”