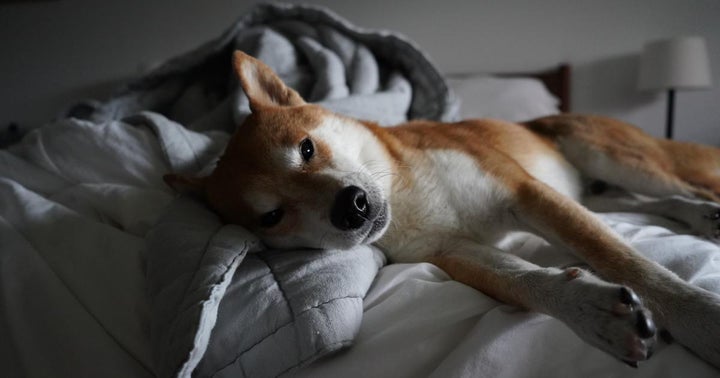 If Crypto Carnage Is All About Elon Musk, Why Is Dogecoin Not Off To The Moon?

The broad carnage seen in the cryptocurrency markets has enveloped all major coins.

The downwards spiral has not spared Dogecoin (DOGE) either, which has fallen over 30% in the last 24-hours, even though that meme coin is backed by Tesla Inc (NASDAQ:TSLA) CEO Elon Musk — often credited for moving cryptocurrency markets, rightly or wrongly.

The Musk Effect: Musk made clear his stance through a tweet on Wednesday. The entrepreneur said Tesla has “diamond hands” with the aid of emojis.

The diamond hands reference was construed to be a desire not to sell Tesla’s Bitcoin (BTC) holdings even in the present adverse market conditions.

The tweet also earned him the wrath of several in the cryptocurrency community with the author and entrepreneur Timothy Kim calling him the “most hated person in the world right now.”

While the diamond hands tweet did support the price of BTC temporarily, the downwards momentum is still strong. BTC traded 10.38% lower at $37,369.63 on a 24-hour basis at press time on Wednesday night.

Last week, Musk had said he was working with Dogecoin developers to “improve system transaction efficiency” of the cryptocurrency.

See Also: Elon Musk Gets Schooled By Ethereum Co-Founder On How To Improve Dogecoin

He was also said to be exploring other cryptocurrencies that are more energy-efficient than BTC after earlier running a poll among his Twitter followers asking them if they wanted to accept DOGE.

So, why hasn’t DOGE broken loose from the cryptocurrency pack and charted an upwards course on its own given it has the support of Musk and the so-called “DOGE Army?”

Let’s Blame China: The answer could lie in the far East. An immediate trigger for the crash is the good old People’s Republic, as per Genesis Volatility CEO Greg Magadini — who said “a huge market is scared,” CoinDesk reported.

The scare reportedly comes after China reiterated its previous cryptocurrency bans, which could impact exchange activity over time.

“China has played this game before where they have banned crypto and brought it back,” said Steve Ehrlich, CEO of Voyager Digital, as per CoinDesk. “There are reports that China is focused on their own digital currency within the government, so it’s possible that this was the motive.”
The reiteration of the Chinese cryptocurrency ban from 2013 and 2017 was reported with the headline “China bans financial, payment institutions from cryptocurrency business” by Reuters on Wednesday that further contributed to the fear among investors on social media.

A Change Of Season: With the ushering in of the so-called “alt-season,” multiple coins surged. Some were buoyed by Decentralized Finance or DeFi, and others by non-fungible tokens or NFTs.

That was then, this is now. Bitcoin’s market dominance which had slipped under 40% at the beginning of the week has crept up to above 45% as at press time.

The rise in dominance is despite Musk and his recent open Twitter war with the coin’s adherents.

A trend that was noticed by Mostafa Al-Mashita, vice president of Global Digital Assets, who said that some market participants were rotating back into Bitcoin, which is a supposed safe haven, reported CoinDesk.

“Buyers today will be rewarded, at least short term, for picking up coins at discount prices,” said Al-Mashita.

“Elon’s tweets are quite eccentric and unfounded from his end, but show the fickle nature of this market reacting to a single participant.”

Read Next: Dogecoin An Entryway To Get More People Into Cryptocurrencies, Says Co-Creator. ‘What They Do After That Is Up To Them’