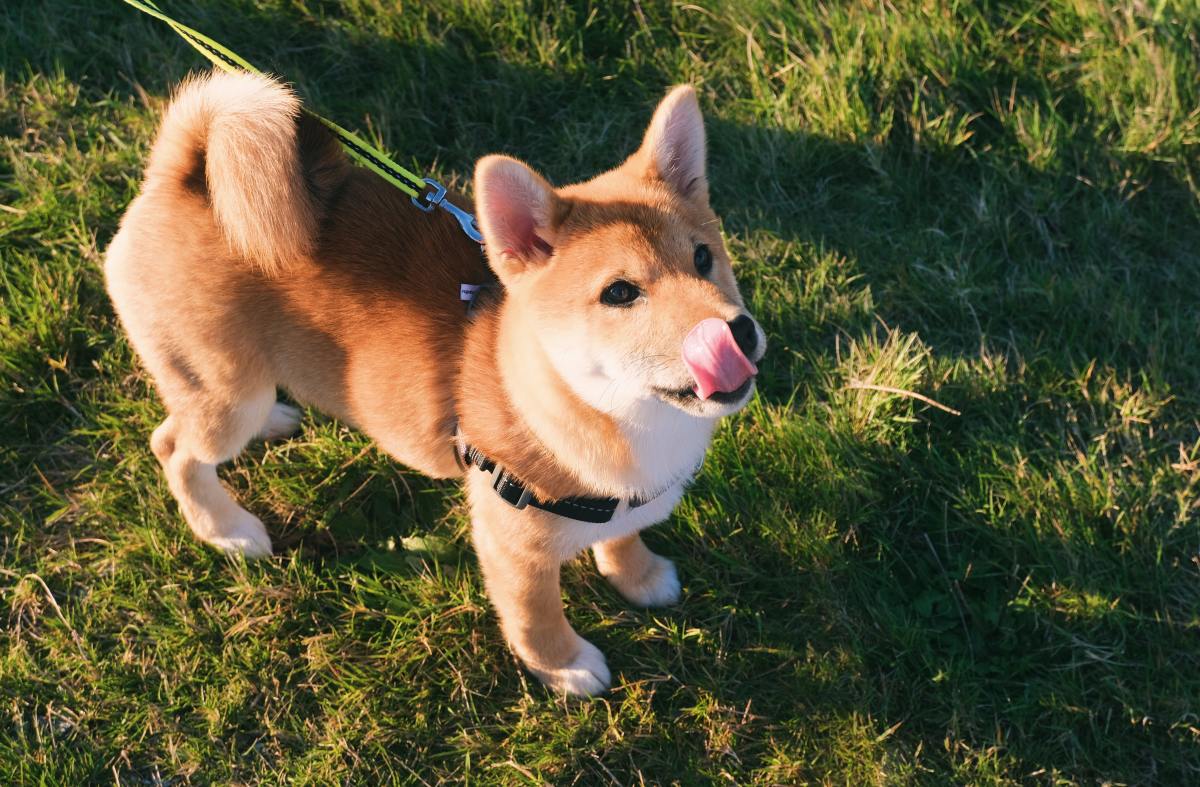 Is Dogecoin Really a Safe Investment?

Dogecoin has grown nearly 23,000% in the last year. To understand whether Dogecoin is a safe investment, it helps to understand why cryptocurrency was even created in the first place, starting with Bitcoin.

Understanding the initial ethos behind the crypto movement and what solutions it seeks to provide our society with are questions one should understand before investing in any crypto asset. If you’re interested in pure speculation and taking a risk, then Dogecoin may be for you, but if you want to understand the real purpose behind the movement, you may want to consider alternatives.

Bitcoin: A Way to Opt-Out of the Banking Infrastructure

Bitcoin came about during the fallout of the 2008 financial collapse, and while other attempts at digital money and e-cash had been made before, its story largely begins there.

In 2008, retirement accounts were flushed away as banks took on exceptionally large amounts of risk through the use of mortgage-backed securities and rehypothecation of collateral, building an unsustainable house of cards.

As it became clear that banks did not have enough cash to handle their bets going sour, the positive sentiment in the market evaporated. People began panic-selling their portfolios. Those who were nearing their retirement years and did not have the time to wait around for an economic recovery lost decades’ worth of saved up retirement money.

It became evident that something or someone had to stop the slide and board up the sinking ship. But how? The narrative started to surround the banks and their alleged “too big to fail” nature. The unfortunate reality is that this was true. The economy had been built up with straw and the bank’s practice of derivatives of derivatives tumbled like dominoes until the straw house collapsed. If any more banks were to fail the global economy would surely continue free-falling.

The solution? Government intervention in an otherwise capitalist and free-market economy. The band-aid that would stop the economy’s bleeding was to bail out the banks with taxpayer money. In other words, the citizens paid the price for the bad decisions that these banks made.

According to a review of the bailouts that occurred in the United States by Deborah J. Lucas, an MIT Sloan distinguished professor of finance, those who benefited from the bailouts were the institutions, rather than the citizens.

“As for who directly benefitted, Lucas found that the main winners were the large, unsecured creditors of large financial institutions. While their exact identities have not been made public, most are likely to have been large institutional investors such as banks, pension and mutual funds, insurance companies, and sovereigns.”

The value and purchasing power of the dollar has since been diminished due to the excess pumped into the market with this type of quantitative easing, especially since the recent stimulus in wake of the pandemic.

While the drastic increase of money supply can help to boost stock markets, prices of real estate, goods and services, it also lowers the purchasing power and distance a dollar can go. Those who make the same salaries every year or live paycheck to paycheck can get crushed by the increased prices of things they could previously afford.

This is where Bitcoin comes in. Bitcoin looked to provide solutions to a series of technical and philosophical questions that society faced regarding how we use money.

Who controls money in the first place? Who controls how large the supply is or if the supply should be expanded? Should a central authority be able to cause inflation through money creation or interest rates? Who decides who can access financial products like bank and brokerage accounts? Who decides where individuals are allowed to spend or use their money? Why isn’t our money more efficient?

In the past, the assumption has always been that these things are just taken care of by the government and central banks.

Bitcoin took another route. With Bitcoin, the questions asked above would all be addressed by the collective of its users. In other words, it is a currency created for the people and governed by the people, with zero central points of control.

Bitcoin looked to give economic empowerment and autonomy to anyone who wanted access, for better or worse. Many have debated the totally open nature of Bitcoin and its potential for illegal use, but one could argue that the freedom, transparency and cumulative good it can provide our society far outweigh its negative use-cases.

In terms of supply, it was decided that the quantity of Bitcoin would be capped so that its purchasing power would not be decreased as the dollars does. Over time, the users of the network grew significantly making it stronger and stronger. Now, it has become a global network of users that is controlled by the people rather than any bank or government.

Embedded in the first block of the chain was written, “The Times Jan/03/2009 Chancellor on brink of second bailout for banks,” referring to an article about the second economic bailout to the banks in England during the 2009 recession.

How Is Dogecoin Different Than Bitcoin?

Dogecoin was born out of the legendary doge meme and crypto movement at a time when cryptocurrency was slowly picking up pace in 2013.

It was built using existing open-source code from Litecoin and other projects, with added tweaks. It is similar to Litecoin except that it does not have a maximum supply. In fact, Dogecoin miners earn 10,000 Doge per block and blocks are created every minute. This means that each day 14,400,000 new tokens flood into the wallets of miners or are sold into the market.

In a recent interview with Insider, Dogecoin’s co-creator, Billy Markus, said that “The original intent was a parody of all the ‘serious’ clone coins that were trying so hard to differentiate themselves, but all seemed the same. Dogecoin was just another clone coin, but instead of taking itself seriously, it was just Dogecoin.”

It’s important to keep in mind here that one of Bitcoin’s primary features and purposes was to stop the inflation and decreasing purchasing power that occurs with the dollar and to create a new system where that does not happen.

Much of Bitcoin’s current value is derived from its scarcity and finite supply. In contrast, Dogecoin’s supply is quite literally, infinite. In the current market, Dogecoin miners are making a killing as speculation and meme culture has driven its price so high. A miner or pool of miners can earn 10,000 Doge for solving a block. At Doge’s current value, miners can earn almost $5,700 per block or $5,700 per minute.

Another factor to consider is decentralization. Decentralization is what gives Bitcoin its security. It is why it works so well as a currency governed by the collective of its users.

According to the block explorer, Blockchair, Dogecoin only has 1090 nodes. With such a low count of nodes, this makes it far more susceptible to a 51% attack. In comparison, Bitcoin has nearly 10,000 nodes distributed across 97 countries. If such an attack were to take place with Dogecoin, it would put holders at risk of losing all value.

Why Is Dogecoin Pumping if It Has No Fundamental Value?

So if Dogecoin’s supply is inflating so much why does its price keep going up? The answer to this is attributed to a number of recent market conditions.

The most obvious reason is due to stimulus and inflation. In February of 2020, there were $15.4 trillion dollars in the economy. After the various stimulus packages, it has increased to nearly $20 trillion. Stock market prices, real estate, commodities and more have all drastically increased with the influx of money.

Another reason Dogecoin’s surge has been bolstered is the growing use of finance apps, like Robinhood, by younger generations. Access to trading and investing has never been so high. Not only that, but nearly every single large retail brokerage platform reduced its commission fees and account minimums to $0 in 2019, making trading and investing open to anyone 18 and up with a phone.

With such easy access for younger groups, a new culture has grown and emerged on Reddit and other forums, many of which are focused more on humor than they are on sound investment decisions. The subreddit r/dogecoin has seemed to grow in parallel to the popular subreddit r/wallstreetbets, which is known for its memes and risky trades.

So, Should You Invest In Dogecoin?

The answer to that question is a personal one and based on just how much speculative risk you’re willing to take on. Currently, much of Dogecoin’s rise seems to be solely off of speculation and humor. It has certainly provided for good comedy and it has made people money, but the question is now about how sustainable it is.

It is nearly impossible to place fundamental value on Dogecoin with its infinite and quickly growing supply when compared to finite cryptocurrencies such as Bitcoin that are far more decentralized.

In the end, an investment in Dogecoin is based mostly on conjecture, and that Dogecoin will continue to rise from social trends like meme stocks and r/wallstreetbets. There may be a chance that it could continue to grow as long as Bitcoin is in a bull market, but it’s a risky chance to take.

Don’t miss out on how smart money is playing the crypto game. Find out how hedge funds, family offices and wall street players are positioning themselves for the growing crypto-economy in our premium newsletter – The Crypto Investor.