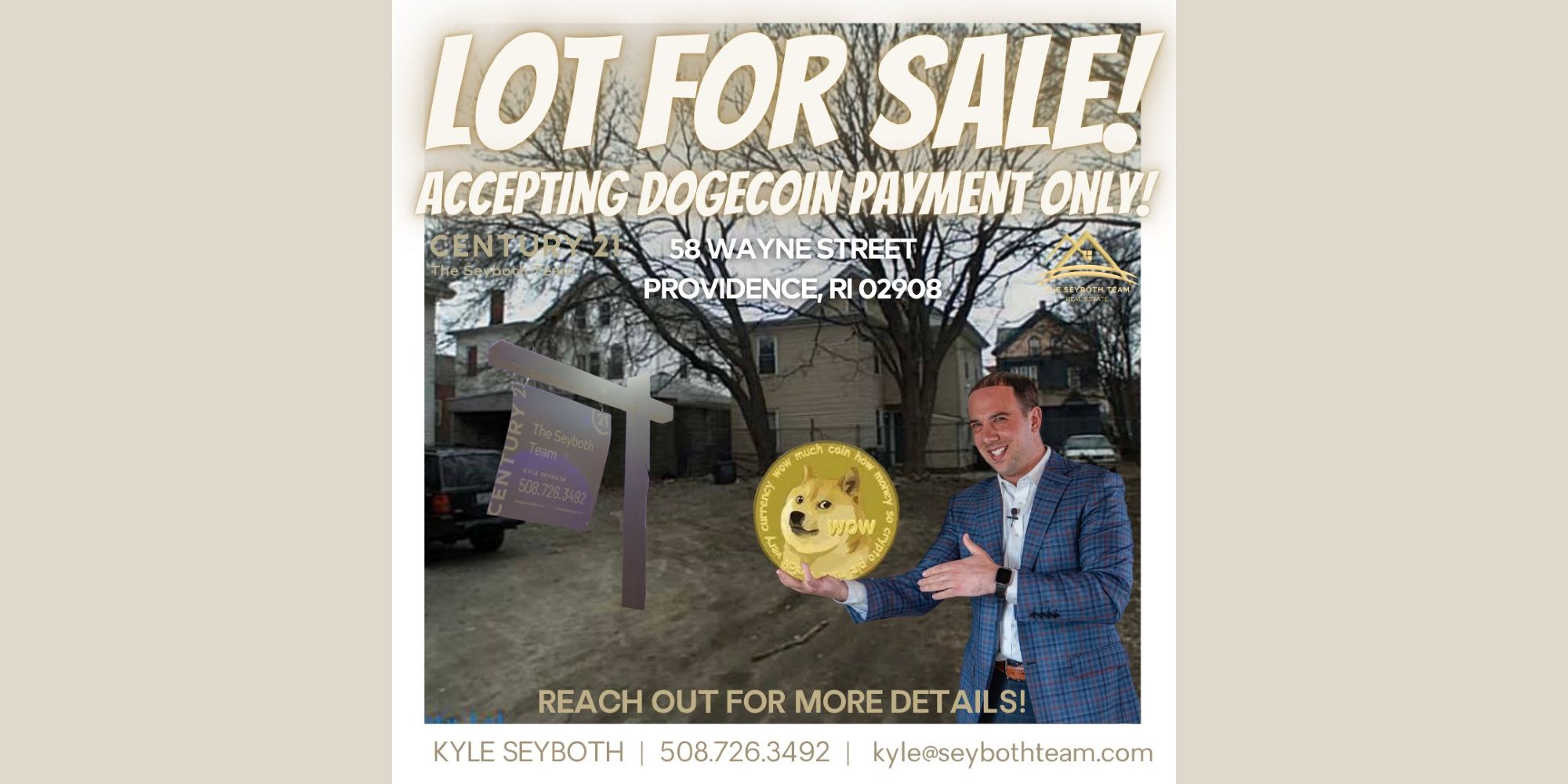 Rhode Island Realtor Sells Land For Dogecoin, But Will The Gamble Pay Off?

A lot of land in Providence, Rhode Island, has been sold with payment made using the Dogecoin cryptocurrency, which is thought to be a first.

A piece of land in the US state of Rhode Island has been sold with payment made using the Dogecoin cryptocurrency. It is thought to be the first such real estate transaction in the country. Despite the marquee nature of the deal, the use of Dogecoin represents a gamble for both the buyer and the seller.

Bitcoin is the most widely known and mainstream cryptocurrency, but there are countless alternatives, or ‘altcoins,’ available too. Dogecoin is one of those and also part of another subset known as ‘meme cryptocurrencies’ — satirical takes on the concept that are based on online memes. Attaching a meme to a crypto helps to create a narrative around it, build hype, and drive the value up. Based on the Doge meme and started as a joke, the value of Dogecoin has been pushed up by a strong community and support from perpetual disruptor Elon ‘doge-father’ Musk.

Now, as reported by NBC 10 WJAR, the lot of land in the city of Providence has become part of the Dogecoin narrative. Realtor Kyle Seyboth explained that the price for the lot was agreed at 150,000 Dogecoin, which he said equated to $50,000 when the contract was agreed. However, by the time the deal closes the value of the currency could have risen or fallen — and it fluctuates significantly — so either the buyer or the seller is likely to come out better off while the other will come out worse off.

Should You Trade Real Estate In Dogecoin?

For the vast majority of people, the simple answer to this is no. Using any currency — crypto or otherwise — other than a country’s main one for a sale that lasts any length of time creates the possibility that its value will rise or fall. It essentially layers an investment on top of a sale. Most people buying or selling real estate won’t want that extra element of risk added into the equation.

Of course, once a price has been agreed, the buyer would have until the payment must be made to ensure they have the funds in the appropriate currency. This would leave open the possibility of choosing the most favorable moment to buy a currency. For Seyboth, the Providence case provided an opportunity to show that his firm was “innovative” and not “stuck in the mud.” He said the seller, meanwhile, simply thought it would be “really cool if we could only sell my lot using Dogecoin.”

More: Stablecoins Explained & How They Can Help Stabilize Cryptocurrencies