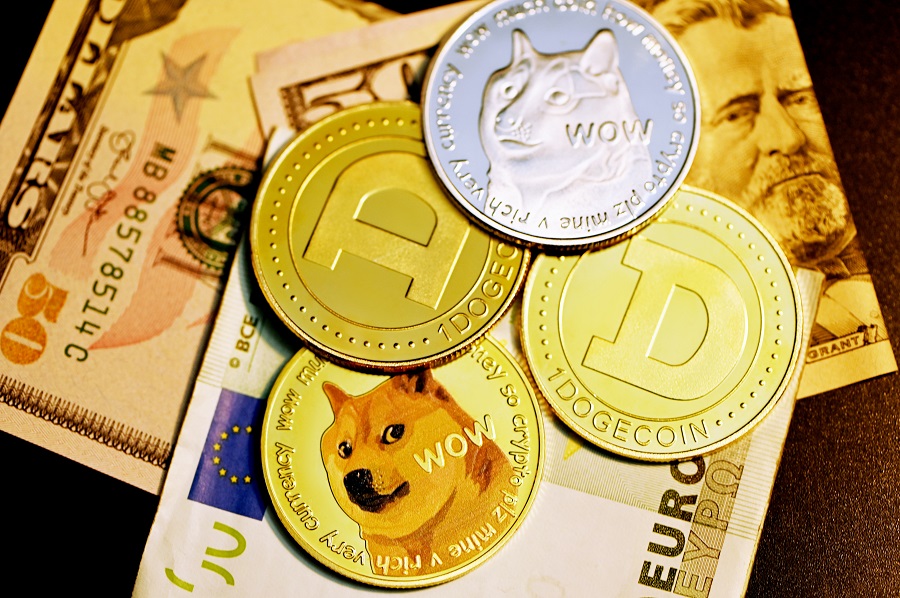 Shiba Inu vs. Dogecoin Battle of Meme Cryptos: Price, Risks, Which Is the Better Investment?

Investors were shocked to see the new meme coin, Shiba Inu, hit an all-time high on Thursday. It grew more than 500 percent in the past month alone, while Dogecoin barely climbed 27 percent.

Note, however, that despite being dubbed the “Dogecoin killer,” Shiba Inu fell behind Dogecoin at the top cryptocurrency ranking by market value.

These last few weeks brought huge gains on cryptocurrency tradings, including the fan-favorite meme coins. The iconic Dogecoin was seen trading between $0.26 to $0.33, which is nearly half its all time high of $0.68. However, many investors were surprised to see another meme coin grow spontaneously in the trading fever.

According to CNBC, the dog-inspired cryptocurrency called Shiba Inu recently hit an all-time high at $0.00008845. It also ranked eighth on the top cryptocurrencies by market value in CoinMarketCap. Investors immediately dubbed it the “Dogecoin killer” after it surpassed Doge–which initially ranked 10th.

This fierce battle garnered a lot of attention among fans and potential investors.

Should You Invest in Shiba Inu or Dogecoin?

Before investing in any of these coins, keep in mind that cryptocurrencies can be very volatile and speculative. Trades and profits are never guaranteed in this industry, so investors should only put the money they could afford to lose. Also, note that regulations are scant on cryptocurrency firms, so investors have no protection.

That said, if you still want to invest in Dogecoin or Shiba Inu, then here are their strengths and weaknesses, as reported by The Sun.

Dogecoin and Shiba Inu use different technologies for their trades. Dogecoin technology is based on Litecoin and operates as a proof-of-work cryptocurrency. On the other hand, Shiba Inu runs on Ethereum’s blockchain, so its primary token, SHIB, is an ERC-20 token.

Both meme coins have an impressive supply of coins, with Shiba Inu getting an edge. It has a maximum supply of quadrillion tokens. On the other hand, Dogecoin incentivizes its miners with 10,000 coins every minute as a constant boost to supply.

Taking all of this into consideration, Shiba Inu’s fantastic growth is more recognizable among the two. Some experts already forecast bigger gains for the “Dogecoin killer.”

In comparison, Wallet Investor said Dogecoin might reach $0.51 by 2022, while Coin Price Forecast predicted $0.39 in the same year.

As previously mentioned, there are no guarantees that these predictions are 100 percent accurate so take it with a pinch of salt.