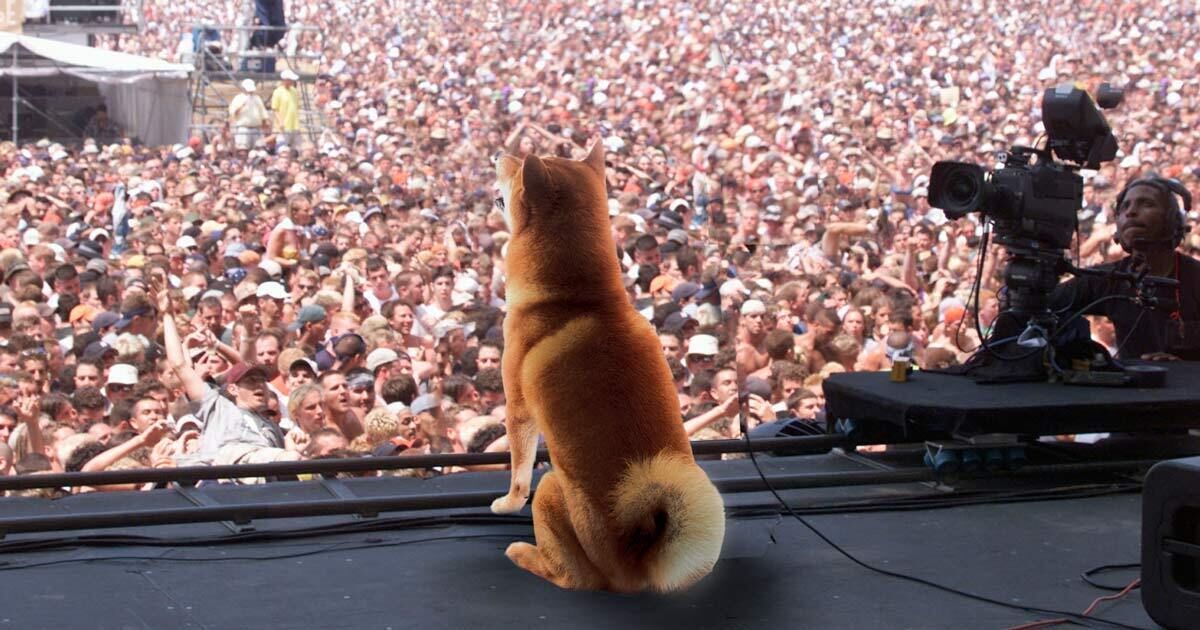 The Boomers Had Woodstock. Their Kids Get Gamestop and Dogecoin

It’s been a weird year for the old guard of the financial markets industry.

Consider the events of last week: U.S. employment data trailed economists’ forecasts by the most on record, and more than 130 companies in the S&P 500 reported earnings.

Now consider what created the most buzz in markets: a massive rally in Dogecoin amid speculation that Tesla Inc. founder Elon Musk would give the cryptocurrency a boost while hosting Saturday Night Live.

The pandemic, and the nascent recovery from it, have caused a whiplash in the fundamentals underlying the value of asset prices everywhere. Yet at the same time something else has happened: The whimsical entertainment value of some assets has undeniably emerged as a reason investors are bidding prices higher.

Dogecoin, which started as a joke based on memes about a talking dog with a limited vocabulary, is hardly the first example. Funny memes also played a huge role in the frenzy in the shares of GameStop Corp. and other companies that participants on Reddit’s WallStreetBets forum promised to send “to the moon” earlier this year. Even since the Reddit mania has worn off, GameStop is up more than 750% this year—a return that would have required an investor in the S&P 500 to buy and hold the index for about a quarter century. And good luck holding it long enough to match the 21,000% Dogecoin rally over the past year. Elsewhere, the craze in nonfungible tokens, or pieces of digital art that live on the blockchain and in some cases sell for millions of dollars, is perhaps the purest example.

The result is that the old buttoned-up financial markets—with their puritan stock index funds and barely there bond yields—seem boring compared with the show put on by these new assets. Even after a selloff in technology stocks this week shook up traditional markets, the move paled compared with the rise and fall of cryptocurrencies and meme stocks so far this year. The Nasdaq 100, where technology stocks are traded, remains near its peak.

“Bitcoin Is This Generation’s Rock & Roll” reads the title of a report from strategist Marko Papic at Clocktower Group LP, which provides seed capital to hedge funds. Being compared to the baby boomers may cause some eye rolling among the younger generation—and vice versa. Yet if you squint, it’s easy to see the similarities between the anti-establishment proselytizing of cryptocurrency’s true believers and that of the “don’t trust anyone over 30” zealots of the classic rock era. The adrenaline rush from a loud guitar has been replaced by the thrill from oversize investment gains or losses. Dogecoin, for its part, is perhaps this generation’s disco music—just here for the party and not interested in all the baggage of being a revolutionary.

It all adds up to a strange picture of what the new frontier of financial risk-taking looks like, whether it be the appreciation of a satirical cryptocurrency before a comedy show, a surge in the stock price of a left-for-dead company, or pixelated collectible images sold by auction houses that usually deal in works by masters like Monet.

At first blush the trend seems fairly harmless, like any other past fad that consumers spent heavily on only to look back later with a tinge of regret. However, the returns and dollar figures involved have become so large that it’s reasonable to ask whether a major shift is occurring among investors: out with the boring old buy-and-hold ethos of traditional markets, in with the exciting, get-rich-quick assets.

The morning that Musk was preparing for his SNL performance, the total market value of Dogecoin peaked at more than $94 billion, according to CoinMarketCap.com—bigger than that of about four-fifths of the companies in the S&P 500. Bitcoin’s market value is almost $1.2 trillion, which would make it the fifth-largest U.S. stock if it were a company.

The larger these types of speculative assets become, the more influential they are in traditional markets. Dogecoin’s impact has been so great that many blame it for putting a dent in the share price of Coinbase Global Inc., the largest cryptocurrency exchange, because it doesn’t offer trading in such highly speculative coins.

A few months ago, when it was GameStop’s turn for the “to the moon” treatment, traders pumped the stock up almost 2,000% in less than a month. Even after falling by more than half, GameStop is still one of the largest stocks in the Russell 2000 Index—a small-cap benchmark in which many retirement accounts and pension funds invest.

While there’s likely some truth to a metaphor such as “this generation’s rock & roll,” it’s also true that appetites for get-rich-quick strategies obey no generational boundaries. The embrace of Dogecoin by the likes of Musk, Mark Cuban, and Snoop Dogg make clear that this strange chapter of market history isn’t a story solely about the whims of youth. What it’s mostly about is what happens when massive amounts of disposable dollars created by government stimulus payments, enhanced unemployment benefits, and rock-bottom interest rates meet a still-limited set of opportunities to spend on traditional sources of entertainment. A year after the Covid-19 lockdowns began, the personal savings rate in the U.S. stood at about three times what it was before the pandemic.

As the economy continues to reopen and those savings start to dwindle, the rewards from dabbling in these entertaining new assets may begin to be overshadowed by the risks—and the dullness of those old, traditional investing strategies may become a virtue.

As for Dogecoin, the surge in its price didn’t even last until Musk made his appearance on SNL. By Sunday morning, after a bow-tie-wearing financial analyst played by Musk admitted on the show that “it’s a hustle,” the value of the coin had crashed almost 40% from its peak.

Yet Musk isn’t done promoting Dogecoin. As an encore to SNL, he announced the next day that his company Space Exploration Technologies Corp. will accept Dogecoin as payment for launching a satellite to—you guessed it—the moon.

Read next: LSD, Cargo Shorts, and the Fall of a High-Flying Tech CEO