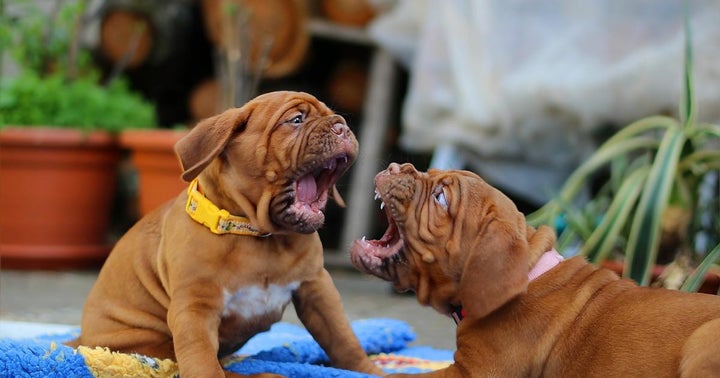 The Paw Boxing Between Shiba Inu And Dogecoin Traders Continues, But Can Both Reign Supreme?

The battle between Dogecoin (CRYPTO: DOGE) and Shiba Inu (CRYPTO: SHIB) traders and investors continued over various social media sites on Tuesday after well known proponents of Dogecoin weighed in.

Glauber Contessoto, otherwise known as the “Dogecoin Millionaire,” told Benzinga he expects Shiba Inu to plummet due to Shiba Inu being built on the Ethereum network, which has high gas fees and slow transactions.

Dogecoin co-creator Billy Markus decided to take a one-week break from Twitter Monday evening, seemingly due to frustration over the constant fighting between enthusiasts of different cryptos.

Regardless of what traders and investors believe is the better crypto, Shiba Inu was winning the trading session on Tuesday, trading up about 16% compared to Dogecoin, which was trading just 0.34% higher. Both coins look bullish from a technical standpoint, however, so it may be a case of “The Tortoise and the Hare.”

The Dogecoin Chart: Dogecoin soared 13.35% higher on Sunday and has since been consolidating the move. In its consolidation, it has settled into two separate bullish patterns on the daily chart.

The double inside bars have also shaped up into a bull flag pattern, with the pole created between Oct. 22 and Oct. 24 and the flag formed between Monday and Tuesday. The measured move, if Dogecoin reacts to the pattern, is about 21%, which could indicate the crypto will rise toward the 31-cent level following a break of the pattern.

Both consolidation patterns have helped to drop Dogecoin’s relative strength index (RSI) to a slightly more comfortable level of around 61%. On Sunday the crypto’s RSI was nearing the 70% level which indicated it was reaching overbought territory.

Want direct analysis? Find me in the BZ Pro lounge! Click here for a free trial.

The Shiba Inu Chart: Shiba Inu rallied 384% between Oct. 3 and Oct. 7 before entering into a long period of consolidation where the token spent 16 trading days in a sideways pattern below the Oct. 7 high of $0.00003700. On Oct. 24 Shina Inu broke up bullishly from the level and has soared up about 35% over the course of Monday and Tuesday.

Shiba Inu has higher-than-average volume, which indicates an extreme level of interest in the cryptocurrency. By Tuesday afternoon Shiba Inu’s trading volume was over 21.25 trillion compared to the average 10-day volume of 17.65 trillion.

The crypto will eventually need to consolidate the move higher, at least on lower timeframes, to drop its RSI which is currently running hot at about 75%. It should be noted that a stock or crypto’s RSI can remain extended for long periods of time, however.

Like Dogecoin, Shiba Inu is trading above the eight-day and 21-day EMAs, with the eight-day EMA trending above the 21-day, which is bullish. The crypto is becoming extended from the EMAs, which will also likely cause consolidation at some point in the near future. 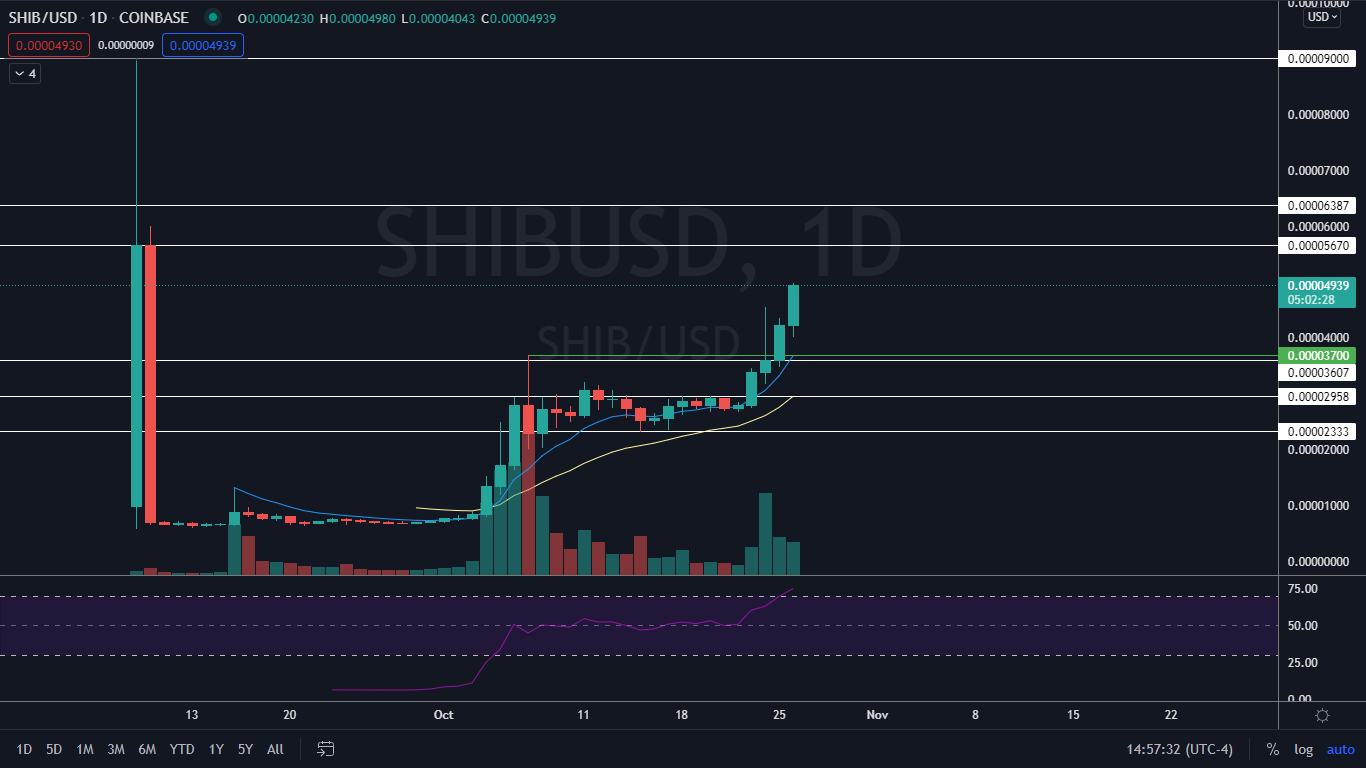