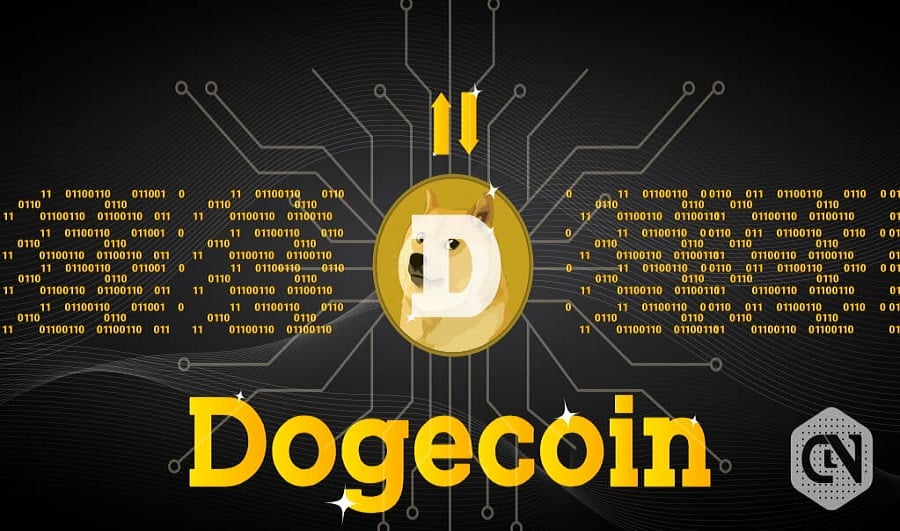 Loss of buying sentiment after a sudden fall and failing to cope up with the selling pressure wasn’t just the end of the story. The falling valuation, volumes, and prices indicate the lack of interest among buyers to invest at such a valuation. While this situation can be understood as Dogecoin losing investor interest, it can also mean the holders want to make entry at lower valuations.

This sleeping beast is not dried yet, and it still comes under the top 10 cryptocurrencies in terms of market capitalization. Keeping its position intact despite a dip in value indicates a similar trend among other cryptocurrencies. One can easily find the smaller volume and lower action candles with roughly 5% of intraday movement. The recent candles are indecisive since none of them have larger wicks or indicate a change in buyer sentiment.

Dogecoin has marked an all-time high of $0.74. The charts in monthly candle patterns show the positive movement and consolidation even on the larger time frame. The September candle has formed an indecisive form with wicks on both sides of the candle. Such candles indicate sluggish behavior by investors.

DOGE has a full circulating supply of over 131 billion coins and holds a value of close to 24 cents. Its consolidative price action gives an impression of a breakout in the near term. There is a greater probability of this breakout to be on the positive side of this digital asset.

The price movement on Dogecoin has reduced and shifted towards lesser volatility. The last few candles on DOGE charts have been trading under the 200 days moving average curve, which comes to around $0.2465. Even the 100 DMA has turned into a resistance level. In plain words, the price action on Dogecoin is close to becoming negative even at a time when major cryptos have recovered from the fall of September 07.

All the candles are trading within the September 07 candle marking them in the category of insider candles. While such a price movement is indicated as a positive movement, the fact that Dogecoin is trading almost 30% below its August high indicates a consolidation if the positive movement is to continue forward.

RSI has dipped from bullish levels to the negative side of the market, and this downside movement is in tandem with the decreasing volumes. Yesterday’s volume was eight times lesser than that on September 07. Although the momentum is in red, there is a decent probability of upside movement as per our Dogecoin forecast. This can be re-iterated from the fact that closing above the 200 DMA curve can initiate a fresh buying sentiment reviving the decreasing volumes.