VeChain Price Forecast: VET collapse may continue as race for the exits intensifies

VeChain price is currently down over 20% and is one of the ten worst performing cryptocurrencies on the core coverage list. The break with the rounded top has been a powerful resolution for the unsettled price action that dominated VET over the last month. With no clear support until the May 23 low, the altcoin should endure further losses moving forward.

Cardano price had successfully held the 2018 high from May 24 until Saturday’s close below $1.40. Today’s weakness has confirmed the breakdown, and ADA may be beginning a larger decline that could involve a test of the psychologically important $1.00 or even a sweep of the May 19 low of $0.91. 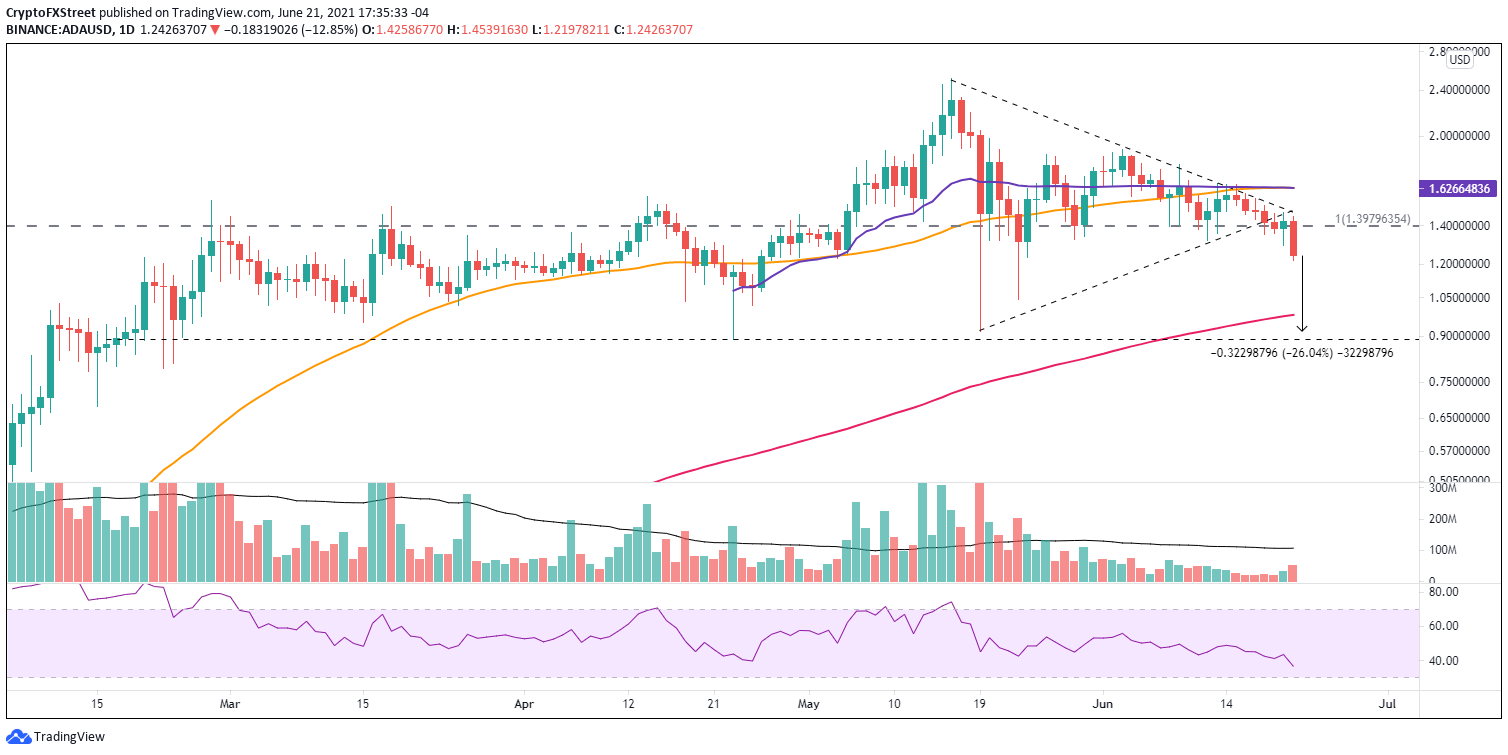 China’s central bank has once reiterated its stance on cryptocurrencies, telling major financial institutions to stop facilitating digital asset transactions. China’s largest banks agreed to halt the support for customers who wish to trade Bitcoin and other cryptocurrencies after the central bank stepped up to enforce a government ban.