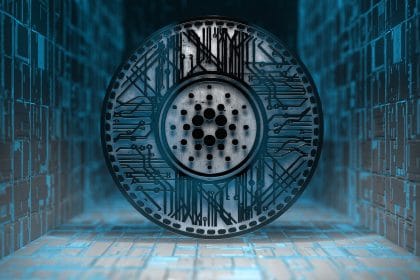 What Is Cardano (ADA)?

The guide provides a complete picture of Cardano, Ethereum’s rival that brings a new standard in technology, open and inclusive, to challenge the old and activate a new age of sustainable, globally distributed innovation.

Cardano aims to solve many of the current problems that plague the blockchain industry using mathematics to provide a provably secure blockchain that is less prone to attacks and acts as an infinitely scalable consensus mechanism. It is built for a target future, it helps people work better together, trust one another, and build global solutions to global problems. The project targets a global society that is secure, transparent, and fair, which can serve the many as well as the few. Cardano has made individuals’ control of their data, interaction, and transaction possible. Additionally, businesses have the opportunity to grow independent of monopolistic and bureaucratic power structures.

Cardano’s philosophy differentiates itself based on its blockchain project. It has unique design principles, engineering best practices, creating avenues for continued exploration to achieve its goals. It is an open-source project that has been gaining traction since its introduction.

Cardano’s functioning bases on five principles: people, purpose, technology, research, and opportunity. The project team believes that collaboration brings more achievement. It brings people towards the project thinking that every ADA holder holds a stake in the Cardano network. ADA stored in a wallet can be delegated to a stake pool to earn rewards, to participate in the successful running of the network, or pledged to a stake pool to increase the pool’s likelihood of receiving rewards. In time, holders can use ADA for various applications and services on the Cardano platform.

Charles Hoskinson, the co-founder of Ethereum (ETH), is the brain behind the creation of Cardano. He saw the need for improvement in blockchain activity. Hoskinson leveraged his mathematics background to develop a standardized blockchain. Subsequently, he connected to a like-minded Jeremy Wood, his co-worker at Ethereum, interested in an improved blockchain and Smart Contract platform. The duo founded Cardano in 2015 and pushed the project to where it is today.

Aside from the founders, there are several stakeholders to the project. They include Cardano Foundation, a nonprofit organization acting as a custodial for the entire project to help market and ensure the security of the blockchain. Further, IOHK is one of the major stakeholders. Charles Hoskinson and Jeremy Wood founded this company in 2015 as a research and development company that has helped with the design and engineering of the Cardano blockchain. Embargo company acts as a large funding entity to support Cardano and assist with its development financially.

Meanwhile, Hoskinson and Wood are the masterminds and major stakeholders behind the core principles and smart contract platform that make up Cardano. They do not own or operate the Cardano blockchain.

Cardano brings a new standard in technology, open and inclusive, to challenge the old and activate a new age of sustainable, globally distributed innovation. It builds a better future – secure, sustainable, and governable by the many – we have taken the road less traveled. It is a blockchain platform with unparalleled performance that supports global applications, systems, and real-life business use cases.

Practically, the Cardano blockchain has two major components. The CSL, better known as Cardano Settlement Layer, serves as a unit of account and a purse that receives and sends tokens. ADA instantaneously with minimal transaction fees.

The second layer protocol is the Cardano Computational Layer (CCL). It is the backbone of the blockchain, which makes the running of smart contracts possible, as it ensures security, compliance and allows advanced functionality.

The Cardano open source code is written using Haskell, a universally recognized and secure programming language. This layer operates separately from the settlement layer to afford flexibility if the need for changes arises. Its off-chain protocol allows it to offer greater data storage flexibility and an access model that lets users create customized rules when validating transactions.

The integration of smart contracts, the Goguen era, is a big step forwards in capability for the Cardano network. The Shelley era decentralizes the core of the system. This smart contract adds the ability to build decentralized applications (DApps) on Cardano’s solid foundation of peer-reviewed research and high-assurance development. It allows users from technical and non-technical backgrounds to create and execute functional smart contracts on the Cardano network.

One of the goals for the Goguen era is the creation of Plutus, a purpose-built smart contract development language and execution platform using the functional programming language Haskell.

Goguen also sees improvements to the core Cardano offering. Most significantly, the addition of a multi-currency ledger extends the usefulness of Cardano even further, enabling users to create new natively supported tokens.

This allows the creation of fungible and non-fungible tokens (NFTs). It supports creating new cryptocurrencies on Cardano. The Goguen era presents a step-change in the abilities of Cardano, opening the way to the development of enterprise-level, mission-critical, decentralized smart contract applications, with even more exciting things to come during the Basho and Voltaire eras.

In contrast to other blockchain projects where miners vote and decide on changes to the protocol, in Cardano, its ADA token holders do that.

Therefore, when a new change or development is proposed to the Cardano blockchain, Cardano crypto holders use their ADA to vote on these proposals. This way, everyone who owns the cryptocurrency has a say in its development.

Ordinarily, both the projects have similar goals and aspirations, because the Cardano co-founders have the background traceable to Ethereum. The two projects focus on becoming the world’s primary decentralized blockchain platform for building new tools and protocols. The need to have a scalable and secure blockchain, having identified them as the challenges plaque Ethereum, necessitated the development of Cardano.

Cardano started in September 2017, while Ethereum began in 2014. The leader of the Cardano project is Charles Hoskinson, and Ethereum is identified as Vitalik Buterin. The Consensus Mechanism of the former is PoS, while the latter is PoW.

ADA is a digital coin that can store value or send and receive funds. The ADA cryptocurrency runs on the Cardano blockchain, a first-of-its-kind decentralized network based entirely on scientific and mathematical principles and designed by experts. ADA holders can stake the tokens and use them for voting. Currently, the ADA supply in circulation is over 31 billion.