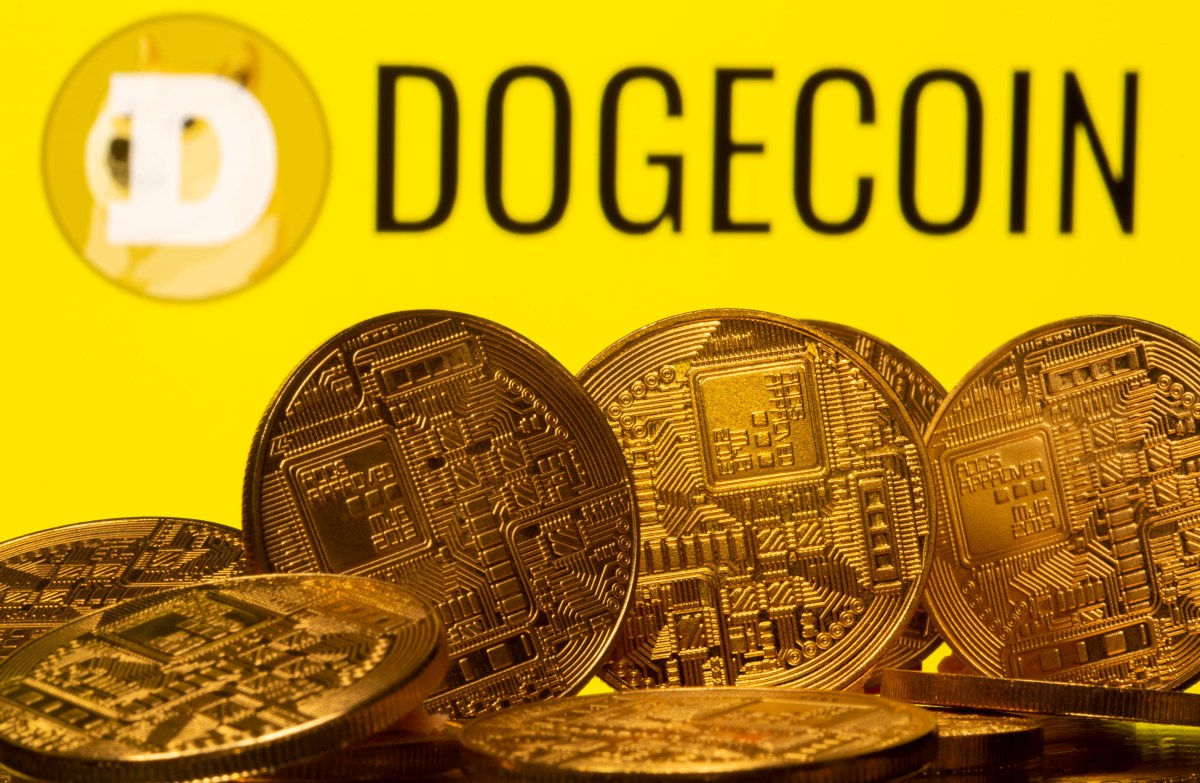 What is Dogecoin? What you need to know about the cryptocurrency

Dogecoin, the meme-inspired cryptocurrency, may have started a joke — but now the quirky digital token has exploded into the center of the trillion-dollar crypto market.

It is the 6th most valuable cryptocurrency currently, having increased by more than 1400% over the past 12 months, according to CoinMarketCap.

And while different types of cryptocurrencies do share similarities, each digital currency also has unique characteristics that distinguish them in important ways.

So what sets dogecoin apart from its peers, including bitcoin and ethereum? Here’s what it’s all about.

Software engineers Billy Marcus and Jackson Palmer created dogecoin in 2013 as a way to make fun of the hype around bitcoin and the various other cryptocurrencies at the time.

The digital currency features the face of the Shiba Inu dog from the viral “Doge” meme as its logo and namesake.

Marcus has admitted on Reddit and in several interviews with the media that it was created it in a matter of hours as a joke — and he sold all of his holdings in 2015.

Even last week, the co-creator quipped on Twitter that, “i made doge in like 2 hours i didn’t consider anything.”

But that hasn’t stopped a legion of irony-loving, crypto enthusiasts from jumping on the dogecoin bandwagon and driving up the price.

Dogecoin peaked earlier this month at 64 cents per coin, up from the roughly 3 cents per coin it traded at for most of the second half of 2020.

The crypto once boasted a market cap of about $92 billion, about the size of ride-hailing giant Uber and airliner manufacturer Airbus.

As of Wednesday, though, dogecoin had fallen to about 39 cents per coin, with a market cap of about $50.8 billion.

What is the connection between dogecoin and Elon Musk?

It’s unclear if Tesla and SpaceX CEO Elon Musk owns any dogecoin, but he’s certainly taken an interest in it.

The billionaire has tweeted about the coin at least as far back as April of 2019, saying at the time, “Dogecoin might be my fav cryptocurrency. It’s pretty cool.”

He’s since tweeted sporadically about the crypto, as well as others, especially bitcoin. These tweets often cause huge surges in the price of the digital currency he mentions.

Musk has claimed before that his tweets about dogecoin are jokes, however, they’ve also occasionally coincided with billion-dollar movements in the crypto market.

More recently, Musk has caused a stir in the crypto community by appearing to pit dogecoin against bitcoin.

Musk’s company, Tesla, announced in February that it had bought $1.5 billion worth of bitcoin and would accept the crypto as payment for its cars — sending the price of bitcoin soaring.

But last week, Musk made an about-face and announced that Tesla would no longer accept bitcoin, citing the impact of “mining” bitcoin on the environment.

The entrepreneur said company was looking at other cryptos that consume less energy per transaction — and then suggested dogecoin might be a candidate.

What is the difference between dogecoin and bitcoin?

The biggest difference between the two coins is that while bitcoin is designed to have a limited supply, dogecoin exists in infinite supply.

The supply of bitcoin is capped at about 21 million, which enthusiasts say means that it can behave like other assets that are limited by supply, such as gold.

Bitcoin boosters argue this is why the digital token will one day be a stable “store of value.”

Dogecoin, on the other hand, currently has no such cap. Marcus, the dogecoin creator, said recently on twitter that the infinite supply was unintended. He said the main consideration in creating dogecoin was making a crypto that enabled faster transactions.

What is the value of one dogecoin?

Dogecoin’s value is determined by what someone else is willing to pay for it.

There are still very few businesses that will accept dogecoin as payment for its products or services, so its value is really determined by the market, which can be extraordinarily volatile.

As of Wednesday, the meme-inspired crypto was trading at about 39 cents per coin, but there’s no guarantee it will remain at that value next week, or tomorrow, or even later today.

However, the entire cryptocurrency sector has been known for its volatility since its establishment.

How can I buy dogecoin?

Investors can use various crypto exchanges to buy dogecoin, though it’s not listed as widely as larger cryptos like bitcoin and ethereum.

Dogecoin is listed under the ticker DOGE on the commission-free trading app Robinhood, cyrpto-exchange Binance, trading platform WeBull and others.

On a handful of exchanges, such as the app Kraken, you can buy dogecoin using other cryptocurrencies, but if you want to pay in US Dollars, you’ll need to provide more verification documents.

Notably, Coinbase, the first publicly-traded crypto-exchange, does not currently list dogecoin — but the company said earlier this month that it plans to in the next six to eight weeks.