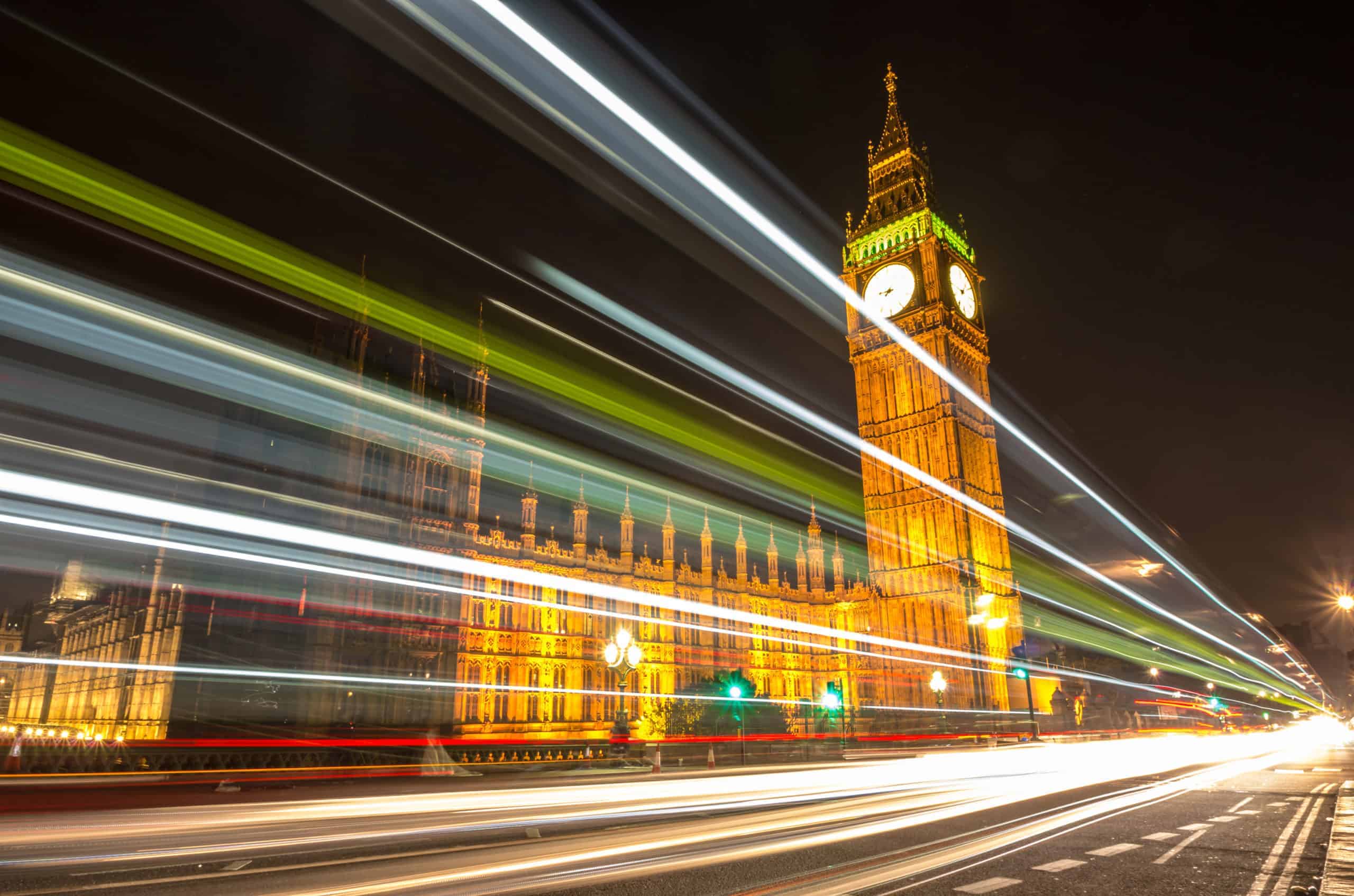 What will Ethereum’s London hard fork do as an upgrade?

Ethereum’s London hard fork is an update to the Ethereum blockchain, which is set to take place in the coming week. The London update will make significant changes to Ethereum’s transaction fee system, which has long been a contentious subject due to the congestion on the network that has hosted the vast majority of decentralized finance (DeFi) and non-fungible token (NFT) projects — two sectors that have grown exponentially in the last year.

“Ethereum’s a huge driving force in the blockchain industry and probably one of the dominant chains that users interact with typically through some sort of DeFi product or an NFT product,” said Alan Chiu, CEO at Enya.ai, which provides layer 2 scaling services for Ethereum, in an interview with Forkast.News.

Ethereum’s London update will prepare the network’s evolution to what is called Ethereum 2.0 — a full transition from the proof-of-work (POW) consensus model to proof of stake (POS). The London hard fork will introduce new Ethereum Improvement Proposals (EIPs), which are set to make the blockchain more competitively priced as well as user-friendly.

“Ethereum is ushering in a seismic shift in the way the industry operates,” said Konstantin Richter, CEO of Blockdaemon — a platform focused on connecting blockchain protocols — in an interview with Forkast.News. “Traditionally we have seen all the major blockchains run on a proof-of-work basis, yet Ethereum’s transition to proof of stake brings an unprecedented level of attention to this new paradigm, underscored by the growing concerns around energy consumption.”

Unlike Bitcoin, which is largely only used as a store of value, the Ethereum blockchain has been far more ambitious since its launch in 2015. Its proponents tout the blockchain as being the potential backbone of the internet of the future. Ethereum is a smart-contract platform, and as the first mover in this field, the majority of decentralized applications (DApps) and DeFi have been built upon its network.

However, Ethereum has been facing issues in bringing the DeFi space to anything close to critical mass and mainstream adoption is lagging due to its bandwidth, or ability to scale — consequently high transaction fees (gas prices). At any given moment the gas price can fluctuate depending on the demand for the network. The London hard fork is a major step in tackling this issue, to make transaction fees more predictable.

“London hard fork introduces quite a few changes to Ethereum, but the one that probably will have the most visible impact to end-users is how it changes the fee structure of Ethereum,” said Chiu, of  Enya.ai. “Imagine if the real price of gasoline fluctuated 10 times in a day, how much less likely people would be willing to use an automobile as transportation? Similarly, here, extreme price volatility really pushes people away from participating in Ethereum.”

In general, the core feature of Ethereum’s London update — known as EIP 1559 — will be capping the rate of increase of gas fees and help moderate the volatility of transaction fees that will help bring more users into the ecosystem.

EIP 1559 could also bring Ethereum into the scarce asset conversation, according to many — which is currently one of the main arguments to use Bitcoin as a hedge against inflation due to its capped supply of 21 million BTC. Currently, Ethereum has no fixed maximum supply — which makes it less suitable as a store of value. Ethereum’s circulating supply is at 116,431,347 ETH as of publishing time.

“The fees collected from the user actually consist of two components. There’s the base fee and a tip, after the London update the base fee will actually be burned. And for the first time Ethereum will have a mechanism to take ETH out of the supply and reduce the rate of growth of the supply of ETH overall in the market,” Chiu said. “Some are speculating that this will lead to an increase in the price of Ether itself.”

Ethereum’s base fees are paid in Ether. To “burn” the base fee means to essentially destroy the Ether used, thus reducing the total supply. The second payment — or the “tip” — is what users pay for faster transactions. The higher the tip — as can also be the case in the off-line world — the more likely a user’s transaction will be prioritized on the blockchain.

The slow speed may not have been a problem in the beginning when Ethereum had few users, but as more and more users enter the DeFi space, it has led to network congestion and high gas fees. The average transaction fee on the Ethereum network ran as high as US$71 as the Ether price hit its all time high in May. The rise also coincides with the increasing popularity of DeFi — in October 2020, the average fee was only around US$2.

“Vitalik (Buterin) himself, recognizes that limit has to go up in order to fulfill the promise of Ethereum which is why he and the rest of the Ethereum Co-development team have been working on ETH 2 as a way to scale the capacity of Ethereum, and which will then bring down the cost of conducting transactions on the network,” Chiu said.

“This upgrade is relevant to improve the cost and performance issues Ethereum faces, along with other scalability efforts in sharding, ZK Rollup and sidechains,” said Richter, of Blockdaemon.

According to Vitalik Buterin, one of the founders of Ethereum, when the blockchain finally transitions 2.0 could eventually see the network speed up to around 100,000 transactions per second using sharding and other tactics.

As Ethereum struggled in recent times with surging demand in the DeFi space, it has given potential rivals — often known as “Ethereum killers” — like Cardano, Polkadot, Binance Smart Chain and Solana time to make their entry into the space. The Solana public blockchain, in particular, has been turning heads in the blockchain world due to its transaction speeds which are at around 65,000 transactions per second — making it roughly 2,000 times faster than Ethereum, and 40 times faster than Visa.

But will these rivals really “kill” Ethereum? Experts don’t quite agree that there is only room for one smart contract platform.

“I think the term ‘Ethereum killer’ is not quite right because I just see the entire ecosystem growing so much and it’s difficult to say that one is going to kill the other,” said Charlie Morris, managing partner at asset management firm CMCC Global, in an interview with Forkast.News. “I think both (Ethereum and Solana) are going to grow phenomenally from here. I think we’re already seeing this, just look at Wormhole, which is a bridge between Ethereum and Solana, which was created maybe a few months ago. I’m a big believer in the long term of interoperability between lots of different chains.”

Richter adds: “In an industry as young as blockchain, competition should not always be viewed through a zero-sum lens and it is almost better to phrase the question the other way around — can Solana and Cardano make it. In terms of its use, utility and adoption, decentralized finance (DeFi), for example, is still at probably only a 1% adoption, with huge market growth left to be seen in the coming years in both emerging and established markets.”

Richter argues that Ethereum has the first-mover advantage through its pioneering work in smart contracts, having built up a large cohort of developers, documentation and tools, all of which have helped solidify its position as the number two blockchain in the space.

Enya.ai’s Chiu agrees that the blockchain industry is at far too early a stage to be seen as a zero-sum game and believes competition is good for the ecosystem.

“When you’re designing a complex system such as Ethereum or Solana, you’re always trading off different design goals,” Chiu said. “It’s healthy overall to have different blockchains that are optimizing for different design goals so that application developers can choose which blockchain to build on based on their needs and in their end-users needs.”

The London hard fork is planned to be released in three testnets — Ropsten, Goerli and Rinkeby — prior to its release to Mainnet, with the Ropsten testnet release taking place on Thursday. The exact Mainnet release date will be announced once testnets fork successfully, but is expected sometime within July.