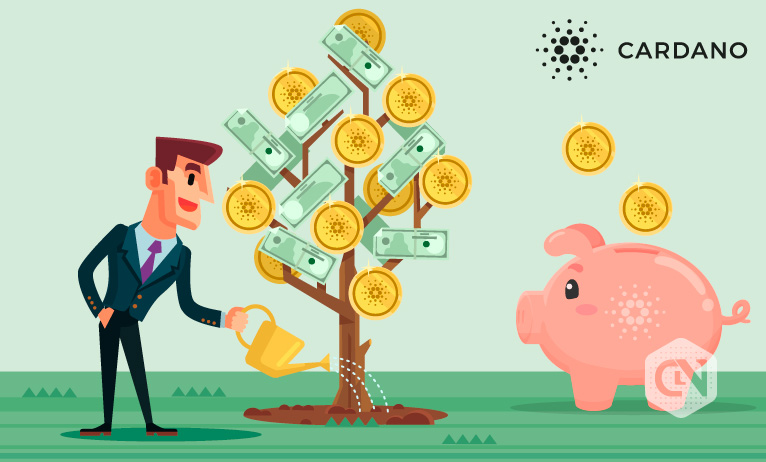 Will Cardano Rally Further Or Retrace After Hitting a New ATH?

Cardano has the capability to solve three huge problems of the blockchain world, Interoperability, Scalability, and Sustainability. Becoming Internet of blockchains will surely enable it to offer a lot more features, but that will be taking some time.

By the time, ADA grows to a massive extent, there will be a large number of similarity-based cryptocurrencies, but for now, there are not many competitors to its vision which makes it special. Launching new forks and protocols, improving their network transaction speeds can further attract more traction allowing ADA to fly to the moon. Compared to Ethereum, ADA has the scope of scaling to at least 5 to 10 times in terms of valuation gains.

At present, Cardano has a market capitalization of $70 billion but has slipped to the fourth position in the crypto market after Binance Coin marked an 8% intraday gain. The large green candles are an indication of investor’s belief in its blockchain and scaling of this cryptocurrency usage.

Keeping bullishness, the scope of improving, and investor interest aside, the one thing that gets stuck in our eyes is the price action. Too much buying and less selling give a hazy picture of repeating a sudden sell-off in a short period of time, trapping buyers at higher levels, like the ADA price drop of May.

Compared to the sudden increase in volumes after giving a breakout at around $1.45, ADA has moved upwards in a straight line which has become a reason for worry. Even though it can reach $5 to $10 with continued bullishness, the fear of sudden profit booking is real, and heavy buying at current levels is not recommended. Adding small quantities over time can, however, allow it to accumulate at a good average cost as per our Cardano coin price prediction.

Cardano faces small resistance at its current high levels, and we can see its consolidation above $2. Such consolidation is a good sign as many might book profits and re-invest at higher or lower levels. At present, it has strong swing support at $1.83 levels followed by $1.40 levels. On the upside, the levels between $2.10 to $2.45 are a resistance zone.

Even after breaking the current resistance levels, the next 15% move to $2.80 will become a new zone identification level. This new level will be important for ADA to much higher levels of $5 or more, or it can cause a good profit booking pushing Cardano price back to $1.5 to $2 levels. Comparing its price action with other market leaders, we are unable to find any similarities between their momentum.

On hourly levels, Cardano (ADA) can be seen consolidating near its current high indicating confusion among investors about Cardano price valuations. Although it is trading with respect to the trend line of the last five days, it has support at $1.80 on hourly charts, which are 20% below the current levels. We can expect a breakout once it retraces back to the trend line.

One should wait for the price action when ADA gives a clear breakout or fails to move upwards before making fresh entry at current levels.