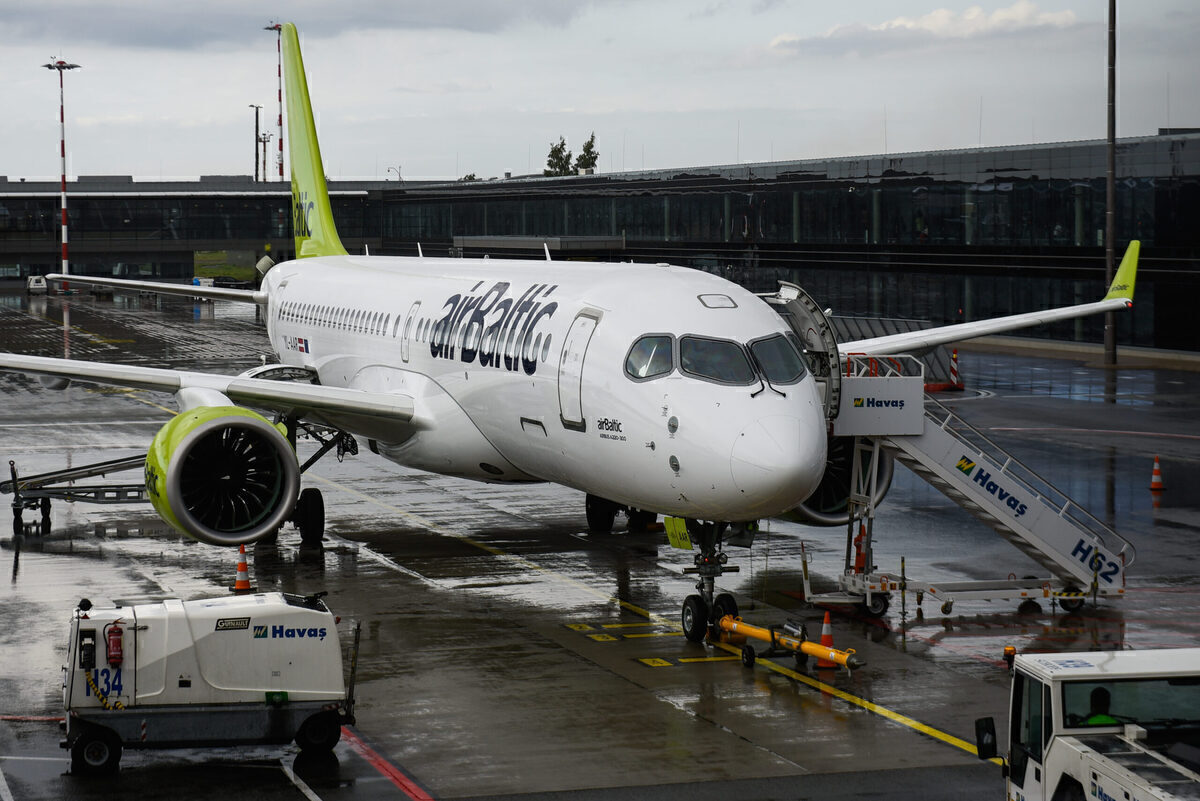 Latvian flag carrier airBaltic has become the world’s first airline to jump on the non-fungible token (NFT) craze. The airline is offering limited NFT’s of an Airbus A220-300 along with unique pieces of art promoting Latvian towns and cities.

airBaltic will drop the first NFT’s in April

After making headlines back in 2014 as the first airline globally to accept Bitcoin (BTC) as payment, airBaltic will become the first airline to issue NFT’s. Non-fungible tokens are a type of cryptocurrency asset which uses blockchain technology. Each token is completely unique and acts as a type of digital certificate of ownership.

airBaltic plans to release “limited collector NFT’s showcasing an individual Airbus A220-300 with its registration.” Additionally, the airline will issue digital art on Latvia’s towns and cities “one by one” as part of a tourism campaign.

“NFTs are not only used for digital art transactions but may as well be expanded to tickets for concerts and other unique one-time pieces, including airline tickets. The issue of the limited collector NFTs will serve as a tourism campaign for Latvian cities, certainly still an undiscovered destination for many.”

Are NFT’s a worthwhile investment?

NFT’s are a new form of investment, having only really hit the public eye over the last couple of months. Just as with any investment in collectibles, whether it’s trading cards, sports memorabilia or modern art, there’s no telling what might happen to the value. Despite buyers essentially investing in a piece of data on a blockchain, a lot of money has traded hands in the pursuit of NFT’s.

One digital artwork by artist Beeple recently sold for an eye-watering $69 million at Christie’s auction house. The artwork itself has been viewed and replicated online by millions free of charge, but only one digital token of ownership exists. Other notable transactions include Twitter CEO Jack Dorsey’s first-ever tweet selling for $2.5 million and a Gif of 2011 internet meme ‘Nyan Cat’ going for $600,000.

airBaltic first started accepting cryptocurrency payments in 2014, initially with Bitcoin. Since then, the airline has expanded its crypto list to include other coins like Dogecoin, Etherium and Bitcoin Cash. airBaltic will work together with payment platform BitPay, which converts cryptocurrency into fiat (regular) currency.

“After being the first airline to accept Bitcoin as a form of payment, it is the next step for us in blockchain technology to offer non-fungible tokens.”

The airline recently revealed that over 1,000 customers have purchased fares with the airline using Bitcoin since 2014. Across 2019, an average of 15 reservations were made per month using cryptocurrency, although this dropped by half through 2020 due to travel restrictions.

Other aviation companies, such as UK-based private jet company PrivateFly and Korean LCC Jin Air, have also made forays into crypto. PrivateFly revealed that 19% of its revenues came from cryptocurrency payments this January.

Would you like to see more airlines get onboard with cryptocurrency? Let us know your thoughts in the comments.