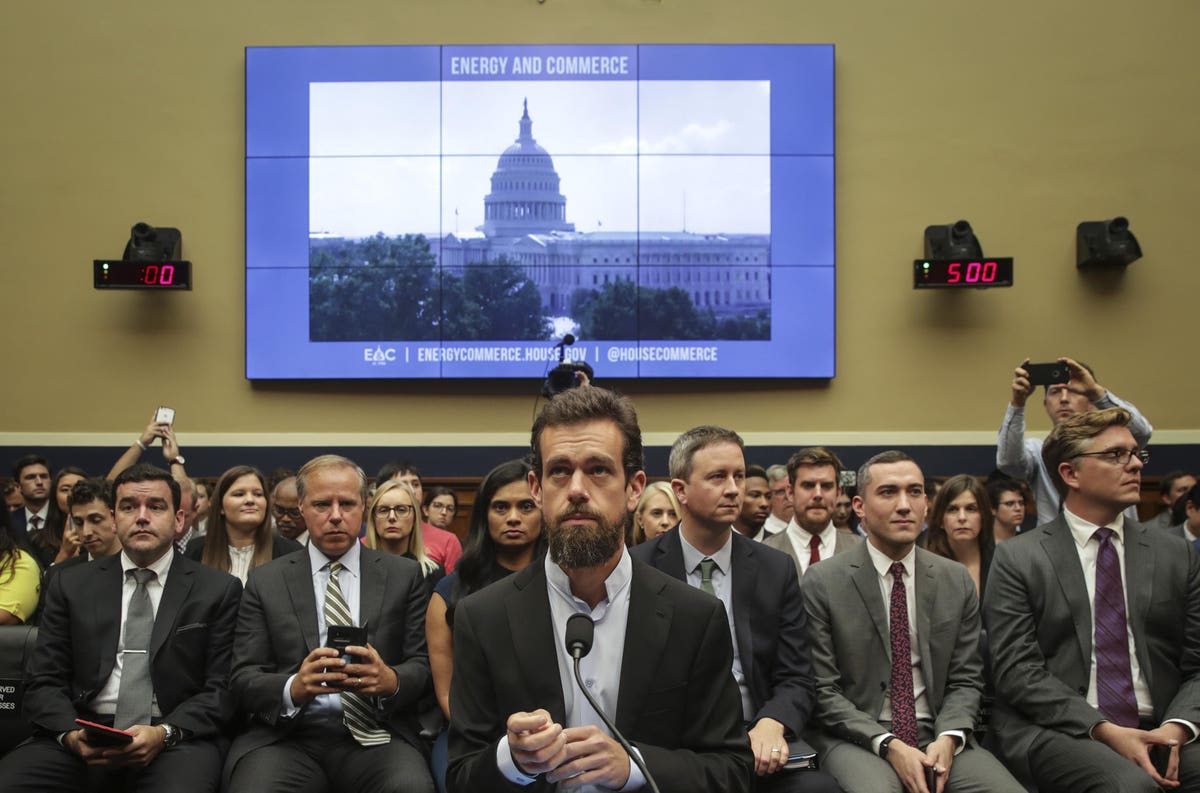 As of March 21, 2021 it will have been 15 years since Jack Dorsey founded Twitter and published the first ever tweet, “just setting up my twttr.” He is now auctioning this simple 1-lined tweet as a non-fungible token (NFT) on a platform called “Valuables.” As of this writing, the highest bid was from Sina Estavi, CEO of Bridge Oracle, for $2.5 million and once the auction is done, proceeds will be converted to bitcoin before being donated to charity.

What Jack Dorsey created with Twitter has the potential to be more than Facebook, especially when it comes to the dissemination of news. That said, influence, respect, and popularity do not necessarily go hand in hand. Mark Zuckerberg was once thought of as technologically savvy, rebellious and he garnered a lot of respect for the platform he built. We have seen how quickly the tide turned against Facebook and Zuckerberg as a result of the company’s centralized and opaque decision-making practices, disregard for privacy, and censorship.

Jack Dorsey could be facing a similar fate. Twitter has experienced a tidal wave of controversy as of late, given how it handled last years hacks, as well as its censorship of sensitive tweets and materials during the 2020 presidential campaign and election. At that time, Dorsey said, “We are facing something that feels impossible. . . We are required to help increase the health of the public conversation while at the same time ensuring that as many people as possible can participate.” And to many people banning former President Trump sounded a lot like partisan censorship.

At the same time, Dorsey’s story is more complicated. While Zuckerberg and Facebook have made shallow efforts at integrating blockchain and cryptocurrency into the business, Dorsey is a huge advocate of cryptocurrency. Dorsey has done a lot of promote the industry and spread adoption. For instance, another company that Dorsey founded, Square, Inc, is a fintech, payment company and offers cryptocurrency brokerage services through its CashApp. Last month Square announced it had invested $170 million in Bitcoin, more than tripling its last investment in the cryptocurrency. “Combined with Square’s previous purchase of $50 million in bitcoin, this represents approximately five percent of Square’s total cash, cash equivalents and marketable securities as of December 31, 2020,” the company announced.

There is no denying that Dorsey has done and will continue to do a lot for the cryptocurrency industry. So it begs the questions, are the concepts behind cryptocurrency and Twitter mutually exclusive, or can they find a way to coexist?

From an outside perspective the term “crypto twitter” probably doesn’t mean much. Crypto twitter at its very basic level is just a forum, a community of people who are involved in cryptocurrency as either a profession, passion, hobby, interest, or even skeptic.

But if you ask someone who spends a lot of time in the industry, you’ll get a very different answer. In many ways Twitter helps to support the goals of bitcoin and cryptocurrency. Crypto twitter is a world that offers insight and perspective from some of the greatest financial and technological minds, often uncensored. It allows those new to the industry to interact with “OGs” (people who have been in the space for many years) and learn from one another. It gives those interested in the space a place to share, ask questions and stay up to date on breaking news. It even gives people who might otherwise not want to socialize or be known in the industry, a place to interact with others while remaining anonymous.

That said, “crypto twitter” is not without its contradictions, which is unsurprising for a centralized platform being used to host semi-anonymous discussions with a free-thinking bent.

Like bitcoin’s creator, the pseudonymous Satoshi Nakamoto, Twitter accounts can be anonymous, meaning that a user does not need to provide his or her true name or profile picture to join or gain a wide following and respect. In fact, sometimes a degree of mystery is helpful.

@TheCryptoDog, one of the more prominent anonymous crypto-related accounts on twitter has 336.1 followers. @BullyEsq, a well respected attorney and podcaster in the space, has 116.4K followers but does not share his name or picture on twitter and most in the industry do not know his true identity. Other notable anon accounts include @DocumentingBTC (212k followers), @AngeloBTC, (199k followers), @AltcoinPsycho (134k followers), @loomdart /(138K Followers)

@TheCryptoDog explained to me, “Most of crypto twitter being pseudo-anonymous shows that your government-sanctioned identity is not necessary to build a reputation and/or business. Pseudo-anonymity is at the very core of the crypto culture. People always ask, “Who is Satoshi?” Satoshi is Satoshi, and that’s all he/she/they need to be.”

@loomdart agreed, telling me “I think there is virtually zero difference between an account being anonymous versus not, and both should be treated the same.”

It is clear that users should be able to choose whether their true identity is part of their twitter experience or not. That said, Twitter is struggling with how to balance this need for privacy and the risks that may come with it.

Over the last few years, as Twitter has verified less accounts, the amount of impersonators and scams occurring have increased, especially in the cryptocurrency space where novices don’t always know who to trust. It is not uncommon for fraudulent accounts to use twitter profiles and tweets to find followers and eventually a group of individual to try to defraud.

As someone with only 27,000 follows (a small amount compared to many others) I receive at least 10-15 messages a week from people alerting me that impersonator accounts are using my information to try to scam them. Recently, I have received messages that scammers were successful is stealing money from a group of NFT artists.

Unless something changes in the future, the problem of fraudulent accounts will only continue to get worse. There are solutions, but each one comes with a dose of supervision/censorship that can sometimes be anathema to the cryptocurrency space.

The most obvious solution is to verify more twitter accounts, or have an impersonator threshold (for example, twitter profiles would become verified if that account had reported 10 or more impersonators, as this is a sign that this person may be influential enough for someone to use their likeness to scam users.)

Another clever solution proposed to me by Justin Newton, CEO and Founder of Netki is for Twitter users “to stake a small amount of cryptocurrency when they create their social media account:” He went on “they could then lose that stake if they are later found to be an imposter account. Those funds could then either be used to compensate the person who had been impersonated, distributed in a way that encourages the growth or use of the platform, or simply burned.” This would create a blockchain solution that at least in the near term would involve a degree of centralized control by Twitter.

Twitter eventually explained that these accounts had been “flagged as spam by mistake,” as Twitter has “systems that find and remove multiple automated spam accounts in bulk.” That said, many people in the cryptocurrency space will tell you that they feel targeted by ‘mistake’ more often than they should.

Where the Conflict Starts to Arise

There are no easy solutions to this dilemma, even when leaders such as Dorsey acknowledge the problem.

After all consider the following:

Twitter remains an important forum for the sharing of ideas and news, especially as they relate to cryptocurrency and evolving technologies. Perhaps the first step to finding solutions is starting the discussion.